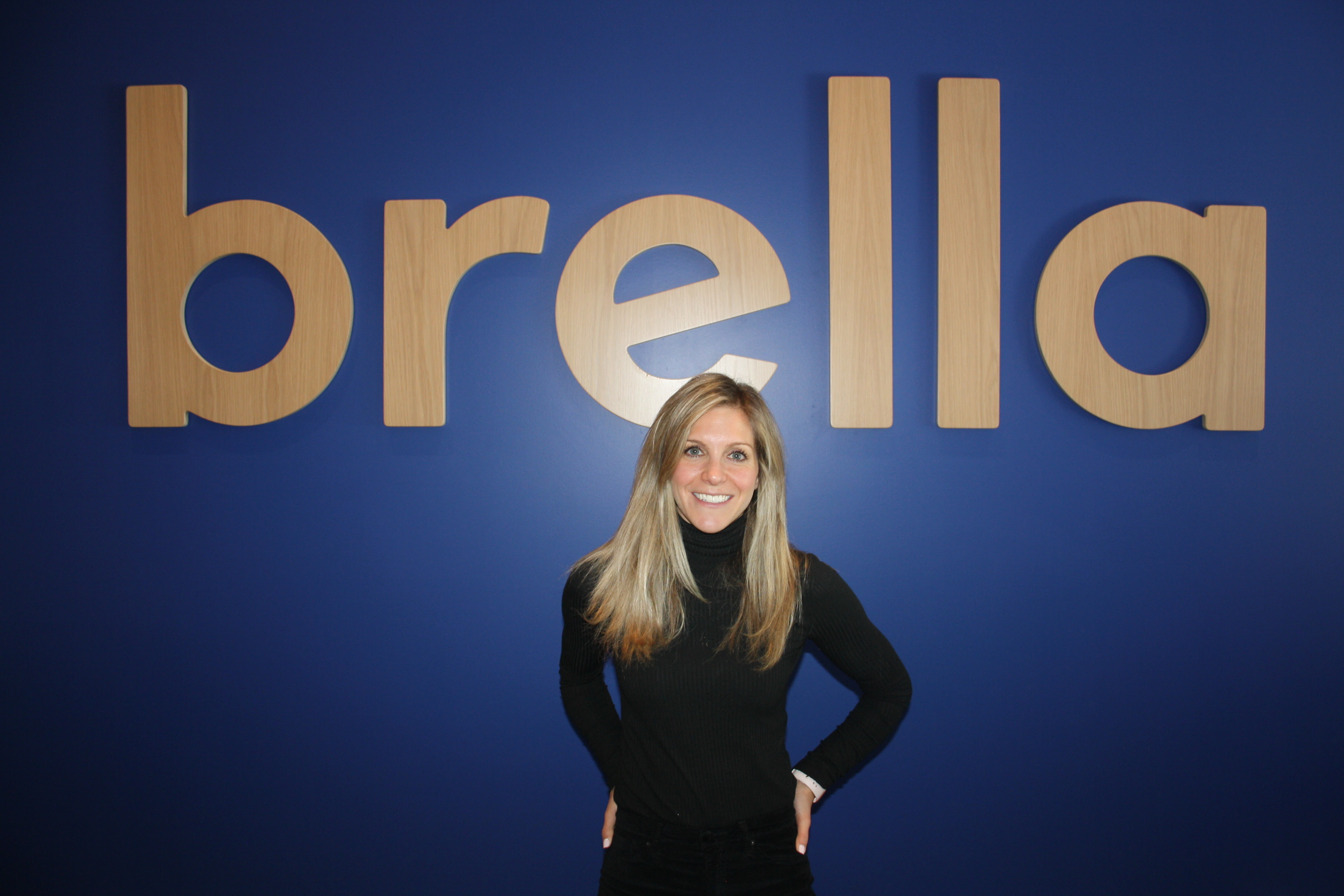 Melanie is the owner of Brella. An on-demand child care service that has been open for a couple of months. 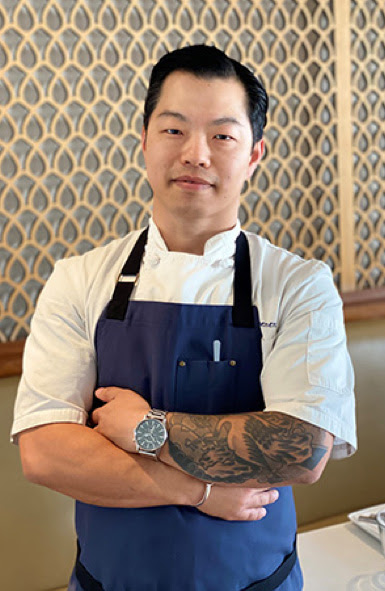 Marina del Rey Hotel in Los Angeles is delighted to announce the appointment of Chef Peter Coenen as the new Executive Chef. Chef Coenen will spearhead the culinary team at SALT Restaurant & Bar, the hotel’s modern American restaurant. Chef Coenen spent the earlier years of his career honing his skills at luxury properties around the country, namely The Ritz Carlton in St. Thomas, U.S. Virgin Islands and The Inn at Palmetto Bluff in Bluffton, South Carolina. Soon after, Coenen moved to Chicago where he continued to enhance his culinary expertise starting at one Michelin starred Boka Restaurant in 2010. During his nine years in the Windy City, Coenen served as Executive Chef at The Gage Restaurant and later the Chicago Athletic Association Hotel, where he oversaw all operations of the hotel’s four food and beverage offerings, including his fine dining restaurant, Cherry Circle Room, a James Beard Awarded restaurant, as well as two freestanding restaurants as the company’s Corporate Executive Chef.

Coenen’s renowned flavors and success earned him recognition in 2018, earning a StarChefs “Rising Star Chef” award. Under the oversight of Coenen, Michelin recognized his work at Lonesome Rose with a Michelin Bib Gourmand in 2018 within one year of its opening. Chef Coenen’s exceptional talent and desire to break into the Los Angeles food scene brought him to SALT where he aims to tempt guests’ taste buds at every visit and enhance the restaurant’s reputation for delivering seasonally-inspired and locally-sourced Californian cuisine. A master at his craft, the passionate chef fuses his love for seafood with sumptuous modern flavors, establishing divine taste experiences through premium ingredients and minimalist plating while staying true to his contemporary influences. Inspired by global flavors and techniques, Chef Coenen intends to redefine coastal cuisine with refined rusticity in the heart of Marina Del Rey. 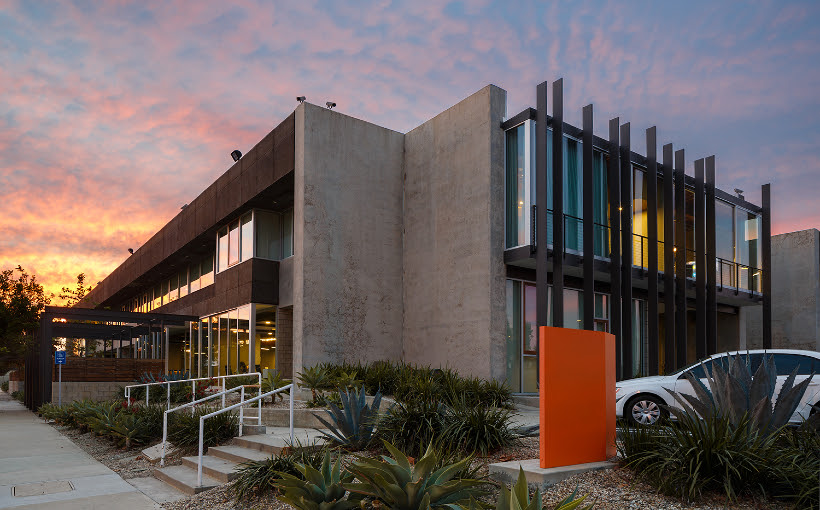 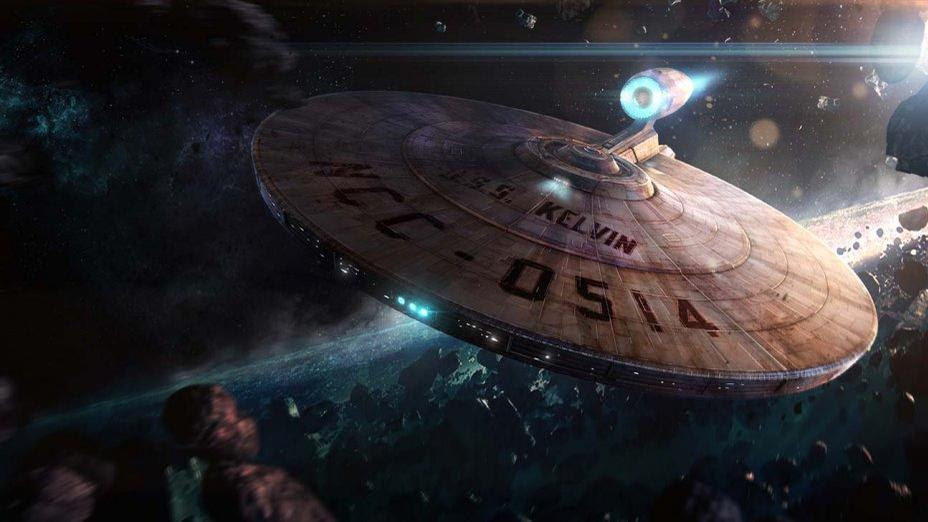 Walt Disney Co. in Burbank sold game developer FoxNext Games to Culver City-based mobile game publisher Scopely Inc. for an undisclosed sum on Jan. 22. FoxNext is best known for its mobile action game “Marvel Strike Force,” which launched in March 2018 and generated more than $150 million in its first year of sales, according to the company. Disney acquired Playa Vista-based FoxNext games in March 2019 as part of its $71.3 billion purchase of 21st Century Fox. Disney will retain a portion of FoxNext’s licensed portfolio. “In addition to successfully growing our existing business, we have been bullish on further expanding our portfolio through M&A, and FoxNext Games’ player-first product approach aligns perfectly with our focus on delivering unforgettable game experiences,” Scopely Chief Revenue Officer Tim O’Brien said in a statement. 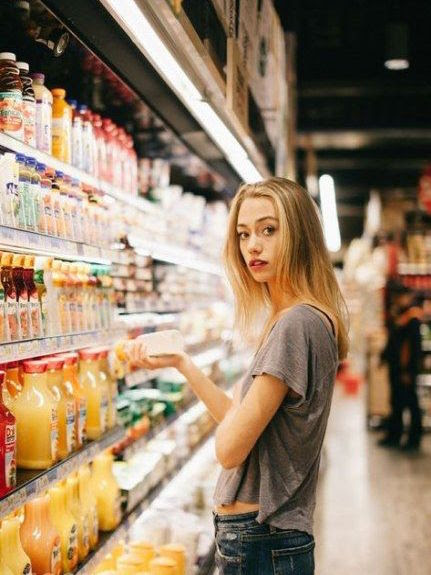 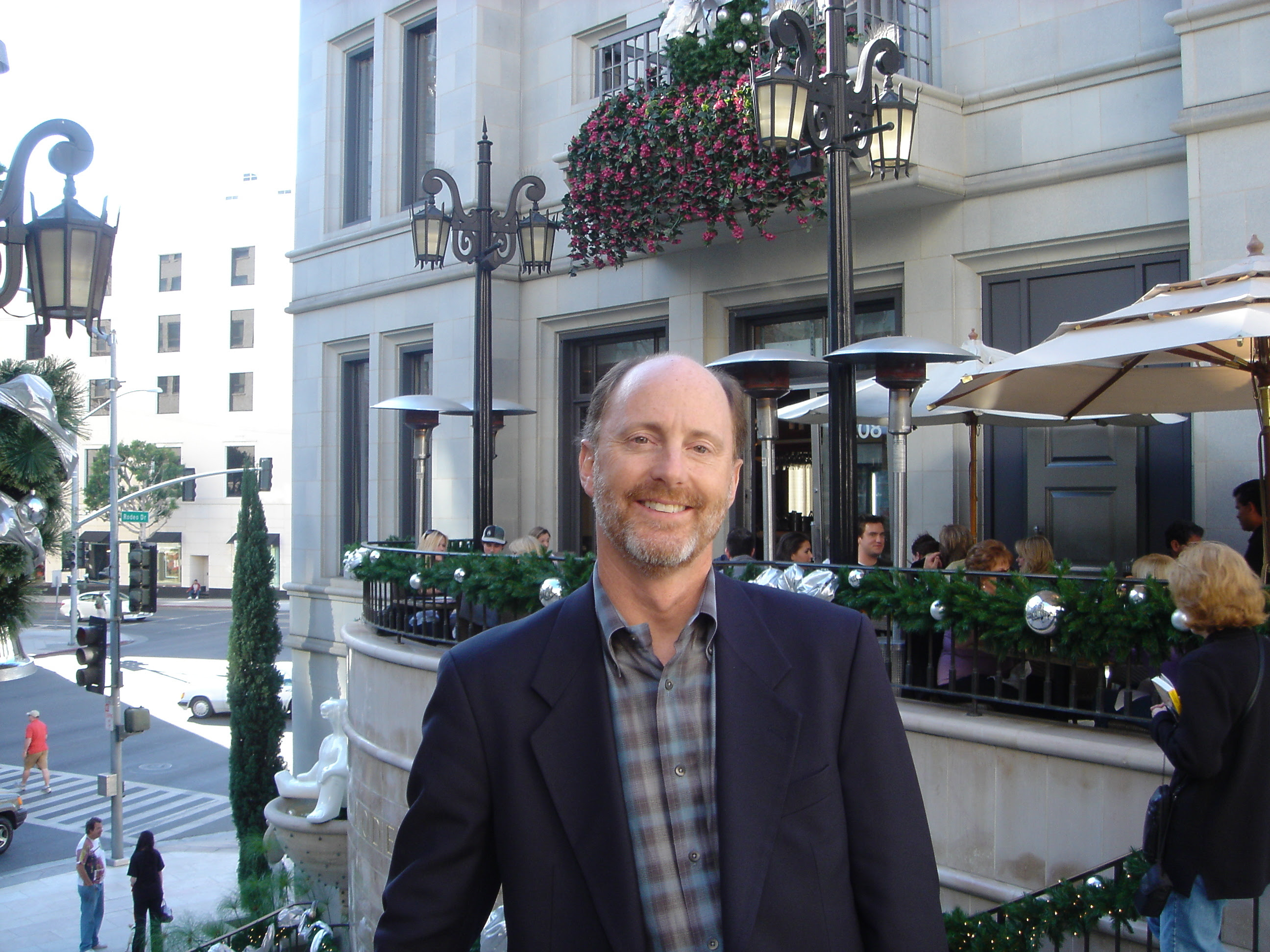 Q: Where were you born?— I was born at the Church of Scientology.  Well, at least that’s what it is now.  Back in the day it was Cedars of Lebanon.

Q: Where do you work, and where did you go for your job training?— I work in West L.A. at my business management firm where we represent the financial interests of a wide array of clients.  I did my job training at another business management firm when I was a younger pup.  It was fun training as the firm represented all of my music heroes- Jackson Brown, Crosby Stills Nash & Young and a litany of music talent.

Q: How did you end up in Marina Del Rey? — It was time to downsize since our four children had abandoned us for a life of their own.  My office is in West L.A. so the location was perfect and much better the living in Encino where I fought my adversaries on the 405 every day.  And who wouldn’t want to live near boats and water?

Q: Where are your favorite places to go on weekends?— The beach, walking the Venice bike path, Charcoal Venice, Killer Café, anything on Abbot Kinney, and we joined a boat club so being on the water is indescribably tranquil.

Q: Do you visit Playa Vista often?— A weekly motorcycle cruise along Vista Del Mar is mandatory.  The Cinemark theater is also a nice place to land.

Q: Any local traffic shortcuts that you would choose to share?
—None that I would want to share.  Ahhhh, don’t take Lincoln?

Q: Are there any community events you go to in Playa Vista?
— Marina boat shows and the like but I don’t think that’s Playa.

Q: There are so many great people and businesses in the Playa Vista community. Is there any of particular interest you would like to share?— Still learning about the area as we’ve been here less than a year.

Q: What does the perfect day in Playa Vista look like to you?
—  Hate to be cliché but every day is pretty special to be there. 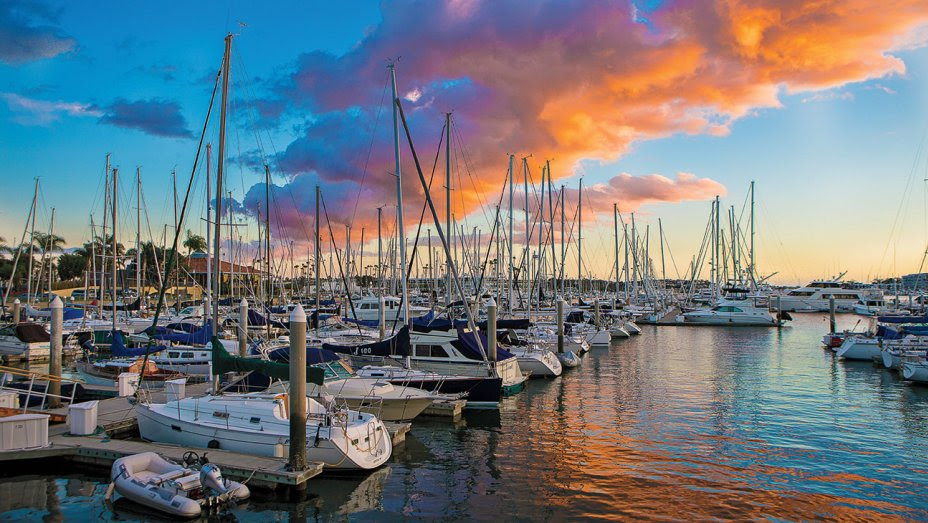 Marina del Rey, like much of the City of Angels, has a rich and colorful history – it’s just not all that old. The harbor at the heart of the community of Marina del Rey is a splendid example of a successful Army Corps of Engineers project; funded and planned cooperatively by the Federal government, Los Angeles County, and private developers, it is the largest man-made marina in North America, with over 4,600 boat slips.
Blessed with a temperate climate and stunning views of the Pacific Ocean, this unincorporated district of Los Angeles County with a population of just over 8,000 began as a dream that, to paraphrase Marcel Proust, became an address.

The Shoshone and Gabrielino/Tongva Indians were the region’s first residents. They lived along the bluffs above the ocean and were the area’s first fishermen and hunters but by no means the last. Eventually, they shared the land and sea—the good duck hunting and steelhead trout fishing—with the Spanish explorers and, in time, with the first Angelenos. The dream that eventually became modern Marina del Rey began in 1887 when a developer named M.L. Wicks (working under the auspices of the Santa Fe Railway) sought to create a commercial harbor for the city of Los Angeles from the estuary and inlets of the village of Playa del Rey. Three years, one wharf-destroying storm, and $300,000 later, Wicks’ Port Ballona Development Company —the name probably derived from la ballena, Spanish for “whale”— was bankrupt and the ducks and hunters resumed their seasonal pas de deux.

Not long after Wicks’ fall, a visionary named Abbot Kinney had his own dream: the creation of an oceanfront cultural and recreational haven, complete with an extensive system of canals and bridges modeled on a certain sea-surrounded Italian paradise in the blue Adriatic. Kinney magnificently pulled off his ambitious artistic vision immediately north of today’s Marina, where he founded Venice-by-the-Sea, later shortened to Venice. The community reigned as the Coney-Island-of-the-West for some 30 years, though it faded in the mid-20th century. Venice rebounded in the 1960s, and today it still carries that era’s bohemian attitude and culture. Modern Venice Beach is home to painters, poets, bodybuilders, performance artists, street vendors, and eccentrics of every conceivable stripe—think New York’s Greenwich Village with better weather and tans. A modest portion of Abbot Kinney’s grand scheme of canals and bridges remains to this day, a few blocks northeast of the Venice Pier.

Over 70-some years after Wicks’ failed attempt to create a marina from what was mostly wetlands (locals called it a swamp), his concept periodically piqued renewed interest of various governmental and private developers. But in 1936, the region lost the commercial harbor debate to southern neighbor San Pedro, now the home of Los Angeles Harbor, the West Coast’s largest port.
It would be another decade before plans for our own harbor were revived, and during those intervening years, the area was making history of different sorts. Early automotive races, sometimes featuring Barney Oldfield, one of the sport’s first stars, ran from Playa del Rey to Venice along a roadway on the Marina peninsula, now appropriately named Speedway. Pacific Electric ran its famed Red Car line here. And beneath those rails was “black gold”—and plenty of it. As far back as the 1920s, oil rigs had dotted the landscape, the iron skeletons stretching as far as the camera could see. All the rigs are gone now, replaced by volleyball nets, beachfront apartments, lifeguard stands, and surf and bike shops.

The wetland landscape didn’t dissuade the eccentric multimillionaire Howard Hughes from relocating his Hughes Tool Company in 1940 to over a thousand acres in the nearby Ballona Wetlands. There he constructed Hughes Airport (with the world’s longest runway at nearly 2 miles) and built the famous Spruce Goose, a huge wooden aircraft that flew just one short flight, with its chagrined creator at the stick. 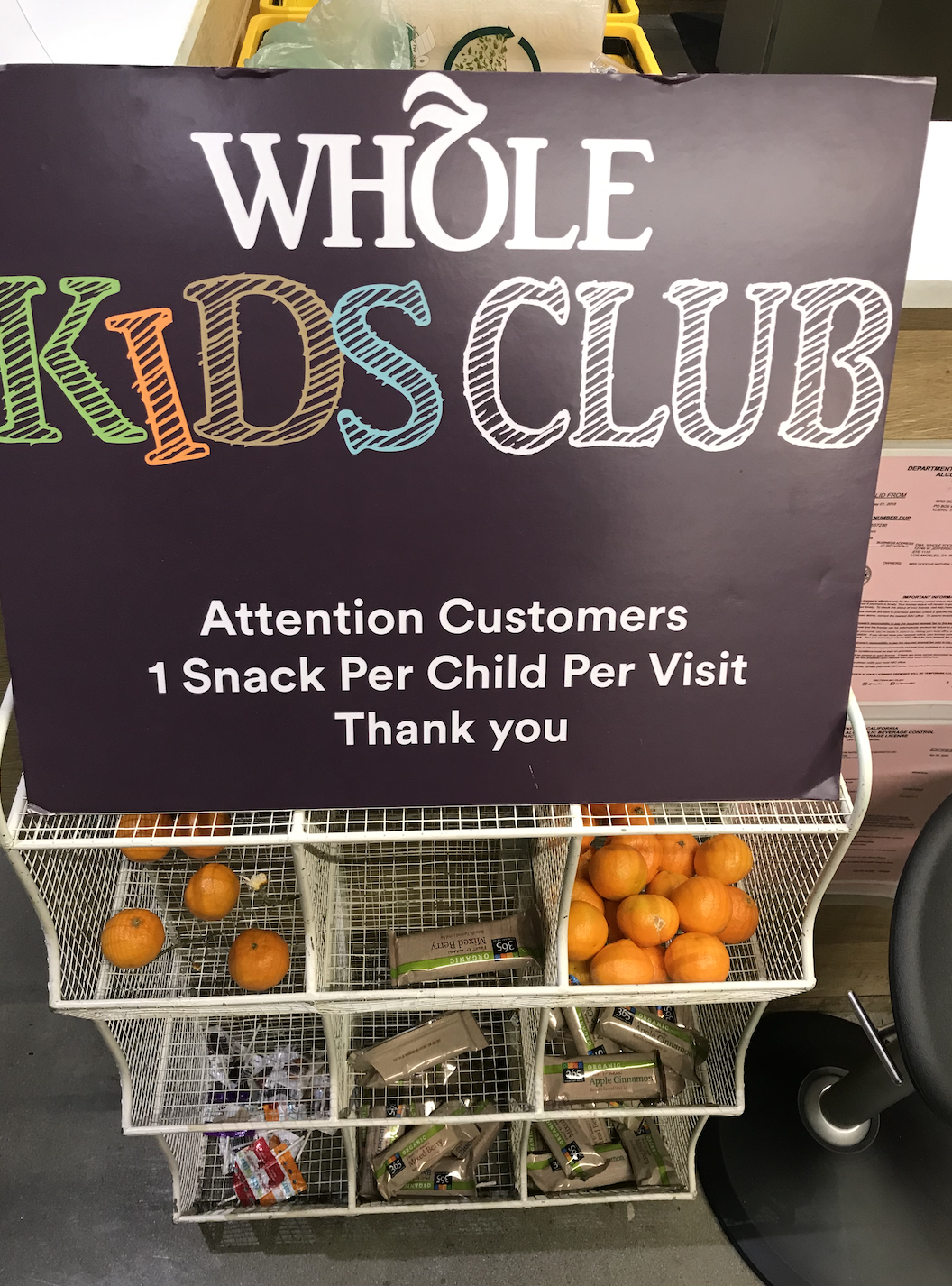 A new fun feature at Whole Foods in Playa Vista. 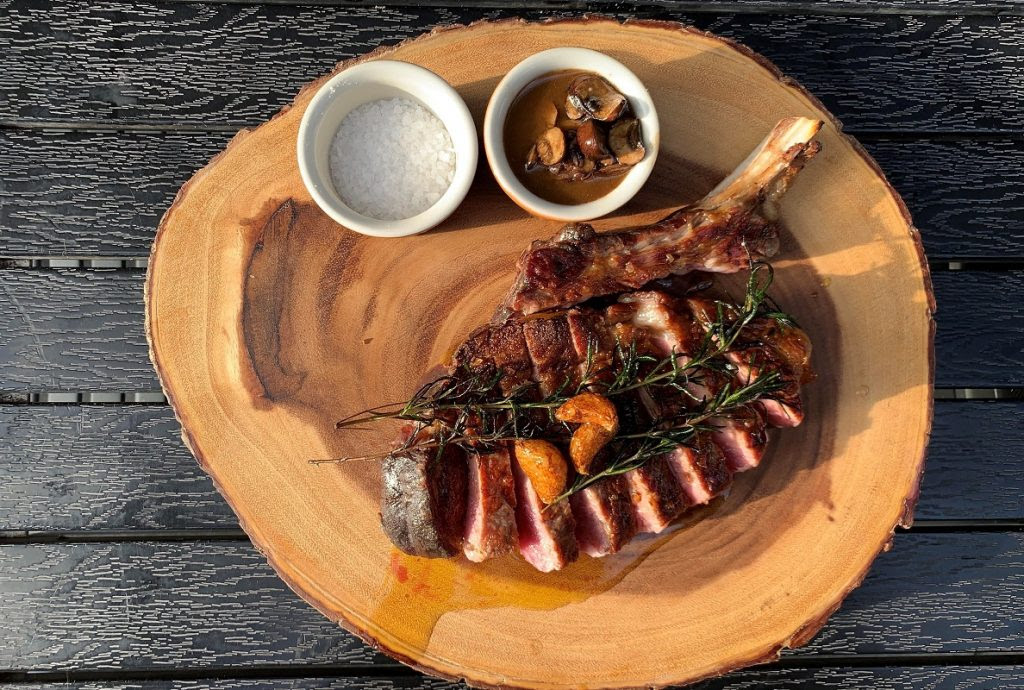 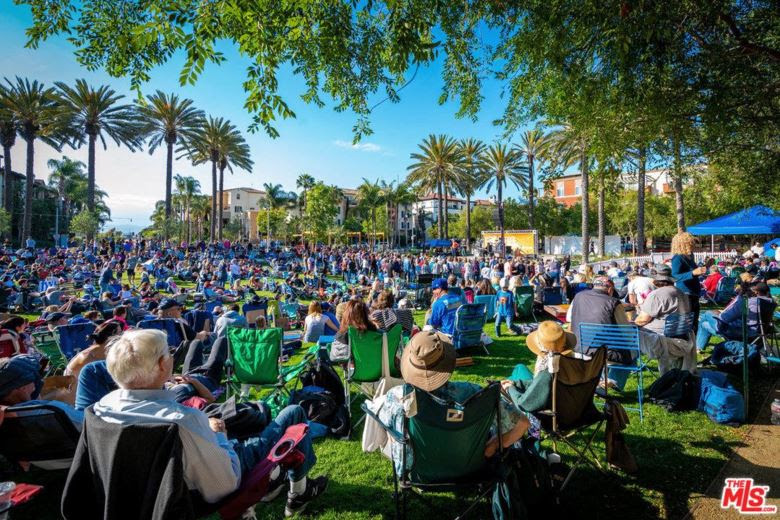 Top 5 reasons your business should advertise in Playa Vista People. 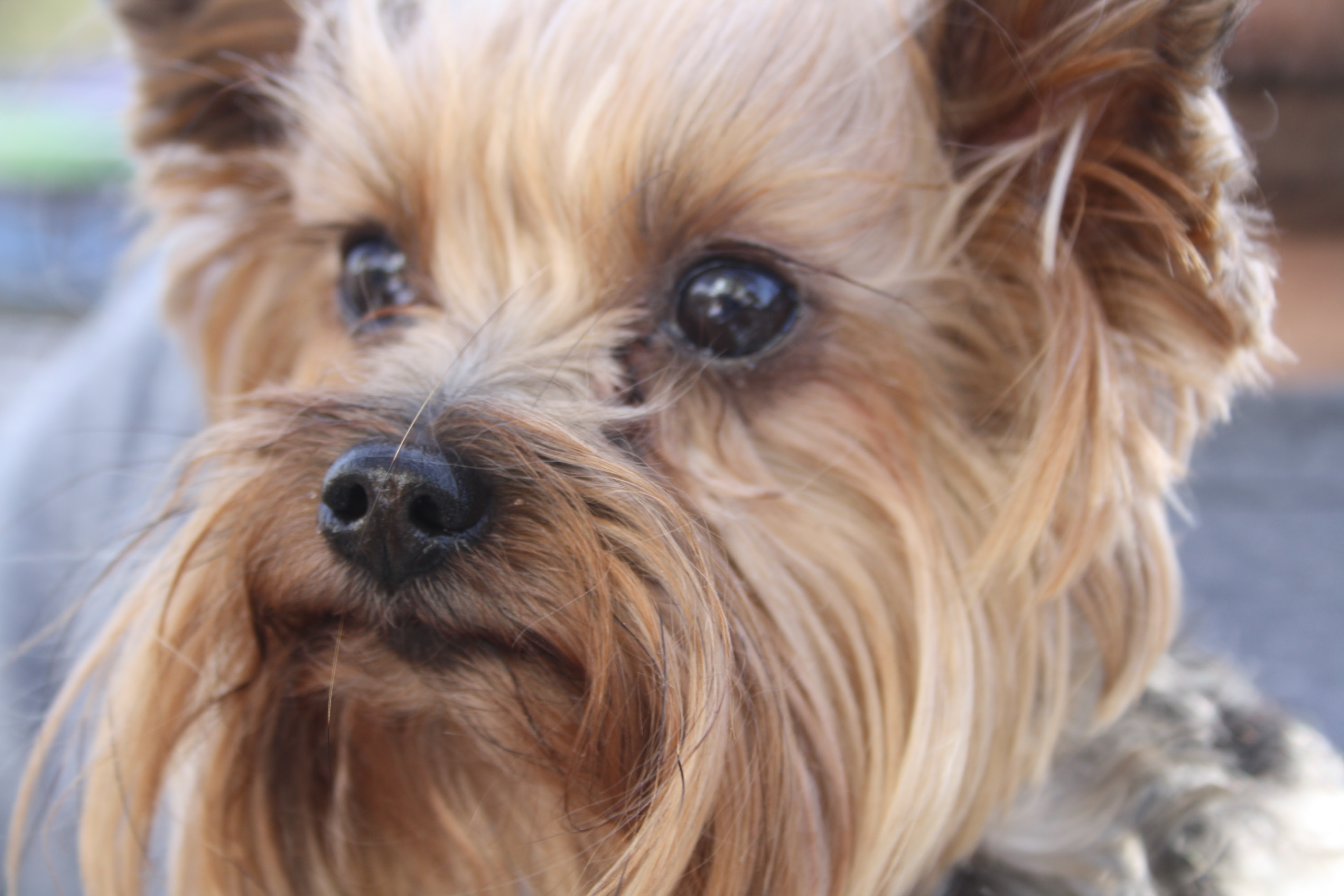 Lakita taking a stroll down Runway.

1. ***In his later years, my once-svelte cat Digger took on a more corpulent frame as his mobility decreased. So if you see me walking around the Runway with a Fat Cat, please come over and say hello. ——- Zoey P., Playa Vista

3. ***Week in and week out the Starbucks in Playa Vista is a mess. I sure hope the coffee machines are cleaner than the bathrooms, which are always a disaster. The staff just doesn’t seem to care. —– Gwenn W., Playa Del Rey.

5. ***Let’s be honest, Councilman Mike Bonin is a radical far-left Bernie Sanders devotee. No wonder the Homeless problem in the area has gotten to a third-world level. —– Rita C., Marina Del Rey.

6. ***“Where the hell have all the security guards gone at the Runway shopping area? I used to see them all the time. Haven’t seen any in many many months.” – Gloria A., Playa Vista

Experienced author seeking smart, reliable, resourceful entry-level research assistant for part-time, flexible hours assignments. Must be available for occasional meetings on the Westside of L.A. Work mostly from home. A great opportunity for the right person. An extraordinary addition to your resume. Send resume (no attachment) with complete contact details including phone number. E-mail to: Aurora411@TimeWire.net