Zelda has lived in Marina del Rey since December 2008

Police Saturday sought the public’s help in identifying an armed suspect who robbed a Trader Joe’s in Culver City of approximately $1,000 during a money transfer, also snatching cash from four separate cash registers. Officers received a radio call at 8:45 p.m. Friday of a robbery in progress at a Trader Joe’s at 9290 Culver Blvd., just south of Venice Boulevard, the Culver City Police Department reported. They arrived at the scene within seconds, police said, however the suspect had already fled the location.

He had walked into the store and approached the manager, who was in the process of conducting a money transfer. The man pointed a gun at the manager and demanded money. “After robbing the manager, the suspect approached four separate cashiers at gunpoint and demanded money from their respective registers,” according to a police statement. “The cashiers complied, and the suspect then exited the store and ran towards the parking structure, where he entered an unknown type vehicle, white in color.”

The suspect was described as a male Black, from 20 to 30 years old, approximately 6-feet tall with a thin build wearing a dark blue hoodie and black pants. His vehicle was described as a white four-door sedan. Culver City police urged anyone with information regarding the robbery to call them at 310-253-6316.

Capri Gelato & Coffee Barhas brought the taste of the Amalfi Coast to Marina del Rey. With fresh and unique gelatos, sorbettos, a coffee bar and bites, the waterfront community can enjoy a special part of Italy through the delicious and natural menu. The Italian eatery opened its doors to the Marina del Rey community on Oct.17 and served free cups of gelato and sorbetto. Customers not only got their first taste of Capri, Italy, where some of the best gelato in the world is made, but they were also immersed in the scenery and culture.

“It’s such a beautiful thing when you can share something that makes people happy,” says Remi Zimmerman, marketing & events manager and gelato chef at Capri Gelato & Coffee Bar. “I think ice cream and gelato have that ability.” Back when Capri Gelato & Coffee Bar was a catering company, it debuted its mobile gelato and espresso carts at the Golden Globes in 2019 and 2020, which proved to be a big hit and ultimately paved the way for the successful storefront. According to Zimmerman, the owner of Capri Gelato & Coffee Bar, who visited Capri every summer, decided to open in Marina del Rey because he felt the waterfront community shared many similarities with the island in Italy. “It has that similar vibe to Capri,” Zimmerman says.

Zimmerman explains that Capri Gelato & Coffee Bar has a whole gelato case in the store dedicated to sorbettos. These sorbettos also highlight the taste of the Amalfi Coast as they are made from fresh fruit, aren’t frozen and don’t have any purees. They are also vegan and non-dairy. All of the ingredients are fresh and locally grown, as many ingredients are from farmers markets. Because Capri Gelato & Coffee Bar is dedicated to making its dishes with fresh items, the gelato menu changes every two weeks so that everything remains in season. Not only do Capri Gelato & Coffee Bar’s menu items take you to Italy, but so does the atmosphere of the store. Zimmerman says that opening during the pandemic had presented some opportunity as they were able to provide a vacation-like experience during a time when there is no travel.
“We just wanted to create this vacation-inspired spot for locals,” Zimmerman says.

On opening day, some customers said that they had either planned to go to Italy for the summer or had just returned from visiting there. “They were really excited to have gelato flavors and coffee that reminded them of a place or experiences that they have really enjoyed,” Zimmerman adds. The store shows a map of Capri, along with plants and paintings of the Italian island and Los Angeles to demonstrate the best of both worlds. It also showcases lemons on tables and in its food, as lemon trees are prominent in Capri. Aside from ice cream, the store has a variety of other menu items including coffee, pastries, toast and more to garner the authentic experience of dining in Capri. However, your passport to Capri extends beyond your store visit. If you subscribe to their mailing list, you can receive updates twice a week on coffee specials, breakfast items, new menu items, loyalty programs and coupons. They are also currently launching a delivery system with Uber Eats .

Lincoln has been working in Playa Vista since December 2018.

This 1970 Plymouth GTX, recently seen in Culver City, was restored in 2005 and was given a second repaint in its current black in 2015 by Oceanside Kustoms at a cost of over $15k. Power comes from a 440ci V8 that sends power through a 3-speed automatic transmission.

The term, “𝑹𝒂𝒈𝒐𝒖𝒕” comes from the French ragoûter, meaning: “to revive the taste”.
The basic method of preparation involves slow cooking over a low heat. The main ingredients are many; ragouts may be prepared with or without meat, a wide variety of vegetables may be incorporated, and they may be more or less heavily spiced and seasoned.

Winner of Best of Los Angeles Award “The Best Personalized Food Delivery Service – 2020.”
“Thanks to Z.E.N. Foods I was able to pack on lean muscle for my role as a marine.”
– Zac EfronActor – The Lucky One

Q: Why did you choose to work for Sit N Sleep in the Silicon Beach area? How did you get there?
— I grew up here in Los Angeles, and when I heard about what a great business Sit ’n Sleep was, I had to come check it out.This location is our top performing store, so I had to prove myself working in other Los Angeles stores before being promoted to Assistant Manager here.

Q: Would you have to say has been the forefront of your success in your career? How did you develop your process in your work?
— I grew up with strong values instilled in me by my father, and I’ve been able to excel in my field using the ideals I’ve been taught.

Q: Do you see yourself going beyond the Silicon Beach area. Where are you from?
—I was born and raised here locally, and plan to live here forever!!!

Q: In what ways have you seen the area change since you’ve been here?
— We have noticed a big increase in clients of ours who work in the tech space..they are more online savvy now, which has helped me become very well versed on every type and style of mattress for their needs.

Q: Where are your favorite places in the Silicon Beach that aren’t well known?
– Walking through the Playa Vista area, I love all of the little parks and walking trails, there’s some great little restaurants that my girlfriend and I frequent regularly.

Q: What was your first impression of the Silicon Beach, was it love at first sight or did it take time to adjust?
— It has been cool to see the changes take place here, growing in the area I got to watch it be built from the wetlands up.

Q: What area would you like to see improved the most?
— Obviously anyone driving under any freeway pass or beach area, you can’t help but notice the influx of homelessness increasing at a dramatic rate..there’s a new encampment set up almost daily, and it is heartbreaking to see.

Q: Are there any scenic routes you like to take when going out for the evening or for a regular trip to work?
Vista Del Mar will provide some of the most beautiful views in Southern California, that’s the route I take when I need to relax and find gratitude for the place I live.

Q: How would you best describe the atmosphere of the Silicon Beach, is there anything that stands out to you?
— Silicon Beach would best be described as a high end area with a laid back beach vibe..very successful people have decided that the beach areas is where they prefer to reside, and that space is continuing to grow all the time.

Q: What are your favorite restaurants in the area?
— I love some of the staples, Panini Grill and Blaze pizza are a couple off my go to’s, there’s also amazing poke spots spread all over. 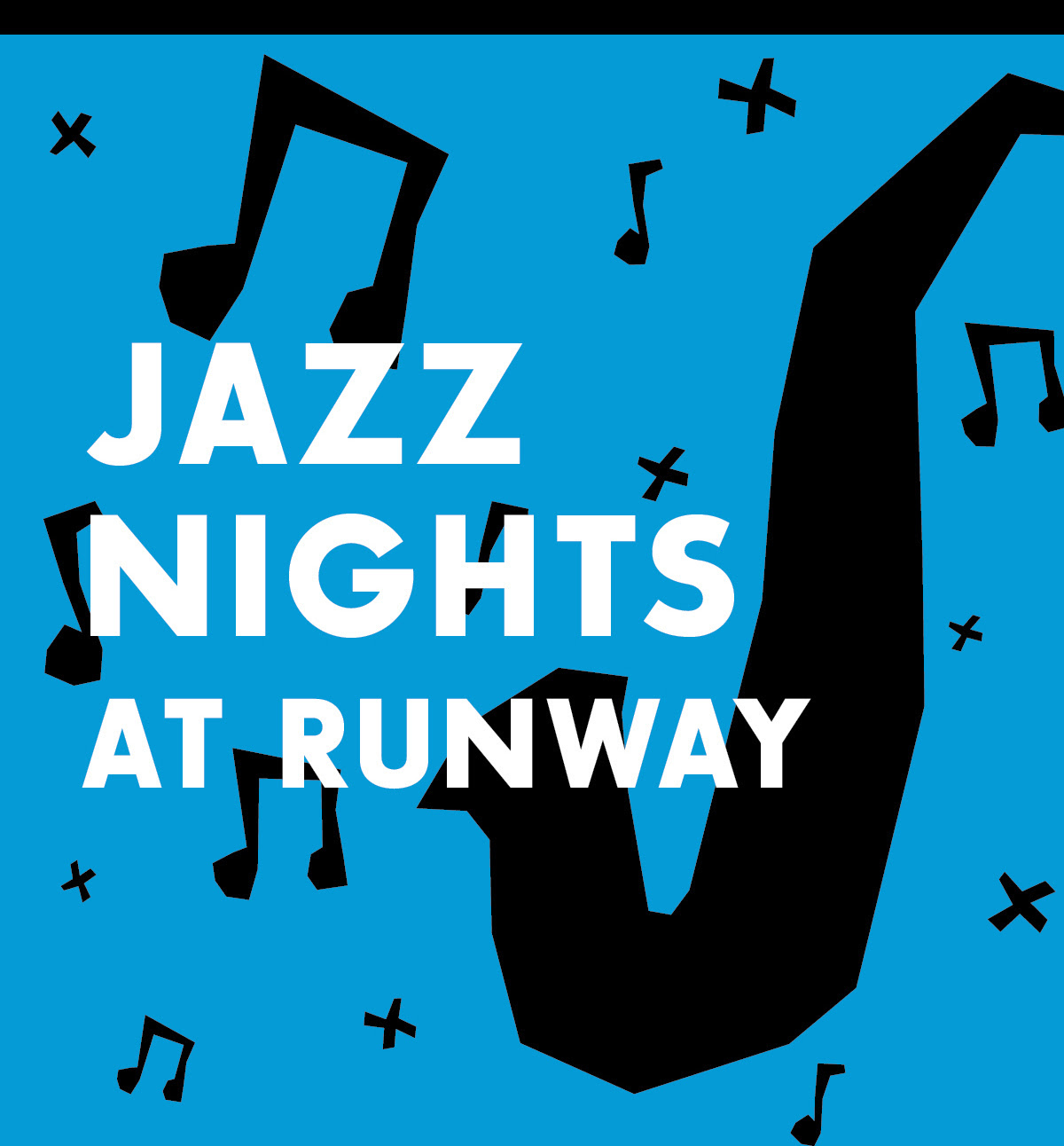 *PLAYA – SEE IT: “IT WASN’T ALWAYS UNDER WATER”

What once was marshland, Marina Del Rey is now North America’s largest man-made small-craft harbor.  It currently holds around 5,000 boats and is a popular sunning spot for seals along the docks. 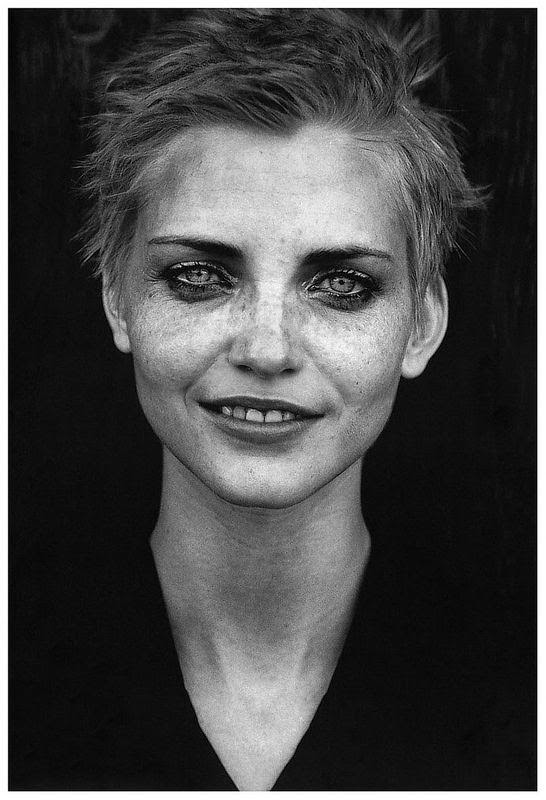 Oyster’s appetizer at the new, Bull and Butterfly in Playa Vista.

Rebel has been working in Culver City since January 2019

1. *** The food at Urban Plates in Playa Vista is always fresh and extraordinary. And the prices are very reasonable. My whole family loves the place. —– Rhonda T., Playa Vista

2. ***I can appreciate a sentimental or romantic film, but syrupy “chick flicks” are another thing altogether. —- Karen K., Westchester.

3. ***”Several years ago, I was blessed to get the best chiropractor in Los Angeles, Dr. Robert Jeffrey (https://www.drrobertjeffrey.com/). I can’t recommend him more strongly.” – Darla Jennings, Marina Del Rey.

4. ***I am so sick of the noise coming from the homeless at the Lagoon. It’s 2am and they have a white van backed in by the restrooms. They’re blasting their music and talking loudly. You can hear glass bottles hitting the parking lot pavement after consumption. Enough already. Go somewhere else and be disruptive. Honestly. —— Monique La, Playa Del Rey.

9. ***Fireworks of any kind, are illegal in Los Angeles County. Annually, fireworks cause brush fires, house fires, millions of dollars in damages, injuries, and even death as it happened in the recent fires that swept CA. Please encourage residents to report any illegal fireworks to law enforcement. Possession or use of illegal fireworks can range from a fine of up to $1000 to one year in county jail. Certain products like m-80’s and m-100’s are considered explosives and are a felony to possess with penalties as high as 16 months in state prison. Parents are also liable for any damage or injuries caused by their children using fireworks. —– Gigi Lopez, Westchester.

10. ***Anyone experiencing low water pressure in the area north of Palms and west of Centinela? —- Leslie Lee, Mar Vista.