SmileDirectClub will bring the SmileBus to Culver City Tuesday, offering complimentary and convenient teeth cleaning. The oral care company offers a telehealth platform for teeth straightening and brings its SmileBus to different cities across California. You can make an appointment in Culver City through 6 p.m. Tuesday at Westfield Culver City, 6150 Slauson Ave. and get a 3D scan of your smile, along with a complimentary whitening.

If you sign up, within 72 hours of your visit, one of the affiliated dentists or orthodontists will evaluate your information and, if you are a good candidate for treatment using our platform, you will receive a customized, doctor-prescribed treatment plan just for you, according to the company. And if you approve, the company will ship your entire set of aligners right to your door. “SmileDirectClub’s mission is to empower everyone through the transformation of a confident smile,” the company said in a news release. “Take on tomorrow and every day after that with a smile that has you feeling like a boss.”

Book your appointment Tuesday at the SmileBus in Culver City.

The department is now changing its approach. Cid released the following message:

During the second half of 2020, the Culver City Police Department put in place four initiatives to help improve our service and overall effectiveness to the Culver City Community: 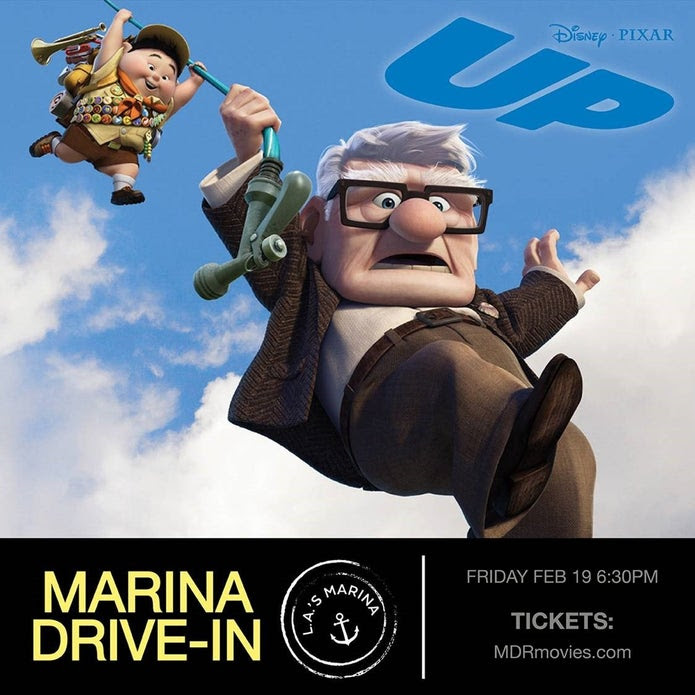 Watch movies by the sea and safely in your car at the new Marina Drive-In pop-up cinema featuring Disney/Pixar’s Up (PG). Showtime is 6:30 p.m. Moviegoers are encouraged to buy take-out from local restaurants or bring their own food to enjoy.

Featured shows include a variety of old-school, classic and new films for moviegoers of all ages.  Tickets are $20 per vehicle and must be pre-purchased online. The Marina Drive-In is located at Parking Lot #2 at 13477 Fiji Way (same parking lot as the Public Boat Launch).
Fri, Feb 19, 2021 at 6:30 PM
Address: 13477 Fiji Way, Marina del Rey, CA, 90292
More info: https://www.visitmarinadelrey.com/events/marina-drive-in-movies

Catalytic converter thefts can take about 60 seconds — and that’s it. Sheriff’s deputies from the Marina del Rey Station are sharing tips on how to prevent these common thefts with some simple suggestions and recommendations.

Here’s what you can do:

Catalytic converters are an exhaust emission control device that reduces toxic gases and pollutants in exhaust gas. They contain valuable metals such as platinum, palladium and rhodium. People steal these devices and sell them. In the past, SUVs and trucks have been targeted in catalytic converter thefts, officials said.

Recently, Toyota Prius have been targeted because they are light and it can be easier to lift them with a car jack, deputies said. It can cost anywhere from $500 to $4,000 to replace a catalytic converter depending on the vehicle. 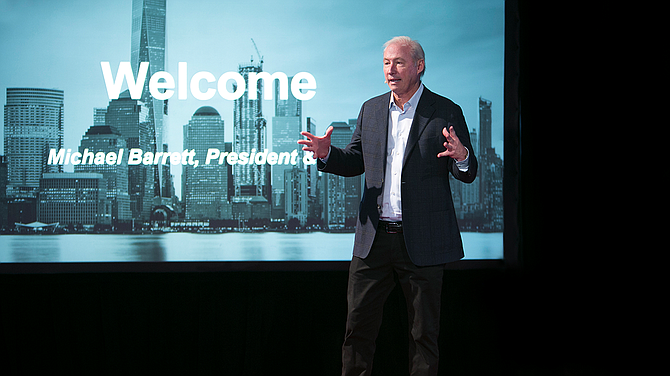 Magnite Inc., a Playa Vista-based advertising technology company, has announced plans to acquire video advertising platform SpotX from European media company RTL Group for $1.17 billion in cash and stock.  The acquisition, announced Feb. 5, consists of $560 million in cash and 14 million shares of Magnite stock, according to the companies.

Magnite operates a sell-side advertising platform, meaning that it helps websites, mobile apps and connected TV, or CTV, channels sell advertising space on their content. The company is a relatively new entity created last year in a merger between Playa Vista-based advertising technology company Rubicon Project Inc. and New York-based Telaria Inc.  According to Magnite, its latest purchase will create “the largest independent CTV and video advertising platform in the programmatic marketplace.” Programmatic advertising is the automated buying and selling of advertising on digital platforms. It uses computer algorithms to price and auction advertising space based on factors such as viewership.

The SpotX purchase is part of a push by Magnite to strengthen its position in the CTV advertising market. That segment has been a bright spot in the advertising industry over the last year, remaining strong throughout Covid lockdowns as other advertising budgets have dwindled. “Sellers have been looking for a scaled independent alternative to the giant companies who dominate the CTV marketplace,” Magnite President and Chief Executive Michael Barrett said in a statement.

“The combination of Magnite and SpotX will make this a reality by bringing together the best CTV technologies and teams at a critical time,” Barrett said. “Ad-supported CTV is just beginning to draw budgets from linear TV and we will be well-positioned to participate in the strongest segment of industry growth for the foreseeable future.” Mike Shehan, co-founder and chief executive of SpotX added, ““As CTV flourishes and the media industry continues to turn to programmatic, there is a huge opportunity for an independent scaled company to offer the single most comprehensive technology in the market.” Magnite’s stock closed up more than 26% to $54.95 on the day of the announcement.

Milkshake has lived in Culver City since September 2018

Carrie has been living in Westchester since August 2017.

We desire smart, intriguing, bold voices in our area to write a 200-word column once a month for Playa Vista People on any subject that interests you as long as it involves our area and community (Playa Vista, Marina del Rey, Culver City, Playa del Rey, Westchester).

Your words will reach approximately 25,000 influential people in our community Please let us know if it’s something you’re interested in by contacting us @

Kenneth has been living and working in Playa Vista since April, 2015

2. ***”Have you considered See’s Candies for Spring BUSINESS GIFTS? Purchases $500+ receive FREE shipping and up to 30% discount-the more you purchase, the more you save! We also offer a virtual, contact free FUNDRAISER option for these pandemic times! Easter candy ships 2/22/2021-3/19/2021.
Email for more information: sfreeman@sees.com.

3. ***Person looking into cars. I approached a person who was looking into cars around 7:15 pm on Ramsgate. Tall thin white male 5’10, black pants and trench coat with a red tee-shirt. I followed him for some time until he turned and headed toward 79th St. Careful if you decide to walk tonight. —– Bill Dominquez, Westchester.

4. ***Truck Stolen. My husband had his truck stolen from in front of our house last night. He had all of his work tools locked in the back. He is a contractor. We are located on Campion. This was a huge loss.  —– Margie Sofer, Westchester

5. ***Hockey is a sport. Fighting is a sport. Hockey is the only sport that allows you to take a break and play another sport in the middle of a game. —- Cal T., Playa Del Rey

6. ***Hello I have been to a few dog parks but my dog recently was attacked (he’s okay) … I keep noticing aggressive dogs in the parks I have been to. I have a husky who plays a little rough but wouldn’t hurt anything or anything. He loves the parks and is a way for him to burn energy off. —- Rachel Duffy, Westchester.

7. ***Be careful out there. I’ve been following the Spot Crime app. for years. It is only fairly recently that assaults were reported, and then these reports were rare. Take a look at today’s report. Two of these “assaults” may have involved gunshot wounds. These were reported in the Citizen App. One was in the CVS parking lot in Venice, where a cyclist had numerous gunshot wounds to his leg. The other was in Santa Monica, near Lincoln and Ash, also someone who was shot. I post this only, with sadness and alarm, to make those who are unaware of what is going on in our neighborhoods realize how serious the situation is. —- Elizabeth Weinberger, Del Rey.

11. ***Hello Neighbors. There is a young, non-neutered orange male cat that has been hanging out in our backyard space. He howls a lot and also harasses the neighbor’s cat much. He entered my space one night, a few weeks ago … when I picked him up to put him out, he clawed me in the face. I still have a scar. Then tonight, he was lying on a backyard couch. When I prompted him to leave, he clawed me in five different areas on my right hand and arm. Cat scratches and bites are serious, and can easily become infected. I am a veterinarian. Whoever owns this cat needs to keep him inside immediately. If I see him around the house again, I will call animal control. —- Samala Van Hoomissen, Culver City