The following are the results:

Feel free to share your comments on the results by writing to: PlayaVistaPeople@TimeWire.net

Dani has been living and working in Marina del Rey since March 2009.

·  Do you believe in ghosts? HELL, YES!
·  Have you ever seen a UFO? NO
·  Can cats jump six times their length? MINE CAN.
·  Do you like chocolate milkshakes? YES, MORE THAN SEX. WELL, ALMOST.
·  Were you in the swamp yesterday? HUH?
·  Did you see Bigfoot? NO, BUT THE LAST GUY I DATE MIGHT BE CLOSE.
·  Do you know how to swim? YES
·  Can you play poker? YES

Jessica Alba’s Honest Co. Inc., the maker of non-toxic and eco-friendly personal and household products, on April 9 filed for an initial public offering. The Playa Vista-based company’s stocks will be listed on Nasdaq under the symbol HNST. In the S-1 form filed with the Securities and Exchange Commission, Honest Co. said it plans to use the funds for “operating expenses, working capital and capital expenditures for future growth, including marketing and direct-to-consumer advertising investments, innovation and adjacent product category expansion, international growth investment and organizational capabilities investments.” The company said it may also “use a portion of the net proceeds to acquire complementary businesses, products, services or technologies.”
Honest Co., which has 191 employees, reported its 2020 revenue grew 27.6% to $300.5 million in 2020 compared to $235.6 million in 2019. It also reported a net loss of $14.5 million last year. The company’s three product categories — diapers and wipes, skin and personal care, and household and wellness — represented 63%, 26% and 11% of its revenue, respectively. Alba, an actress and Honest Co.’s chief creative officer, co-founded the company in 2011 with Christopher Gavigan and Brian Lee. She owns a 6.7% stake in the company, according to SEC.

“Over a decade ago, when I had the vision for a business that prioritized people and the planet, the world was different,” she wrote in a letter to shareholders. “Building a brand based on conscious consumers was considered niche and not scalable. Transparency and compassion were not the pillars of a successful business. The big businesses and ultimate decision makers for what goes in, on and around us were dominated by a very narrow leadership profile. This may have been the status quo, but I knew it needed to change … We’re just getting started on our journey; by becoming a stockholder, you’re not only part of a business, you’re part of a movement.”

This will be Honest Co.’s third attempt at IPO. The company signaled that it was planning to go public in 2014 and 2016, but did not officially file until now.

Maggie enjoying a pandemic picnic in her kitchen in Culver City.

Homelessness is rapidly increasing across the Westside and Los Angeles Councilmember Mike Bonin has proposed to add more shelters, including “tiny homes” and “safe camping” sites in areas such as Marina del Rey and Pacific Palisades. “To end homelessness and sidewalk encampments, we need more housing, more shelter, and more services. We need all kinds of solutions — and we need them everywhere we can put them,” Bonin announced in a statement to residents via email newsletter Saturday. Additional shelters, including Bridge housing, have been added to the Westside in Venice near Pacific and Sunset Avenue, along with the VA site in West L.A. and on Mitchell Avenue in Mar Vista. Other sites and interim or seasonal housing have been added in the region. The city has also purchased hotel rooms with plans to convert spaces to housing, including the Ramada Inn on Washington Boulevard in Marina del Rey, which is part of Project Roomkey. The Cadillac Hotel in Venice and 9250 Airport Blvd. in Westchester have also been purchased by the city for Project Roomkey. Several emergency shelters have opened in Venice, West Los Angeles and Westchester.

“We have opened safe parking, safe camping, and emergency shelters,” Bonin said. “And there is more supportive housing on the way. But it is not enough. Across the state, the city and the district, homelessness is increasing.” Last week Bonin submitted a motion calling on the city to push to end homelessness and sidewalk encampments. The proposed sites include locations in Pacific Palisades, Mar Vista, Marina Del Rey, Playa del Rey, Venice, Del Rey, Westchester, and West LA. The city also plans to continue supporting projects in Brentwood at the VA campus, which is located on the grounds of the facility and gives unhoused people access to a campground instead of living on the street.

“We are assessing potential temporary sites for single occupancy “tiny homes” or for “safe camping” at county-owned beach lots at Will Rogers Beach in Pacific Palisades, at Dockweiler Beach in Playa Del Rey, next to Fisherman’s Village in Marina Del Rey, and at a vacant and privately owned lot in Del Rey,” Bonin said. “We are also looking a lot owned by Culver City, for a joint Los Angeles-Culver City program,” he said. “In addition, we are considering potential “safe camping” programs — which sanction camping with onsite security, sanitation, and services — at parts of Westchester Park and Mar Vista Park. Both locations have a large number of tent campers, and safe camping programs there would earmark a section of the park for the program, returning the rest of the space to general public use.”

Permanent supportive housing has been proposed at the following sites:

Outdoor capacity is limited to 25% at Bar Bohémien due to pandemic health guidelines. The new spot opens at 4 p.m. and closes at 10 p.m. 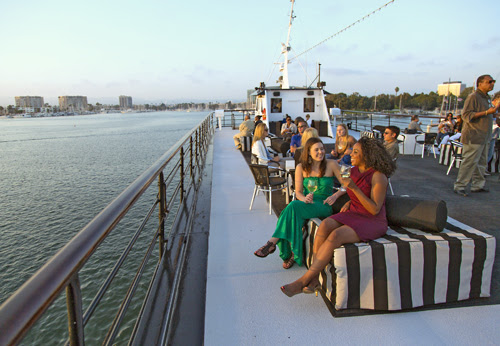 City Experiences is expanding its sightseeing experiences in Southern California and returning to set sail at Marina del Rey. Charter boats will begin to sail around the marina. The company was formerly known as Hornblower’s Group and is now operating sightseeing, private charter and transportation experiences to show off the coast.

Safety is the number one priority, the company said.

“While guests can expect the same high standards and welcoming service, experiences have been adapted to ensure heightened cleanliness and to maintain social distance onboard,” according to a company statement. “And with expansive decks both inside and out, there is plentiful fresh air and more than enough room on board for everyone to stay safely apart. “

Grand Jury Indicts Huntington Park Man in Alleged Three-Month Robbery Spree Targeting 15 Trader Joe’s Grocery Stores. Last Friday A federal grand jury named a Huntington Park man in a 21-count indictment that accuses him of robbing 15 Trader Joe’s stores throughout Southern California during a three-month crime spree. The Culver City store on Culver Blvd was robbed on November 6 of last year. Gregory Johnson, 43, was named in a superseding indictment charging him with 15 counts of interference with commerce by robbery (Hobbs Act), five counts of knowingly using and possessing a firearm in furtherance of a crime of violence, and one count of being a felon in possession of a firearm. His arraignment on the superseding indictment has not been scheduled. A June 22 trial previously was scheduled in this matter.

Johnson previously was charged via a two-count information on February 8 in connection with the robbery of a Trader Joe’s in Chino Hills on December 4, 2020. Today’s indictment charges him with 19 additional felonies. According to the indictment, from August 28 to December 4, 2020, Johnson robbed Trader Joe’s stores in Eagle Rock, Sherman Oaks, Chatsworth, Pasadena, Culver City, Rancho Palos Verdes, Agoura Hills, Brea, Santa Ana, Tustin, and Chino Hills, and attempted to rob Trader Joe’s stores in Simi Valley and Corona. During many of the robberies, Johnson allegedly brandished a handgun. On two occasions, Johnson allegedly robbed stores in Rancho Palos Verdes and Brea, and returned weeks later to rob them again.

On December 4, 2020, Johnson and his son, Gregory Eric Johnson, 20, of South Los Angeles, were arrested after law enforcement learned of the Chino Hills Trader Joe’s robbery. A witness gave law enforcement a description of the Johnsons’ getaway car and its license plate, according to court documents. An indictment contains allegations that a defendant has committed a crime. Every defendant is presumed innocent until and unless proven guilty beyond a reasonable doubt. If convicted of all charges, Gregory Johnson would face a statutory maximum sentence of 20 years in federal prison for each robbery charge, seven years in prison for each firearms use charge, and 10 years’ imprisonment for the felon-in-possession of a firearms charge.

On March 15, Gregory Eric Johnson pleaded guilty to a two-count information charging him with interference with commerce by robbery for robbing Trader Joe’s stores in Chatsworth and Chino Hills in December 2020. His sentencing hearing is scheduled for July 12, at which time he will face a statutory maximum sentence of 40 years in federal prison. The FBI, the Los Angeles County Sheriff’s Department, and the Bureau of Alcohol, Tobacco, Firearms and Explosives investigated this matter. Assistant United States Attorneys Jeffrey M. Chemerinsky and Joseph D. Axelrad of the Violent and Organized Crime Section are prosecuting this case.

Marina Del Rey Anglers successfully raised 3,700 white baby sea bass over the last four years that they released out to see this morning.

It’s April and Petals ‘N’ Wax is featuring a fun collection of ‘WEED’ referenced mugs, a 420 Candle and an unbelievable CBD line to make your body aches feel sooo much better.

Come and make yourself and your friends feel good!

Monday – Sunday 10 – 6 and remember free gift wrapping on all in store purchases!   Don’t forget Mother’s Day is May 9th come in early to buy your Mom and Grandma their gifts while we still have 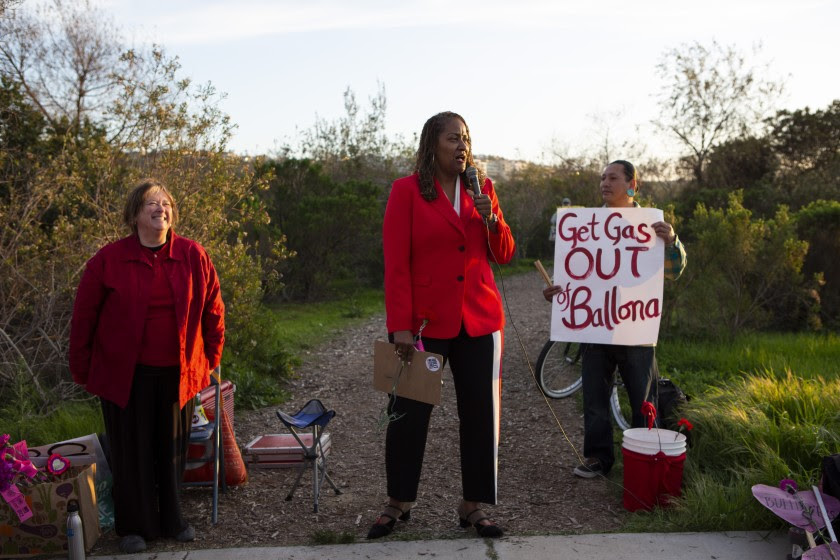 Sawyer Livsey, visiting from San Francisco with his family, bowls at Bowlero Los Angeles in Westchester on April 6. Plexiglass divides stations and the bowling alley is operating at 25% capacity.

*PLAYA – BULLETIN BOARD:
1. ***Rustic Kitchen, a small wine bar and restaurant in Mar Vista, was in bad shape. A group of sommeliers banded together to save it. —- Harvey K., Culver City.

2. ***”Governor Gavin Newsom is a goner and that is great news for a horribly decayed California.” – Abby M., Playa Vista   3. ***”They now need a hazmat unit to clean the outside of Gold’s Gym in Venice. It is so filthy and decayed from homeless people.” – Dr. Clark Z., Marina Del Rey

4. ***Imagine being on Tinder and finding………your crush in sixth grade. It happened to me, right here in Culver City. —— Nanci P., Culver City.

10. ***Welcome to California! Transgender, intersex, and nonbinary inmates now have the right to choose whether to be housed in a male or female prison. —– Gwen P., Culver City.

11. ***We need to elect officials that adhere to the rule of law. —– Monica La, Playa Del Rey.
12. ***Just in case you didn’t think your neighborhood was looking enough like a s—t show, now, Councilman Mike Bonin has proposed a motion that the homeless be temporarily housed at sites on county-owned beaches, including Dockweiler State Beach in Playa del Rey, Fisherman’s Village in Marina del Rey, and Will Rogers State Beach in Pacific Palisades. I honestly think Bonin he is as deranged as many of his homeless friends. —– Dr. Sarah Goldstein, Marina Del Rey.

14. ***It’s surprising how much memory is built around things unnoticed at the time. —- Waldo W., Westchester.