We asked our Playa Vista People readers and respond they did loud and proud. 91% of the nearly 2,000 votes were against the idea and many were outraged by the mere proposal. “this is insane at best even for Councilman Bonin!” said longtime Marina del Rey home and business owner Carla King.

A proposal to tackle homelessness in the Playa area with temporary homeless encampments at government-owned parks and beachfront lots is prompting fierce blowback from residents — who fear it’ll turn public spaces into hotbeds for crime without addressing the underlining issues causing homelessness. The plan put forth by area City Councilman Mike Bonin seeks to allow homeless people to pitch tents and receive social services at family-friendly outdoor spaces across the Westside — including Westchester Park, Mar Vista Park, Dockweiler Beach in Playa del Rey, and Will Rogers State Beach in Pacific Palisades.

The proposal, slated for a City Council vote later this month, also calls for a temporary site for single-occupancy “tiny homes” or safe camping areas at a county-owned parking lot in Marina del Rey, as well as property at Los Angeles International Airport. But the plan has sparked a massive recall effort by residents who claim that their local parks and beaches are already inundated by tents.

Everybody was “kung fu” fighting in Westchester.

Culver City senior athletes, fans and neighbors are invited to join the first-ever Culver City Senior Athlete Car Parade Sunday afternoon. It starts at 3 p.m. and gives seniors a special shout-out and celebration for their dedication during this challenging year. It all started as an idea from local mom Jodie Fratantuno. This is the first time we are doing this parade,” Fratantuno said. “It was my brainchild, after seeing other high schools around the country do something similar last year. I thought it was such a nice way to honor these athletes who often sacrifice a lot for the sport and who had certainly lost their season last year.”

Jodie’s son Joe is a senior and has been on the Boys Varsity Lacrosse team for four years. “They have an outstanding record this year, despite the cancellation of their entire season last year. We are putting this together with a group of athlete moms and this is not put on by our High Schoo. We are doing this all on our own.” The athletes will meet at 3 p.m. in front of Culver City High School with their cars decorated. The caravan and parade will begin at 3:30 p.m. and plans to feature some classic cars, too.

Check out the parade route:

Athletes and anyone who wants to join the car parade can RSVP to Jodie Fratantuno at jodiefratantuno@me.com. Organizers are hoping to get a headcount so they can continue the celebration with food after. “Later that evening, Culver City High School will be hosting the annual Athlete of the Year award, so it’s a perfect start to a great day,” Fratantuno said.

Sharin’ some love in Playa Vista.

Coming up on June 19th a book signing and photograph taking with purchase of book from 2-4 by celebrity photographer Jimmy Steinfeldt! Please come meet and enjoy🕺🏽

An image of the Green Lantern originally planned to be part of Zack Snyder’sJustice League has surfaced on Twitter, showing actor Wayne T. Carr in full costume. As part of a recent Q&A held by Cinemark Playa Vista, Zack Snyder showed a picture of Wayne T. Carr dressed as the famous Green Lantern, John Stewart, on his phone. Twitter user Ishaan Sangha has shared a screenshot of Snyder showing off the photograph. The image-within-an-image nature means the quality is not great, but you can see Carr in the iconic green-and-black costume, holding up his Green Lantern power ring.

We’re likely not going to get to see an official version of this image, as John Stewart was cut from Zack Snyder’s Justice League on Warner Bros. request. As reported by Screen Rant, the studio has intentions for future Green Lantern projects, and so requested that Stewart was removed from Justice League as to save that side of the DC universe for other movies. 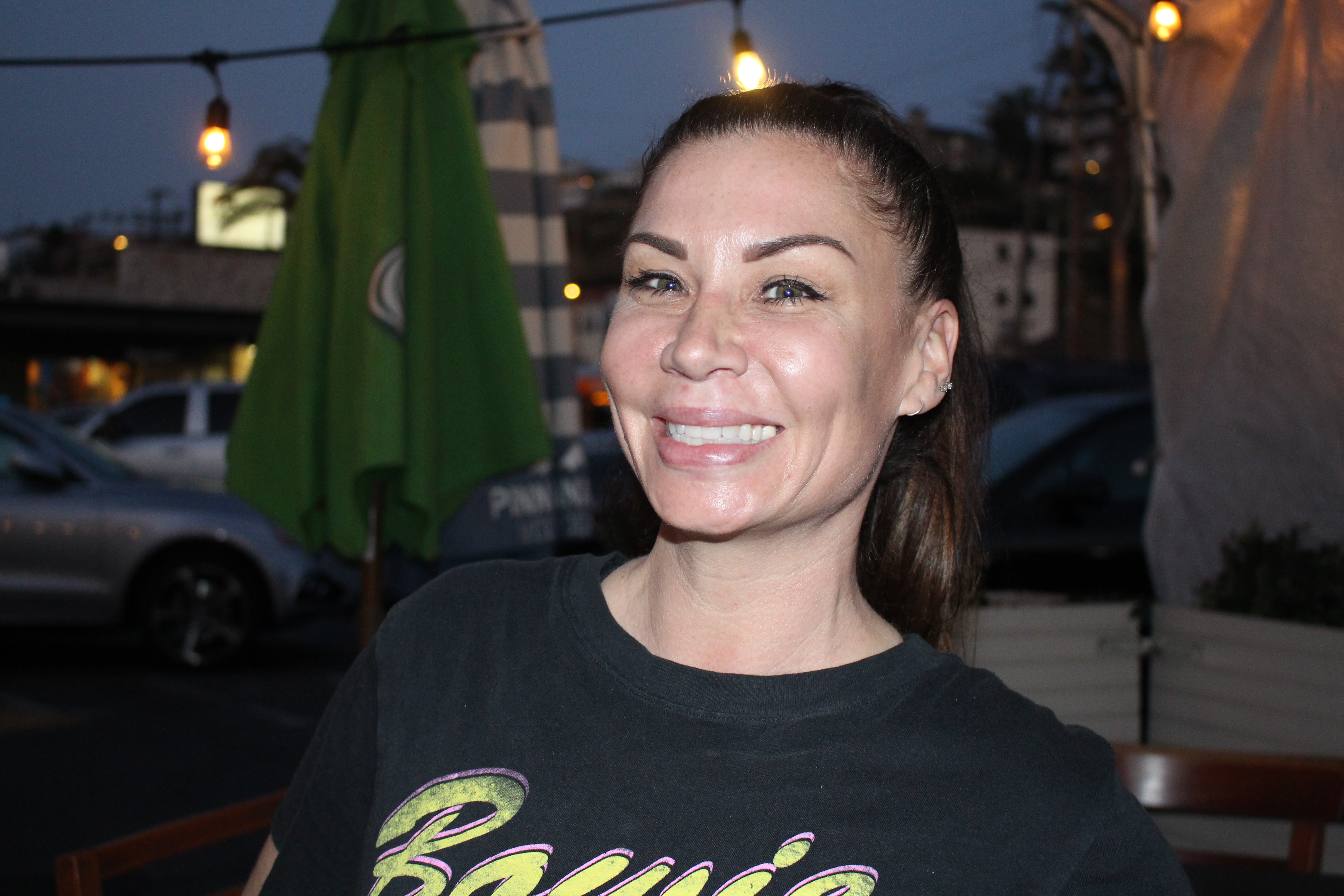 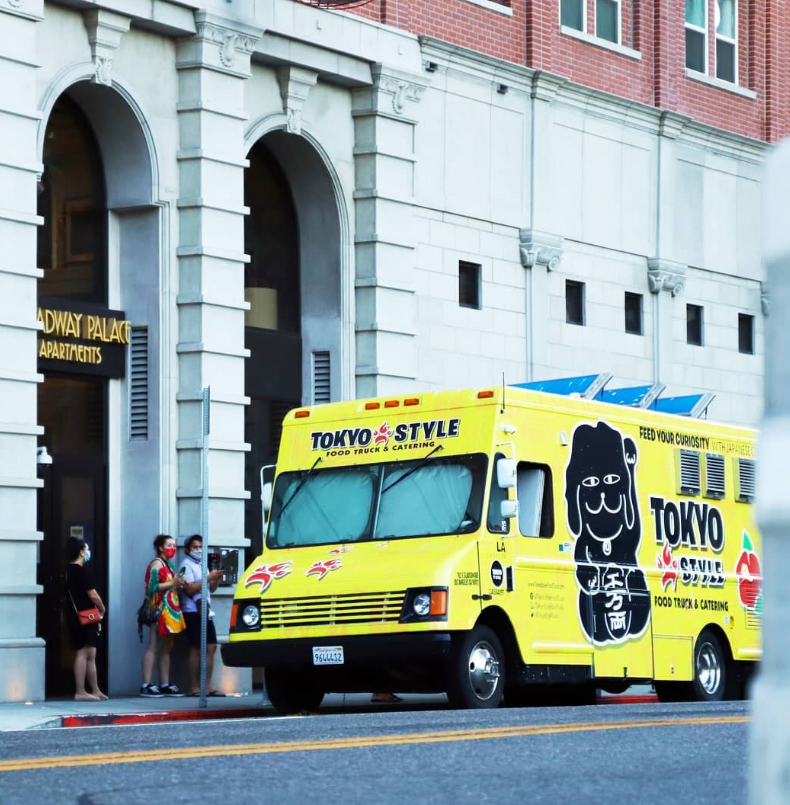 Expect cinnamon buns, bacon-wrapped hotdogs, empanadas, brisket, poutine and pastrami sandwiches this week at Beach Eats TO GO. Gourmet food trucks are coming to Marina del Rey each Thursday for Beach Eats TO GO, an outdoor food truck event. It’s hosted by the Department of Beaches and Harbors and happens every Thursday from 5 to 9 p.m. at Lot 11 – 14101 Panay Way, Marina del Rey. The grab-and-go weekly event will be held through Sept. 30.

Check out the lineup of food trucks for this week:

People can schedule and purchase orders up to five days before each event.

The event has adjusted some requirements to follow COVID-19 health and safety guidelines from Los Angeles County Department of Health. Everyone at the event is required to wear a mask and distance six feet from others outside of their group.

“Masks must be worn at all times,” organizers said. “Therefore, eating is prohibited in the Beach Eats TO GO area and food must be taken offsite to enjoy.”

For more information and to see the list of upcoming food trucks, visit bestfoodtrucks.com/beacheatstogo. You can also keep track of the food trucks using the Best Food Trucks app.

1. ***Street Watch LA in our park! Please take a moment and Google search Street Watch LA. They are an extremely radical group that Hannah (Mike Bonin Westchester/PDR/PV field deputy) has brought to our park. They are the same group who protested Echo park renovations and having to clean up. So when we want to get out park back please remember she will prob also bring her Street Watch LA ppl to protest. The picture below is their containers – this one is by the pool. Yes, it’s a great idea to put supplies in for ppl, but do not bring your radical ideas and protests here! https://dsa-la.org/campaigns-and-projects/street-watch/ —– Julie Zaller, Westchester.

2. ***It is truly hard to imagine that people voted for this pro-crime maniac George Gascon for District Attorney. What fools! —– Elin Q., Playa Del Rey.

3. ***We are monsters to sea creatures. We come in on big machines, take them and eat them, and most of them will never see one of us unless it’s too late. —– Everly L., Culver City.

5. ***How about we all call Councilman Mike Bonin’s office at 213-444-3508 and share our thoughts about how he’s handling the homeless crisis in our area. Don’t you think he deserves the candid feedback? —-Cecilia Clark, Playa Vista.

6. ***Ted Lieu is another ultra-liberal hack politician working day and night on endless series of schemes to separate you from your money. —- Jose G., Culver City.

7. ***Though the burgers are adequate, the overall experience at Hopdoddy in Playa Vista is a lifeless drama barely tolerable with slow service and staff that seems unhappy and resentfully to be working. —– Jelina K., Playa Vista.

9. ***There is a generation of children who will discover all the terrible things their parents wrote online someday
Be careful out there. I heard a commotion and walked outside to find a woman screaming frantically that something was in her eyes. Turns out she was pepper-sprayed I could see
it inside of her vehicle on the driver’s side door, the attacker was in a white boxy car, he also threw her to the ground and pulled up her top. She had abrasions on her arm. Police and an RA responded. I don’t know any other details, just a reminder to be careful and keep your doors locked while driving. —– Julie Schaeffer, Del Rey.

10 ***Baby Born in Venice Beach Encampment. Bonin needs to go!!! Stabbings and fires in Venice over the weekend, and now this??? A homeless woman delivers her baby at a Venice beach encampment, leaving placenta and fluids on the sand, according to Venice residents. We cannot let this go on. Bonin is allowing this problem to grow out of hand and infiltrate our neighborhoods.  —– Brandi Dicker, Westchester