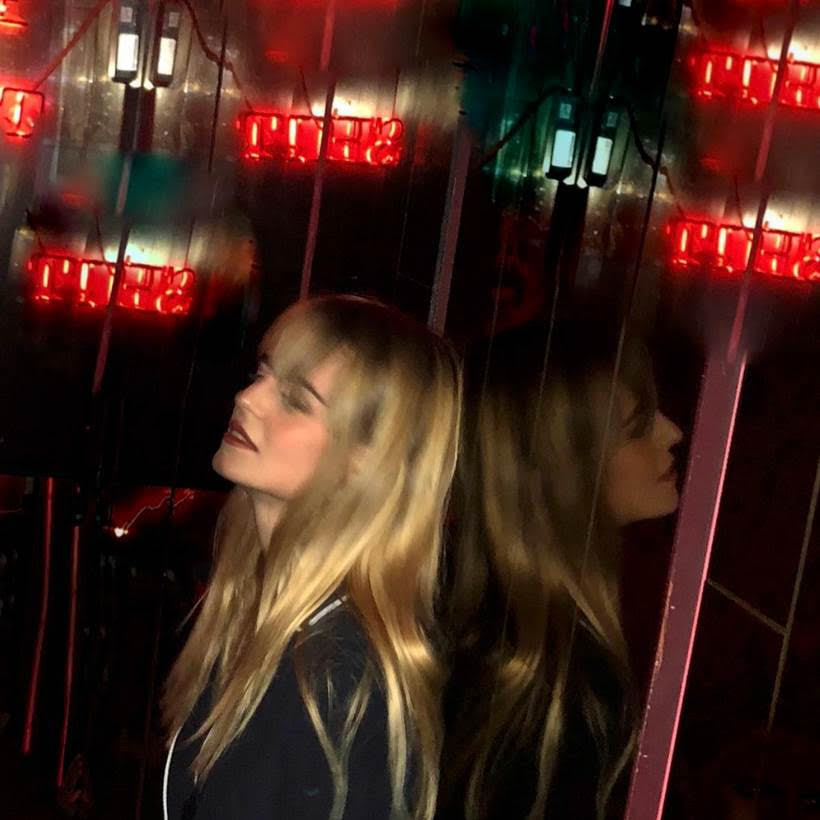 Dylan has been living and working in Culver City since April 2014.

Now you know that Dylan: 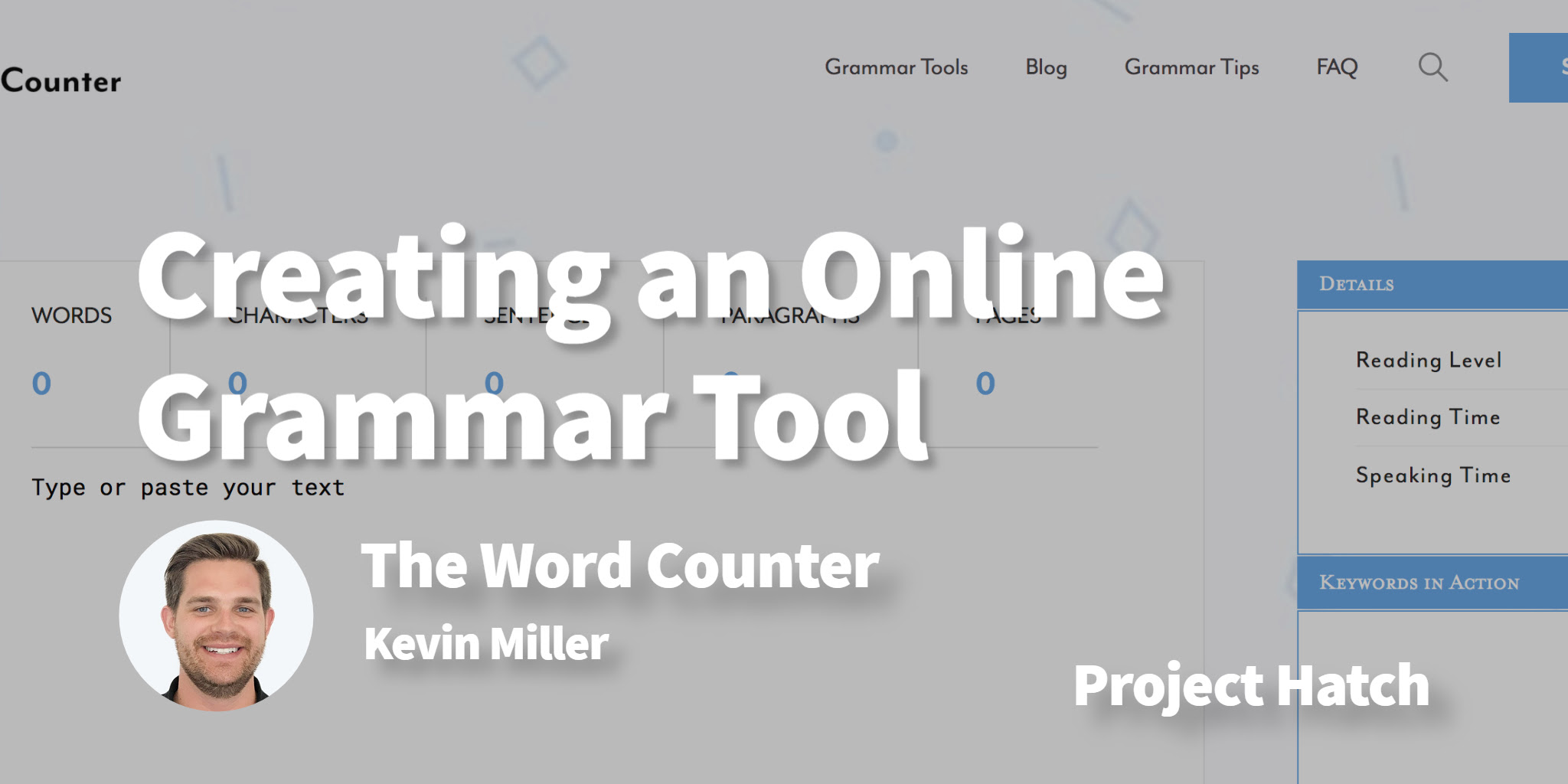 Kevin Miller, founder, and CEO of The Word Counter

The Playa Vista firm Word Counter is offering a Grammar Check tool. From typos to sentence structure problems and more, the online grammar checker scans your text for all types of mistakes. Grammar Checker aims to fix those issues and teach you along the way. This free grammar checker can scan your writing for hundreds of types of English grammar mistakes. Users can apply suggested corrections instantly.

The Word Counter is a dynamic online tool used for counting words, characters, sentences, paragraphs, and pages in real-time, along with spelling and grammar checks. This is a free online service that is available to all. “We are thrilled to offer yet another productivity tool for our community of writers. We are particularly excited about this grammar check tool as the process to build this was a bit longer than normal,” said Founder of Grammar Check and Word Counter, Kevin Miller. Word Counter offers a variety of free services on their website, along with the Grammar Checker. 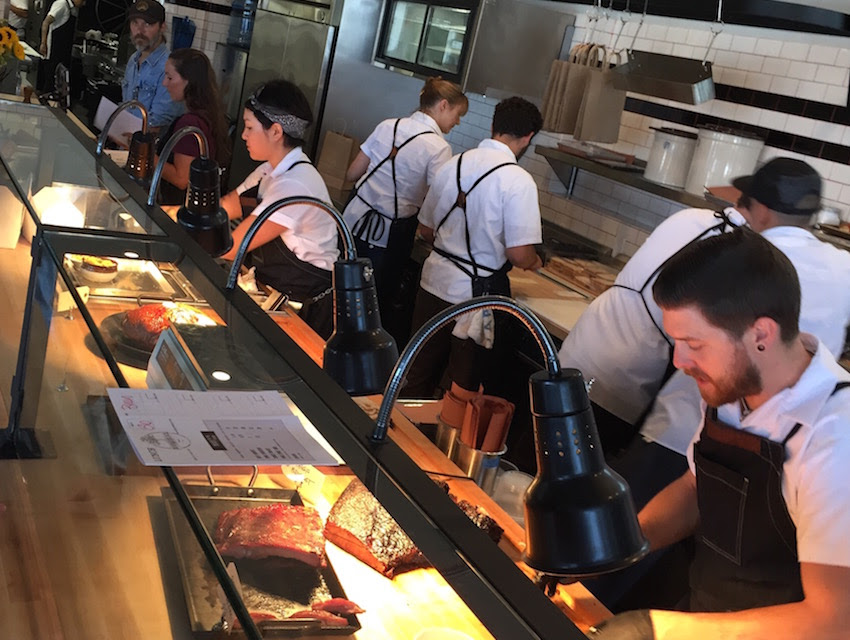 2 week’s ago, Los Angeles was been rocked by days of powerful, largely peaceful protests and long nights of renewed lockdown as city and county officials constricted movement with rolling twelve-hour curfews. Tens of thousands took to the streets during a global health crisis to decry police brutality and chant Black Lives Matter at an increasingly militarized police and National Guard presence, mourning over decades of needless black American death: George Floyd at the hands of a white police officer and three others; Breonna Taylor, shot by police in her own home in Louisville; jogger Ahmaud Arbery, killed by vigilantes in Georgia in February; and a restaurant owner named David McAtee, killed last weekend.The curfews came suddenly and chaotically, roiling an already tense constituency and leaving many workers in the dark as buses stopped running without warning, and police waited around corners with zip ties to arrest those who could not have known; Los Angeles is a majority Latino city, and the push notification curfew alerts sent to phones have not always been published in Spanish.

In Culver City, curfew’s were only announced publicly in the morning, the start of any open restaurant’s lunch service. “It’s miserable,” said Mike Garrett, co-owner of barbecue restaurant Maple Block Meat Co. “For those staff that have to plan their transportation, it’s really unfortunate. We’re honoring our six-hour shifts, so it’s costing us a lot of money.” The surprise loss of a dinner shift, even just for takeout and delivery, means lost product as well. Maple Block’s brisket and ribs-focused menu requires up-front meat costs (which are rising every day) and hours of low-and-slow smoking. “I would say that 70 percent of our business is at night,” Garrett says. Even as his staff began to button up the restaurant for another unexpectedly early evening, they were unsure of how much food to prepare for the next day. 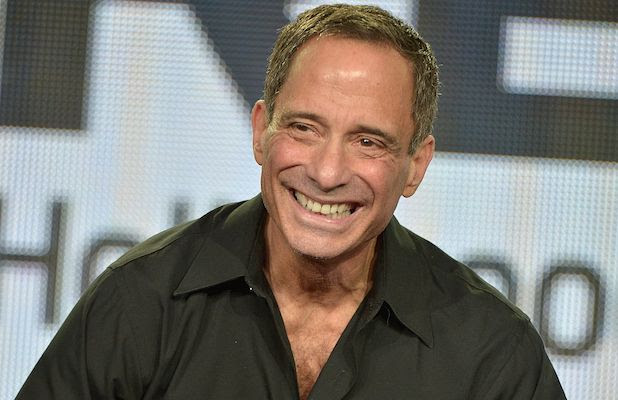 TMZ’s Harvey Levin was injured in a “pretty bad” bike accident that kept him from hosting Thursday’s edition of “TMZ Live” produced in Playa Vista. Levin’s absence was discussed at the start of the nationally syndicated show, which pre-tapes and airs at 4 p.m. PT. Co-host Charles Latibeaudiere said Levin was in “a pretty bad accident and he’ll need a little bit of time to heal.” He did not offer details about the accident or Levin’s condition but said he was glad that Levin was wearing a helmet. A representative for the company said:  “Harvey Levin was injured yesterday in a bicycling accident. We look forward to his return soon.” Levin, TMZ’s longtime managing editor, said back in April that he believed “TMZ on TV” and “TMZ Live” — which feature Levin and the rest of the newsroom staff — looked even better with the hosts broadcasting remotely than they did in their Playa Vista studio.

“I don’t have the words to tell you how awesome our technical team is but I think they’re about the best technical team in television,” Levin gushed, noting the TMZ team made the decision to work from home before any official orders came down to do so. “My technical team figured this out and didn’t miss a beat. The next day, they were taping the entire shows from home.” “There is more material since we’ve all been at home than I have seen in years,” he explained. “There is so much material. On the website, we are posting more stories than we have in years. I don’t think we’ve ever posted as many stories per day as we’re posting now that there’s so much going on.” 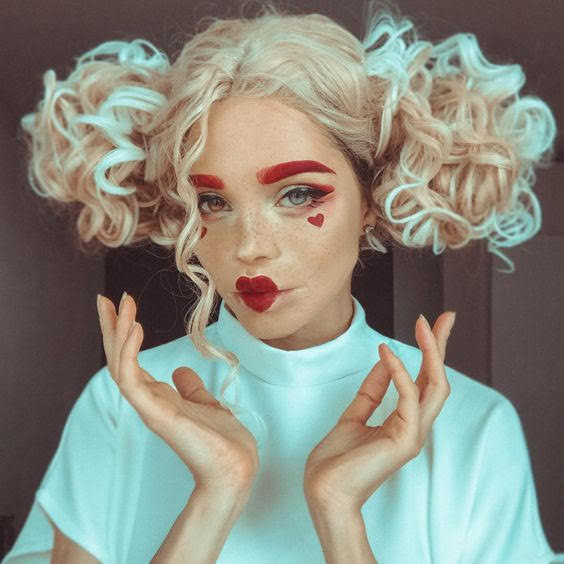 Kerrigan loves clowning around during quarantine in Westchester. 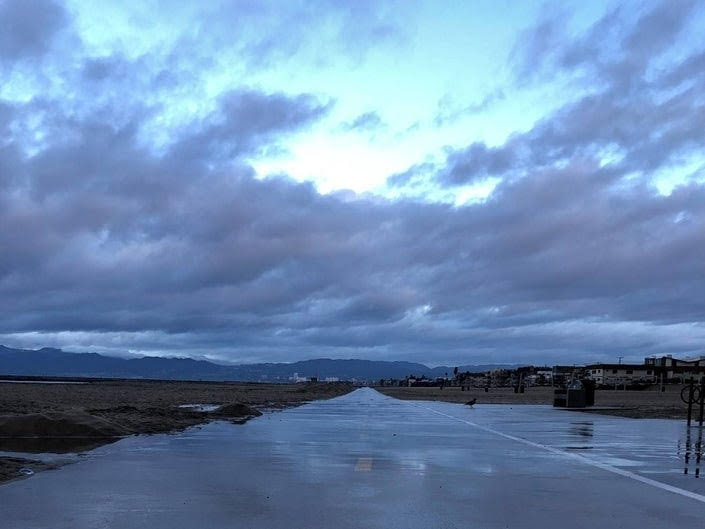 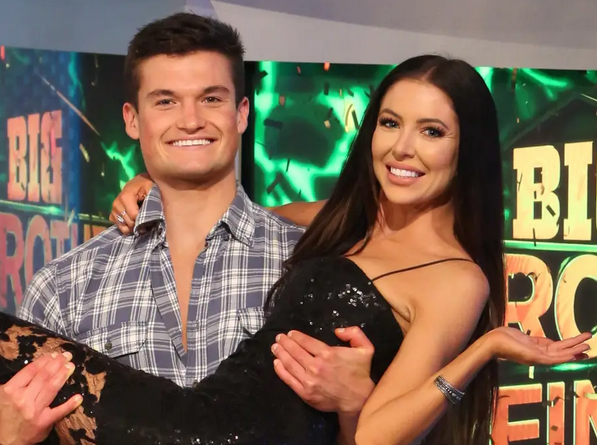 Big Brother 21 showmance Jackson Michie and Holly Allen have spent nearly every day together since leaving the BB house. After his win, they moved into a Playa Vista apartment and adopted a dog. However, the two decided to visit their parents separately, leading many fans to believe the couple have called it quits. 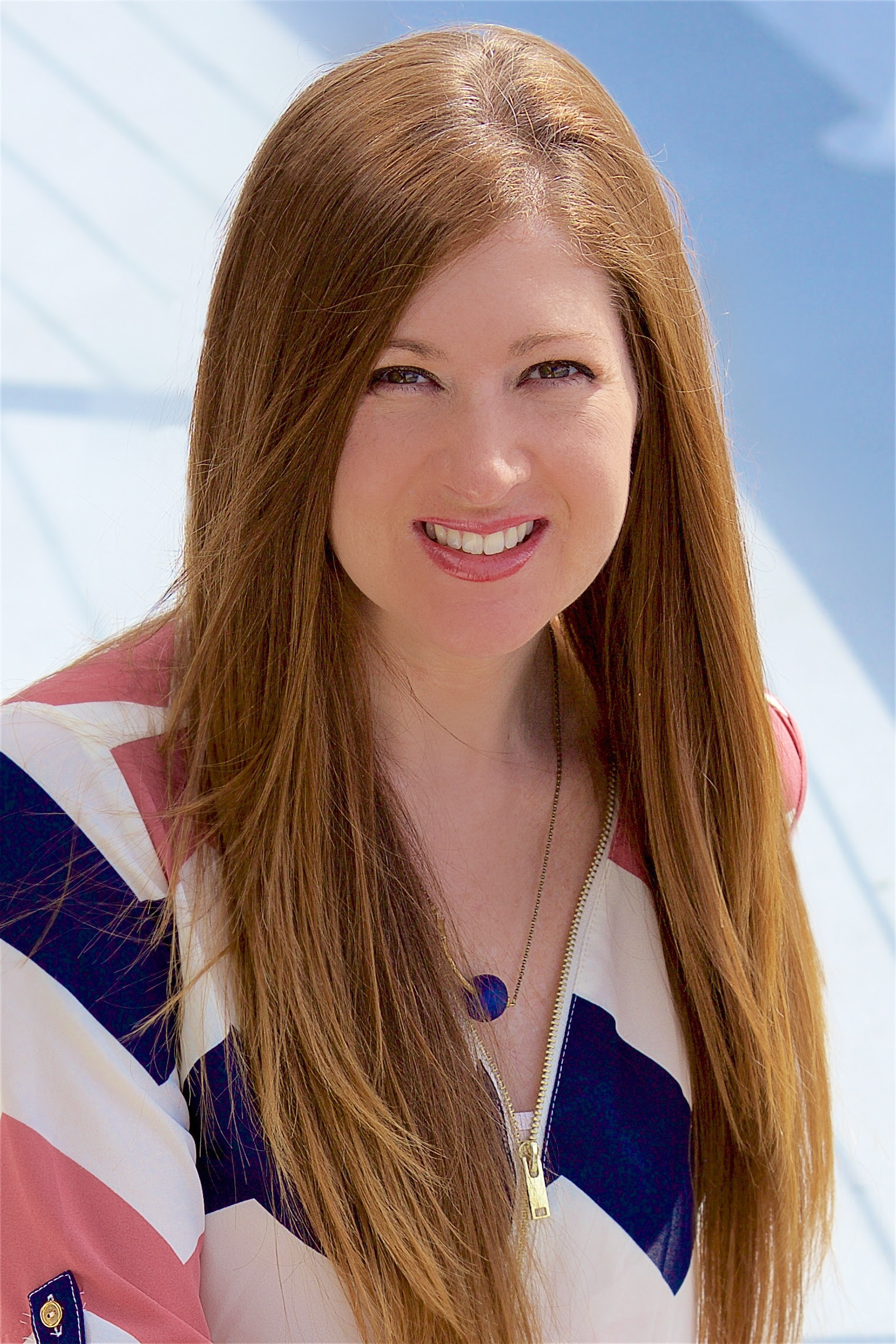 Q: Why did you choose to work in the Silicon Beach area?— Living in the SouthBay for over 15, I have learned to love this area and the kind, caring people
who represent it.

Q: Who would you have to say has been the forefront of your success in your career? How did you get to be Director of Business Relations?—My mom, she came from not being a part of my world for a very long time and living on a boat between Florida and the Bahama’s to being a well-respected businesswoman. I have so much appreciation for her as I watched her build herself from literally nothing to the amazing woman she is today.

Q: Do you see yourself going beyond the Silicon Beach area. Where are you from?— Travel and adventure have always been a part of my life and upbringing, with that said, I have not decided where my next adventure will take me, however, I’m excited for the journey. The home where my heart is happens to be Minneapolis, Minnesota.

Q: In what ways have you seen the area change since you’ve been here?— I’ve watched this area grow and develop to a thriving, self-contained.

Q: Where are your favorite places in Silicon Beach that aren’t well known?— The bandstand, I just love that it’s a great little place to enjoy events and relaxing in a fun setting.

Q: What was your first impression of Silicon Beach, was it love at first sight or did it take time to adjust?— I’ve always loved a community environment allowing people time to connect, walk their dogs, and enjoy family time and that’s what Playa Vista is to me. As far as Silicon Beach, what has been created is a wonderful expansion of an already great community.

Q: Are there any scenic routes you like to take when going out for the evening or for a regular trip to work?— My trip to work is a straight shot but Westchester Parkway, however, I always enjoy the ride with the greenery on the northside and watching the planes arrive and depart on the south
end. My scenic route is fantastic both to and from work.

Q:  How would you best describe the atmosphere of Silicon Beach? Is there anything that stands out to you?— Fun, Comfortable, and Engaging. The parks are interwoven with city life in an enjoyable atmosphere.

Q:  What are your favorite restaurants in the area?— Sol and Roc have become favorites of mine. Roc for its Garlic Green Bean and Soup Dumplings and Sol for their incredible Margarita’s and Beer Battered Shrimp Burrito and The
Conference Room for its lovely atmosphere and creative menu. 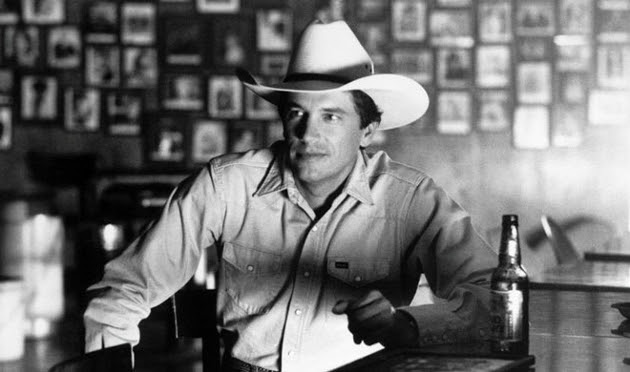 George Strait’s “Marina Del Rey” from his 1982 album “Strait From The Heart”. The Song was Strait’s fifth single. It reached number six on the charts. 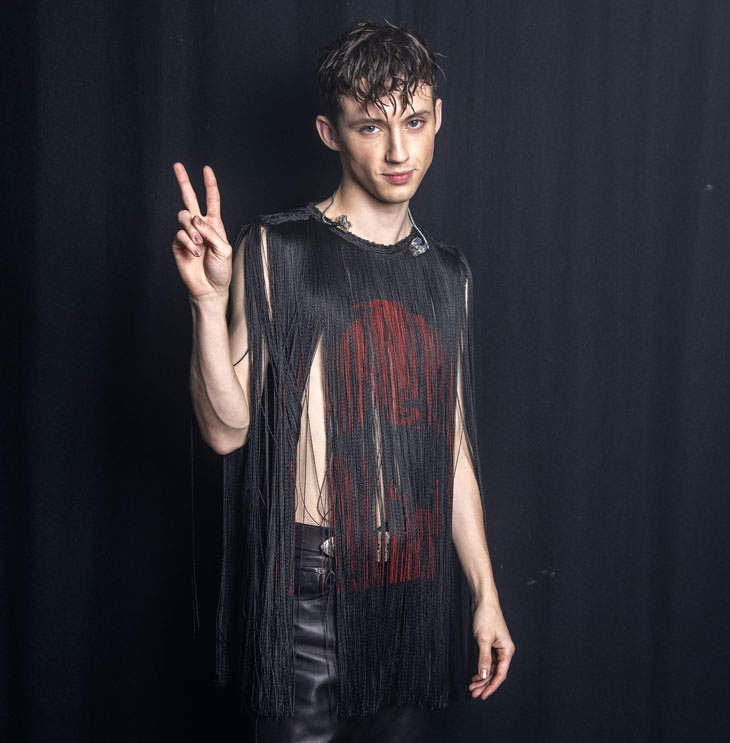 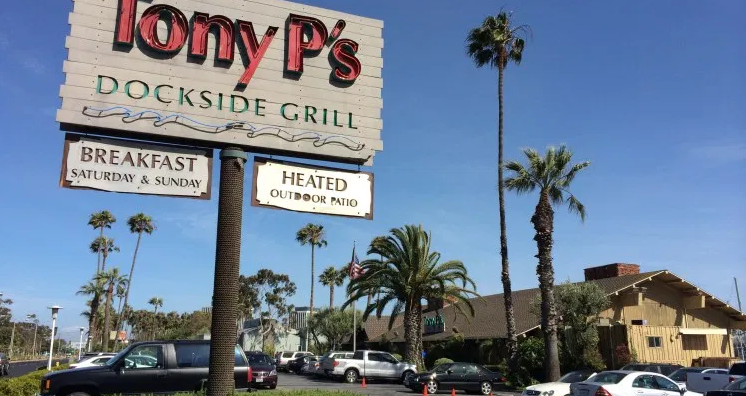 Initially set for June 4, Tony P’s Dockside Grill made the difficult decision to delay their re-opening for the safety of their workers. They want to make sure that when we open, it’s a festive time and we can all celebrate together. Above all, they want everyone to feel safe and relaxed. Tony P’s has tentatively pushed our re-opening date to Wednesday, June 10. 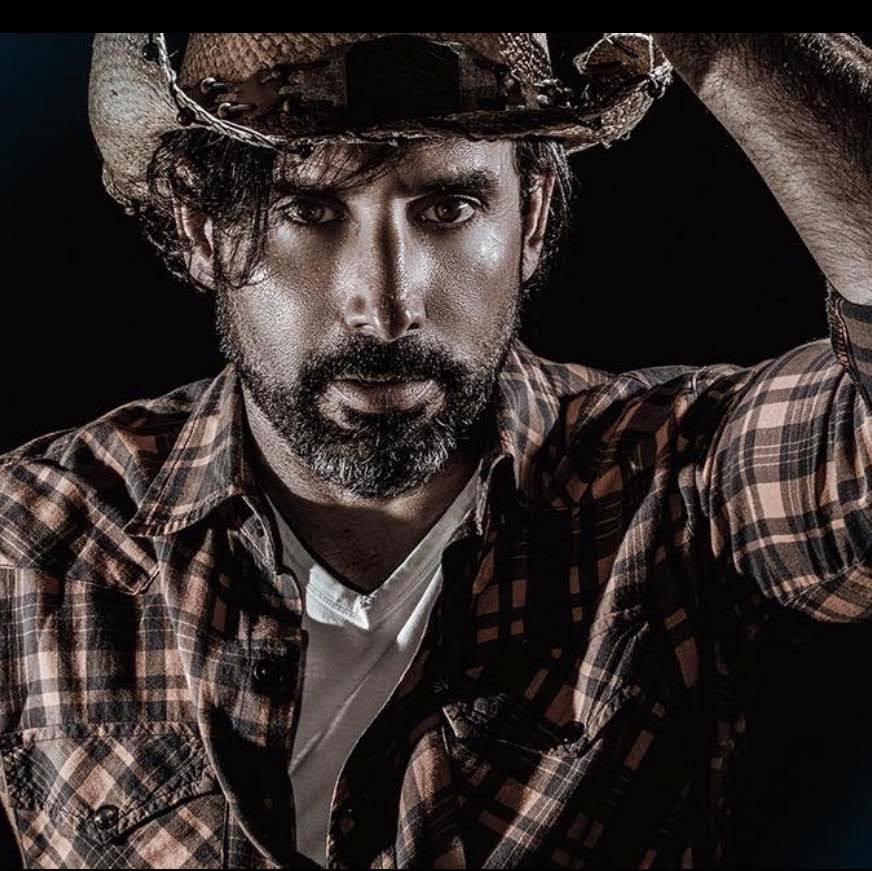 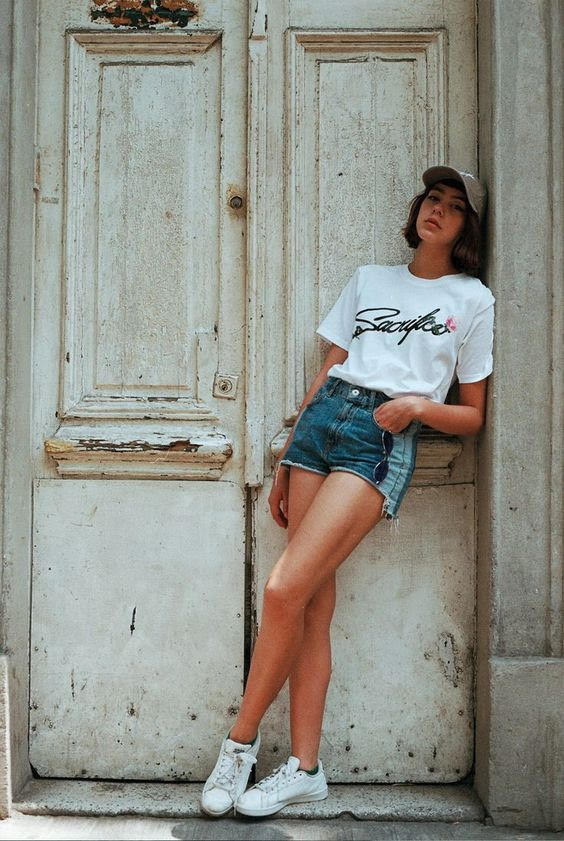 Kendall has been working in Playa Vista since April 2019.

1. ***The secret sauce to the unique community of Playa Vista is that it is made up of a large number of heteroclites — mover, shakers, mavericks, and unconventional thinkers.   —— Darcy Lemoine, Marina Del Rey.

2. ***It sure seems to be that there is an army of men who haunt Home Depot in Playa Vista forever newer and more complicated devices endlessly. —– Florie B., Culver City.

3. ***Did you know? Did you know that the readership of Playa Vista People has skyrocketed to over 18,000 per week

5. ***It will take quite a hefty effort to extricate Starbucks at the Runways Shopping Center from its sloppy store image before the quarantine.  —– Dr. Lois Jennings, Marina Del Rey.

6. ***Hooman Nissani, one of Southern California’s most prominent car dealers, had nearly a dozen cars towed from his now-closed Hyundai dealership on the border of Playa Vista and Culver City, apparently without warning, and the customers who had brought in their vehicles for service were slapped with thousands of dollars in fees from the towing company. Jim Trainor, a Hyundai spokesman, said Nissani “moved vehicles that had been dropped off for service to an off-site facility in order to vacate the property, without informing Hyundai nor the customers who had vehicles at the dealership for service and repair.” Mr. Nissani should be ashamed of himself. —– Clarence Peterson, Culver City.

7. ***The fact that our City and it’s Liberal Mayor has allowed the Homeless problem to get so out of hand has now placed an insuperable barrier between sanity and it’s future. —– Donna Cherry, Ph.D., Playa Vista.