USE OUR FREE P.V.P. BULLETIN BOARD AND SPEAK TO 25,000 OF YOUR NEIGHBORS

Our incredible P.V.P. Bulletin Board is a unique one-of-a-kind community service. Now you can speak directly to 25,000 of your neighbors for FREE by simply posting it in the Playa Vista people Bulletin Board.

Send your free bulletin board post (50 words or less) to PlayaVistaPeople@TimeWire.net

Playa Vista-based Honest Co. Inc.’s first-quarter earnings landed slightly above estimates presented in the prospectus for the company’s May 5 public debut on the Nasdaq. The maker of nontoxic and eco-friendly personal and household products reported a net loss of $4.5 million on $81 million in revenue for the quarter that ended March 31. Sales were up 12% compared to the first quarter of 2020, which benefited from consumers stocking up at the onset of the Covid-19 pandemic. “This was on top of 36% growth (from 2019 to 2020), which represents a two-year stack of 48% of topline growth,” Chief Financial Officer Kelly Kennedy told analysts during the June 16 earnings call.

Honest Co. offers three product categories: diapers and wipes, skin and personal care, and household and wellness. The first category contributed $49.5 million in quarterly revenue, a 2% dip the company attributed to its transition to new “clean conscious diapers” and “pantry loading” that benefited the first quarter of 2020. Skin and personal care products added $26.2 million, a 42% increase, driven by sales volume from incremental investments in digital marketing and expanded distribution with the company’s retail partners, according to Kennedy.

The household and wellness category posted the biggest year-over-year uptick — 53% — and accounted for $5.2 million in revenue. The growth was “fueled by our sanitization and disinfecting products that we introduced in the second half of 2020,” Kennedy said, adding, “we are starting to see households and retailers de-stock sanitization and disinfecting products as more consumers become vaccinated and return to their pre-Covid routines.” At $42.5 million, ecommerce accounted for a majority of the company’s revenue, while sales at brick-and-mortar retailers like Costco Wholesale Corp., Target Corp., Walgreen Co. and others, added up to $38.6 million.

On Tuesday, June 14, Los Angeles City Councilman Mike Bonin was served with a recall notice by a group that self-describes as “a growing grassroots multi-partisan effort to Recall Mike Bonin.” “This recall campaign is an extravagant waste of taxpayer money, a thinly disguised attempt to derail my efforts to provide real solutions to our homelessness crisis, and the latest in a series of recall attempts to silence strong progressive voices,” said Bonin in a statement. Bonin has served on the Los Angeles City Council since 2013 and represents the 11th district, which includes Pacific Palisades, Brentwood, West LA/Sawtelle, Mar Vista, Del Rey, Venice, Marina del Rey, Playa Vista, Playa del Rey, Westchester, and Ladera.

“Under Mike Bonin’s watch, the humanitarian crisis of the homeless population is growing exponentially,” the recall campaign stated. “Tax payer money is squandered. Fires. Struggling local businesses. Crime is rampant and rising. Neighborhoods and schools are unsafe. We feel afraid to visit public beaches and community parks.” The campaign can start collecting signatures four weeks after the notice was served and will need at least 27,387 signatures to get the recall on the ballot.


“I just discovered your Playa Vista People digital magazine and think it’s a fun look at our interesting community. Keep up the good work!” —- Angel B., Westchester

Ike’s Love & Sandwiches is planning to open a Marina del Rey location, the company confirmed. Ike’s is known for its iconic menu of more than 800 sandwiches and has been expanding in SoCal. It opened in Culver City at 3895 Overland Ave. and in the South Bay at 460 N Pacific Coast Hwy Suite B, El Segundo. The exact location in Marina del Rey hasn’t been announced yet.

Staff of Alejo’s Italian Restaurant on Lincoln Blvd in Westchester

This summer will mark a milestone for the Marina del Rey Film Festival as it will be celebrating its 10th anniversary at the Cinemark 18 and XD at The Promenade at Howard Hughes Center in Los Angeles California. The festival will screen hundreds of independent films beginning on Friday, July 16, and it will continue through Thursday, July 22. “We are very excited to have this festival in person, and we want to welcome back filmmakers to the best festival experience. We will be screening hundreds of films from around the world,” said Festival Director, Jon Gursha.

Festival Program Director Peter Greene adds, “All of us at the Marina del Rey Film Festival are excited about bringing this year’s festival back to the theater. There is nothing like the theatrical experience for films. It’s the way filmmakers imagine their film to be screened. At the same time, during the pandemic we launched ShortsDaily a streaming element to the festival that allows us and filmmakers to reach an even wider audience as not everyone can get to see all the films in person.” The festival has grown over the years to become a “Top 100 Best Reviewed Festivals” by FilmFreeway.

Additionally, streaming options will be available through the ShortsDaily Roku channel. Festival organizers are still accepting submissions for films and screenplays. To learn more or submit a film or screenplay for consideration, visit https://filmfreeway.com/MarinadelReyFilmFestival.

Zoe has lived in Playa Del Rey since August 2013

FUN FACT: Got all A’s in High School 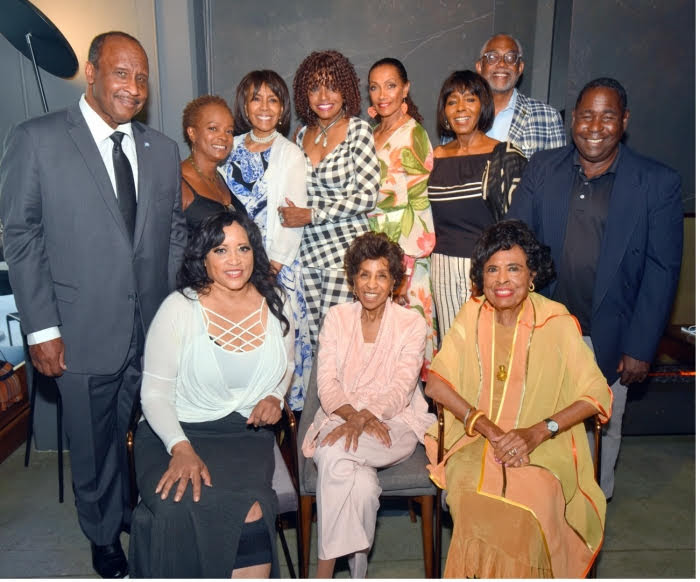 Encampment Fire. Another encampment fire along the 90 Fwy, at Inglewood and Hammack in Area H. It’s not a camper, but the guy that left the scene on the bike owns the camper parked on the street and has another parked on Mesmer. 5300-5310 Inglewood Boulevard, Culver City, CA

Iconic Mo at Mo’s Place At the Beach with a happy team member.

Benjamin has been living and working in Playa Vista since October 2018.

4. ***Illegal fires and fireworks PDR. Tonight is the 5th night in a row that we have been terrorized by fireworks this week. I have had it. Our senior lead officer, Officer Castaneda says ‘It’s just too hard to respond to these calls because it’s difficult to catch them in the act…” Mike Bonin and his staff do not respond to phone calls or emails. We are under siege. It’s gotten so bad this week that my dog is now conditioned to start shaking and crying at dusk because she knows what is coming. —- Jennifer Dakoske, Playa Del Rey.

5. ***Kind neighbors. To the thoughtful person who found and returned my missing wallet, thank you so very, very much. Because you left it anonymously, I didn’t have the chance to offer a reward, which you probably would have turned down because you seem like that sort of person. As a result, this public expression of gratitude is the best I can do. You saved me some bureaucratic hassles (reapplying for a driver’s license, etc.), but more importantly, your kindness has made my day.  —- Mary Anderson, Playa Del Rey

7. ***Los Angeles City Councilman Mike Bonin has been served with a recall notice amid growing concern from residents over the ongoing homelessness crisis. Tragically this is only four years too late! —– Dr. Harriet D., Playa Vista.

10. ***If you want a hamburger at Hopdoddy on Tuesday, order it on Monday. Service is sloooooooooooooooooow! —– James Y., Playa Vista

12. ***Sell. Promote. Barter. Hire. Comment. Announce. This Playa Vista People Bulletin Board is FREE and you can reach all 25,000 of your neighbors. Send a maximum of 25 words to: PlayaVistaPeople@TimeWire.net

If you desire a future in either the entertainment industry or the media, this could be your “chance in a lifetime, in a lifetime of chance!”

2. You must live close to Playa Vista (within 30 minutes) and be available for one weekly meeting at our location for 2 hours on Monday (outdoor office, with masks) and a one hour Zoom call on Friday

3. Must be smart, resourceful, tech-savvy, organized, and hungry to learn. A great opportunity to learn and grow within the world of media and entertainment.

Please have contact details including a phone number. USE INDNEED ONLY. PLEASE SEND US YOUR REFERENCES WHEN APPLYING.