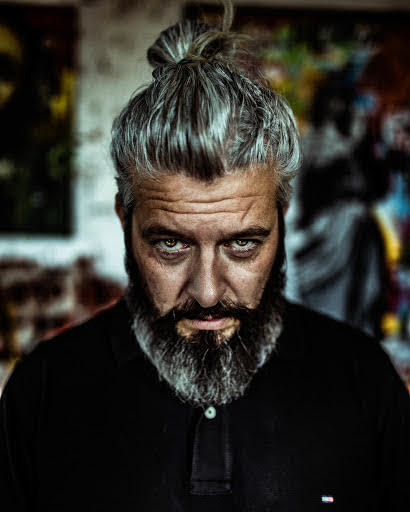 Lowell has been working in Culver City since April, 2019
Now you know:
If you would like to be featured, send us your contact info to PlayaVistaPeople@TimeWire.net 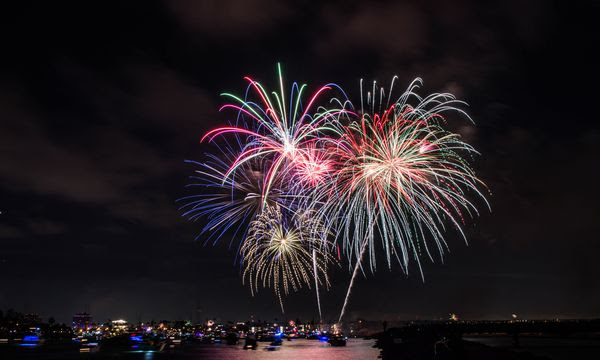 The annual Marina del Rey July 4 fireworks show is canceled this year due to the coronavirus pandemic. The fireworks show was planned for 9 p.m. on July 4. People from across Southern California often head to the shore during the holiday event to watch or look for views from across Los Angeles. July 4 will also be different in Santa Monica this year without the annual parade along Main Street and pre-holiday fireworks show. Santa Monica College canceled its “Celebrate America” event, citing the pandemic and health concerns. Health officials have warned people to avoid large gatherings or in-person events as front line workers continue battling the coronavirus. The community event at SMC was originally scheduled for June 27 and would have been the 38th year for the community picnic and fireworks show. 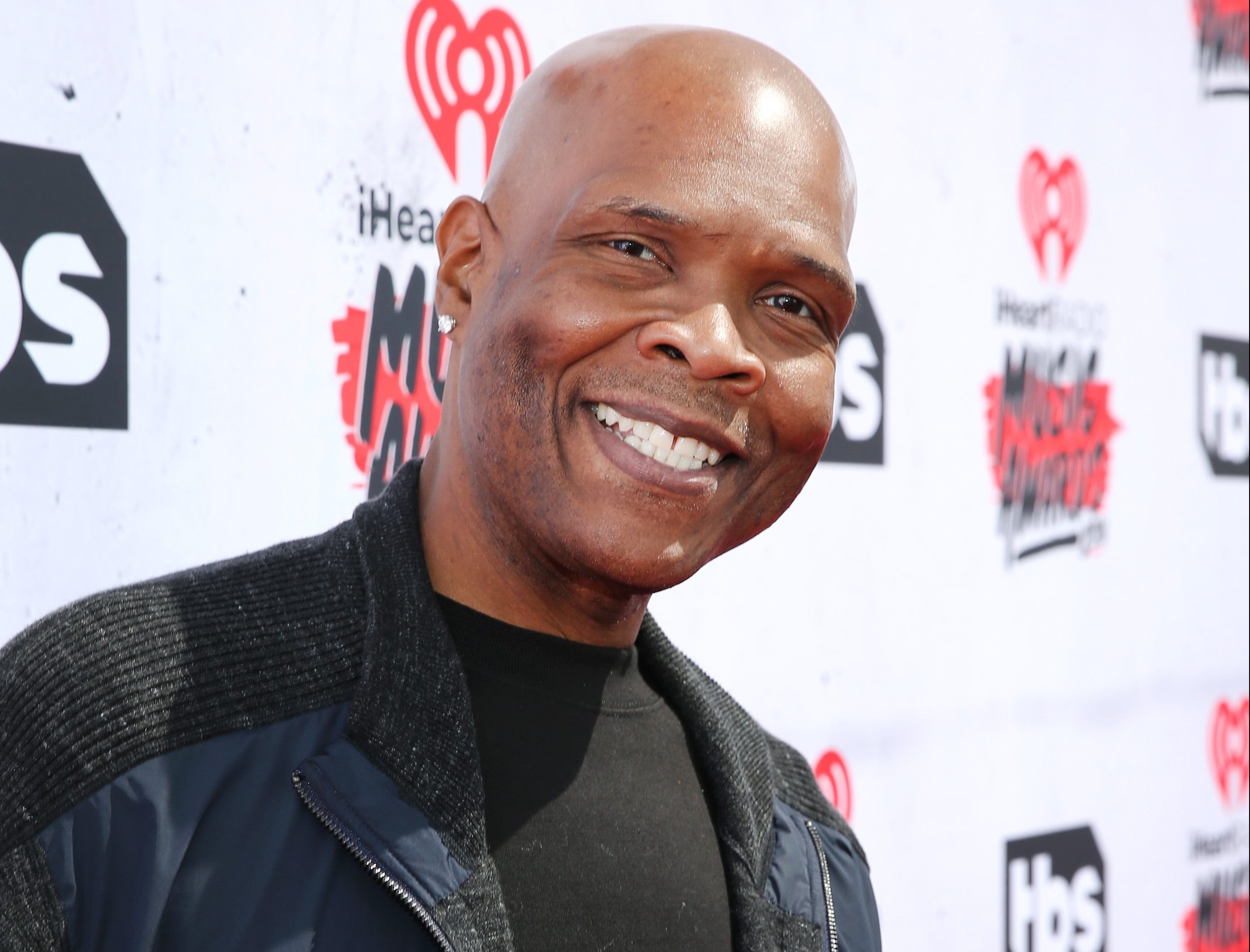 Big Boy who was friends with the Baka Boyz– the morning show hosts at Power 106 (KPWR)–was offered a hosting position at the station. Soon after, with Big Boy hosting its most popular time slots, Power 106 dominated the Los Angeles radio ratings for close to two decades. In 2015, Big Boy left Power and went to iHeartMedia Inc. and with Big Boy on board the company acquired another station, KRRL-FM (92.3), and turned it into a hip-hop rival called Real 92.3.

Big Boy will join 35 other 2021 honorees, including actors Josh Brolin, Don Cheadle, Morris Chestnut, Zac Efron, and Courteney Cox as well as musical stars Missy Elliott, Kelly Clarkson and The Judds. “I can’t front. I’m emotional,” he posted on his Instagram account after the announcement. “I’m happy, proud, excited and sad, all at the same time. I’ve worked HARD in radio for the last 26 years. I’m humbled by the acknowledgment. For real!! I’m Ida’s Son. The 2nd youngest of 7. My Mom, R.I.P, IS EVERYTHING to me. She was my first ‘Fan’. Believed in me from the giddy up. Told me “Believe it…Achieve it. I live by that.” The date of Big Boy’s ceremony has not yet been announced. 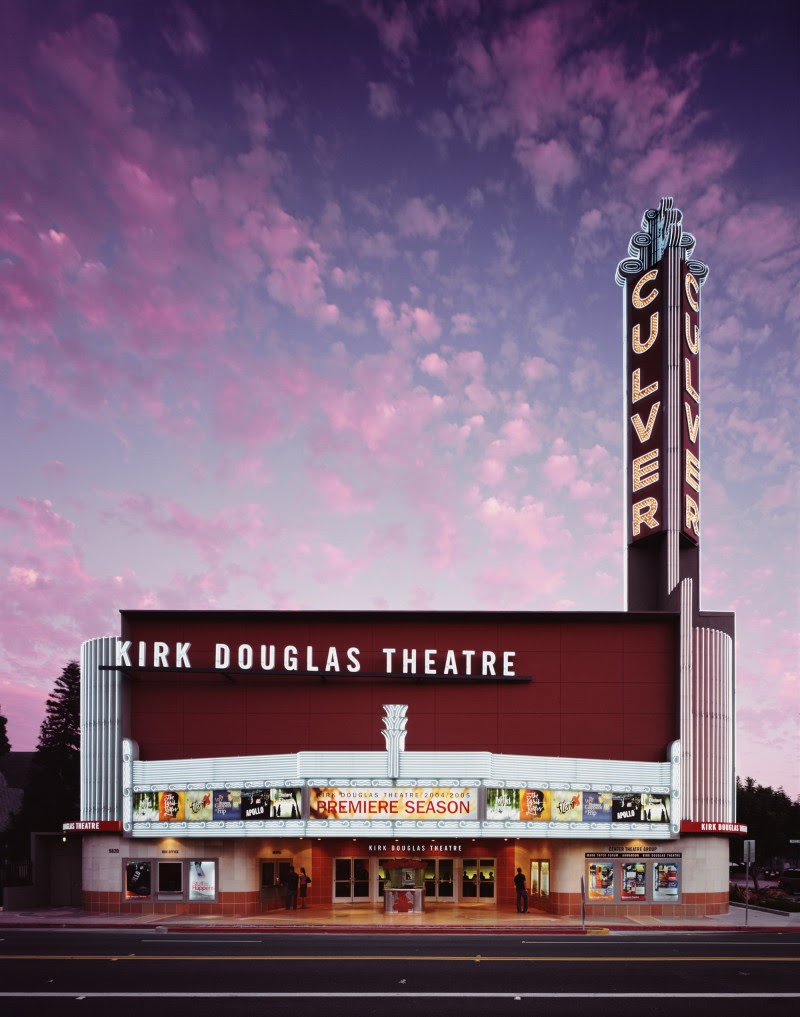 The Center Theatre Group announced last week that the coronavirus pandemic has forced it to postpone the start of its 54th season at the Ahmanson Theatre until next spring, cut its operating budget by 65% and expand the number of employees who are furloughed. Officials noted that the Center Theatre Group’s three stages — the Ahmanson and Mark Taper Forum in downtown Los Angeles and the Kirk Douglas Theatre in Culver City — will have been dark for more than 56 weeks when performances resume April 29 at the Ahmanson with a full season of seven shows, starting with “To Kill A Mockingbird.”

The timing for the play “Slave Play” at the Mark Taper Forum and the remainder of the season for that venue and the Kirk Douglas Theatre have not been announced, but both are expected to reopen next spring, officials said. The nonprofit theater company announced that the unprecedented dark period is expected to result in losses of about $40 million in ticket revenue across the three venues, force a 65% cut in its operating budget over the upcoming fiscal year and require an expansion of the number of full-time employees on furlough from 50% to 60% of its staffing before the pandemic. “It is with great sadness that we have reached a point where it is simply impossible for us to envision safely returning to the Ahmanson, Taper and Douglas until spring of next year,” said Michael Ritchie, the organization’s artistic director.

“Since we first announced our closure during the initial wave of the pandemic, we have been tirelessly working through every possible scenario for reopening, all the while ensuring that the health and safety of our audiences, artists and staff were our top priority,” he said. “Ultimately, it became clear to us, and to many touring productions scheduled to play the Ahmanson, that there is no way to be certain that such safety could exist earlier than next year.” He noted that the organization — which has shifted its education and community programming online — would “work as quickly and safely as possible to return to the stage sooner” if health officials became more optimistic about a safe timeline to resume large gatherings. Center Theatre Group has launched “Art Goes On: Emergency Giving Fund” — at CenterTheatreGroup.org/EmergencyGiving — to help carry the organization through the period because it must rely more heavily now on contributed income. 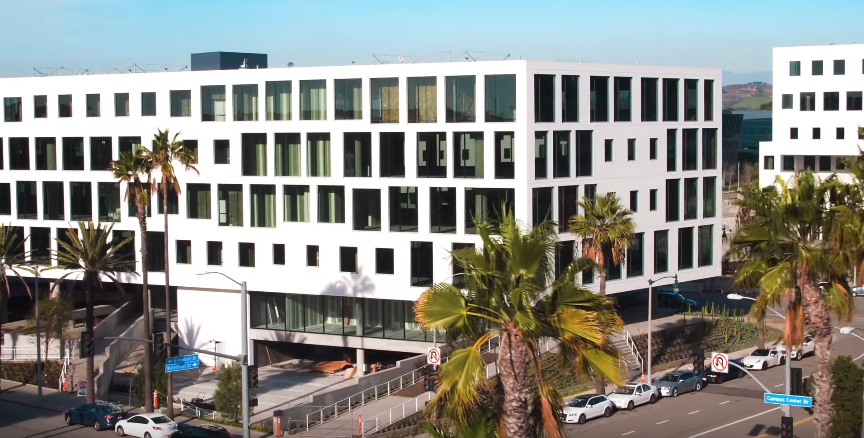 Missing campus life? Watch a short video of the creative campus for graduate and professional education in the heart of Silicon Beach. 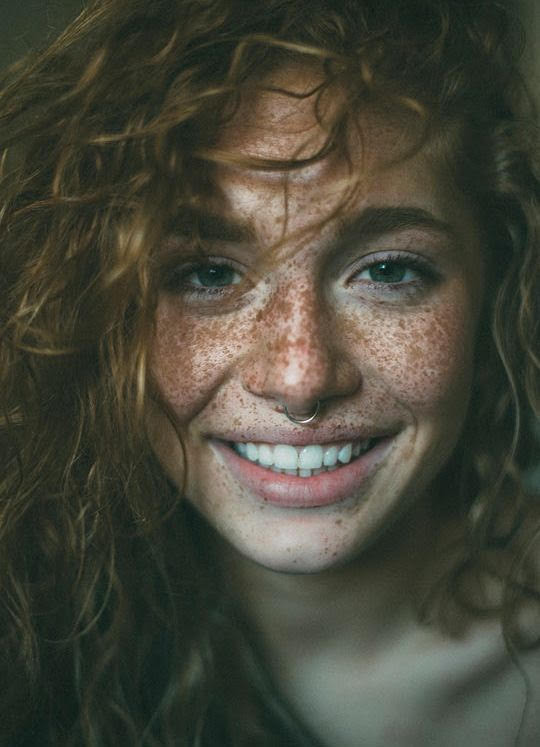 Toni has been living and working in Westchester since December 2018. 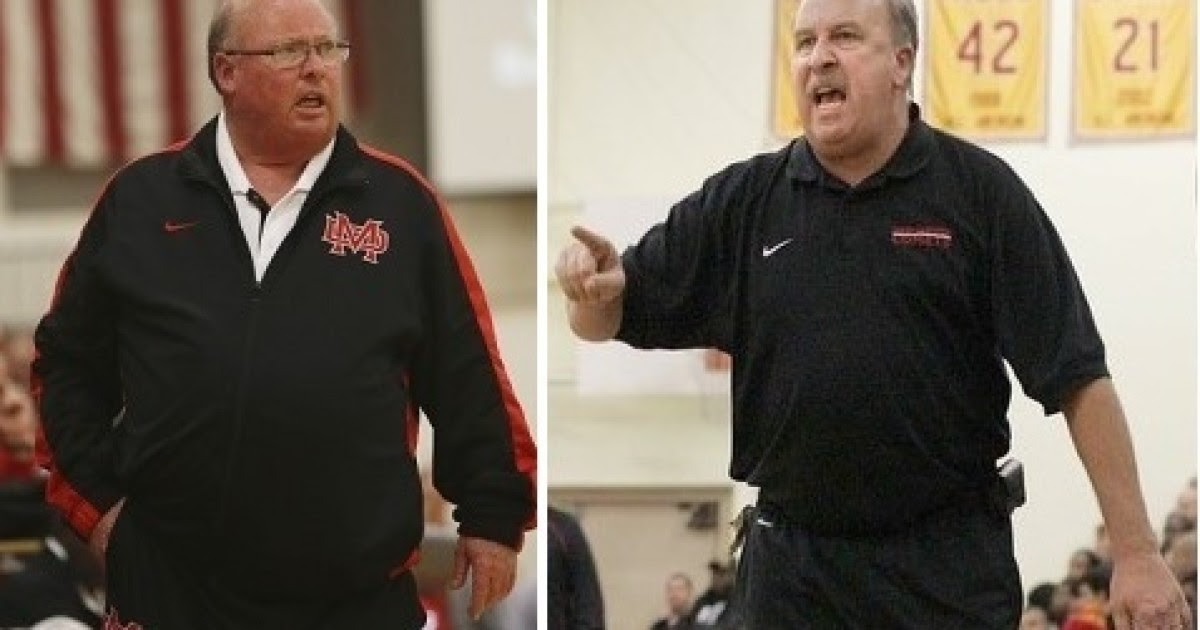 Gary McKnight of Santa Ana Mater Dei and Ed Azzam of Westchester, the winningest high school basketball coaches in the Southern Section and City Section, respectively, each confirmed on Monday that they intended to coach during the 2020-21 school year despite uncertainty with COVID-19 issues. McKnight, who started coaching at Mater Dei in 1983, is the winningest high school coach in California with a record of 1,161-118 in 38 seasons. His teams have won 23 section titles and 11 state titles. “I need another old guy with me,” McKnight said when told Azzam also would be coming back.

Azzam has been Westchester’s coach since 1980. Over 41 seasons, he’s 921-285 with 15 City Section titles, including winning one this last season over rival Fairfax. Azzam said he evaluated on a yearly basis whether to return and acknowledged the uncertainty around the upcoming basketball season as a result of the virus. “We’ll see what the school year looks like and what the season looks like,” he said.

He said he’d told assistant coach Brian Henderson not to schedule any out-of-state games that would require flying but that a trip to Las Vegas was still possible. The big question for all high school basketball teams in Southern California is when the season might be played. Christmas tournaments could be in jeopardy if the season doesn’t start until February. Like his players, McKnight has been doing some work on his own fitness during the shutdown. He noted that he was feeling good after having lost 53 pounds since January. And he wouldn’t mind losing another 25. 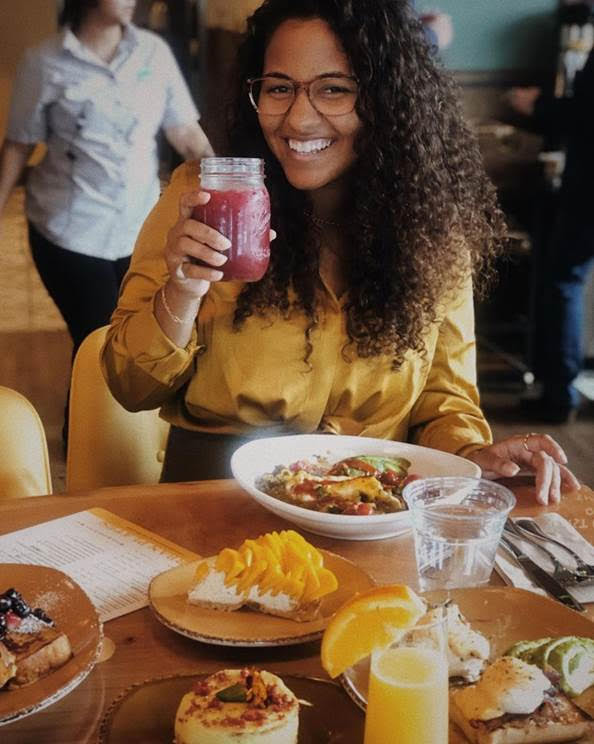 Urban Plates makes wholesome, clean, crave-able food accessible to all. Nutrition is the backbone of your immune system and that system needs to be strong. Now more than ever, how you fuel your body matters. Offer clean, wholesome food for an honest price

The wait is over! Join us for your first meal out.
Safety and dining guidelines on our website – www.UrbanPlates.com 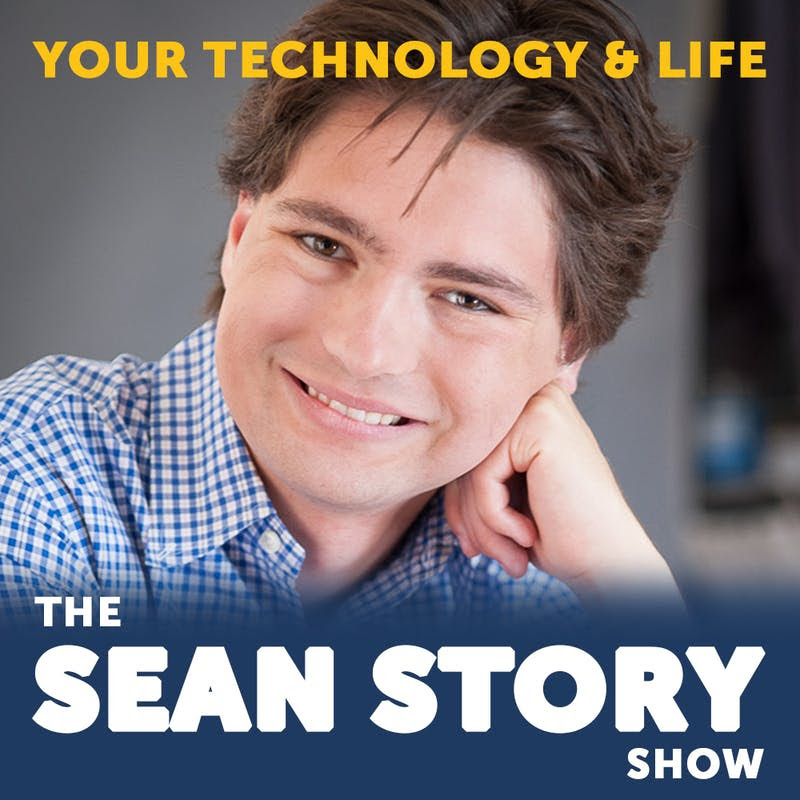 As an IT and Cybersecurity Consultant, I get asked questions every day that I believe everyone should hear the answer to. To share these questions and answers with you and the world, I am excited to share with you my new podcast on life and technology, The Sean Story Show.

You don’t want to miss the first episode that was just released! We’ve got someone writing in who is concerned that her social media posts may affect her ability to get a job, parents of a 5 and 8-year-old who are worried about getting their children iPhones or a tablet, and a newlywed who is afraid that technology is interfering with her marriage and wants to know what to do.

I will be releasing new ~30 minute episodes each Tuesday wherever you enjoy listening to audio podcasts, so please subscribe (free) and listen to the first episode! Here are the links to the show in each of the main podcast platforms so you can easily listen and subscribe:

I want to hear from YOU! Ask me your question about life and technology by emailing AskSean@SeanStory.com 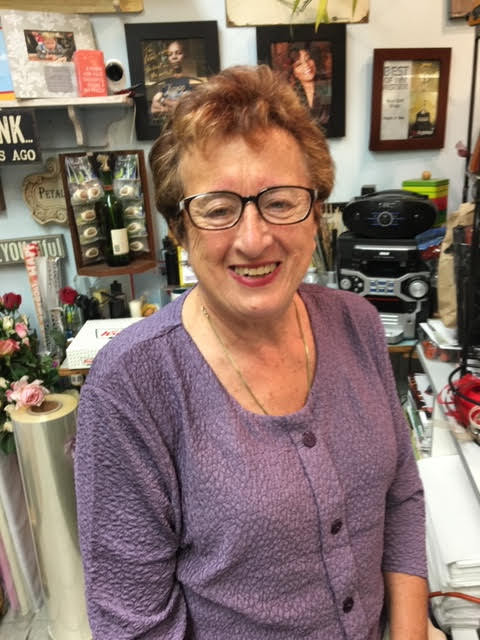 Q: Where are you from and why did you choose to conduct your business in the Silicon Beach area? — Originally from London. Having lived in Las Vegas, Chicago, and New York City I purchased my 1st business in Fisherman’s Village in June 1978 when it was one  of the main tourist hubs in Los Angeles. The store was originally called Captain Toms Woodshop but I changed it to Giggles because everyone came in and were laughing at me and what we were selling so why not?

Q: How did you approach your process in making the best gifts and candles?— In 1997 my current business partner and I opened the 1st Petals n Wax in the original Santa Monica Place Mall and had a few stores in there and other Mall Shopping Centers around Los Angeles. Currently, in Villa Marina Marketplace next to the UPS store, we have had a great customer base that has followed us everywhere. We feature gifts and cards for everyone from babies to grandparents and everyone in between. We offer free gift wrapping on whatever you purchase and also sell the gift wrapping for all the items you buy from any online retailer. We have also developed products that we sold to major retailers across the United States!

Q: Would you have to say has been the forefront of your success in your career?—The forefront of me still being in business is that I have loved what I have done work-wise. I feel privileged on how many customers have followed us with support and how many new customers are finally getting out and shopping with us from 10-5 pm, seven days a week (our current hours)!

Q: What was your first impression of Silicon Beach, was it love at first sight or did it take time to adjust?— I have always loved looking at the ocean and feel privileged to be living in Los Angeles! In the current environment, I feel the opportunities for small retailers will be tremendous. They cannot be ‘Undercover Boss’, but rather be involved with their employees and customers.

Q: What are your favorite restaurants in the area?— I love J Nichols, Starks, Sharkeys, Baja Fresh, Panini Grill, New India’s Oven, and Mo’s. As you can tell I love eating and food and hopefully they all will be open for inside dining real soon. 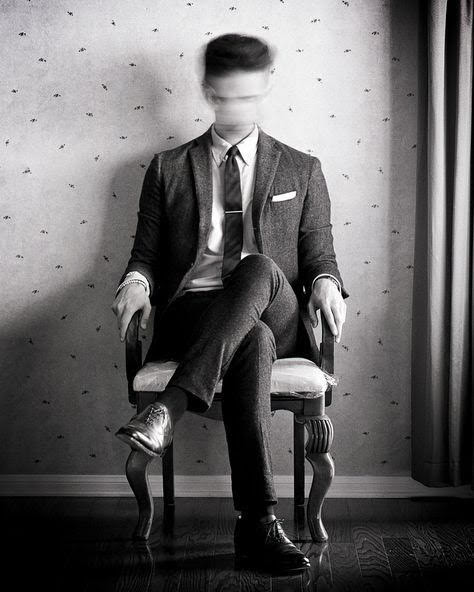 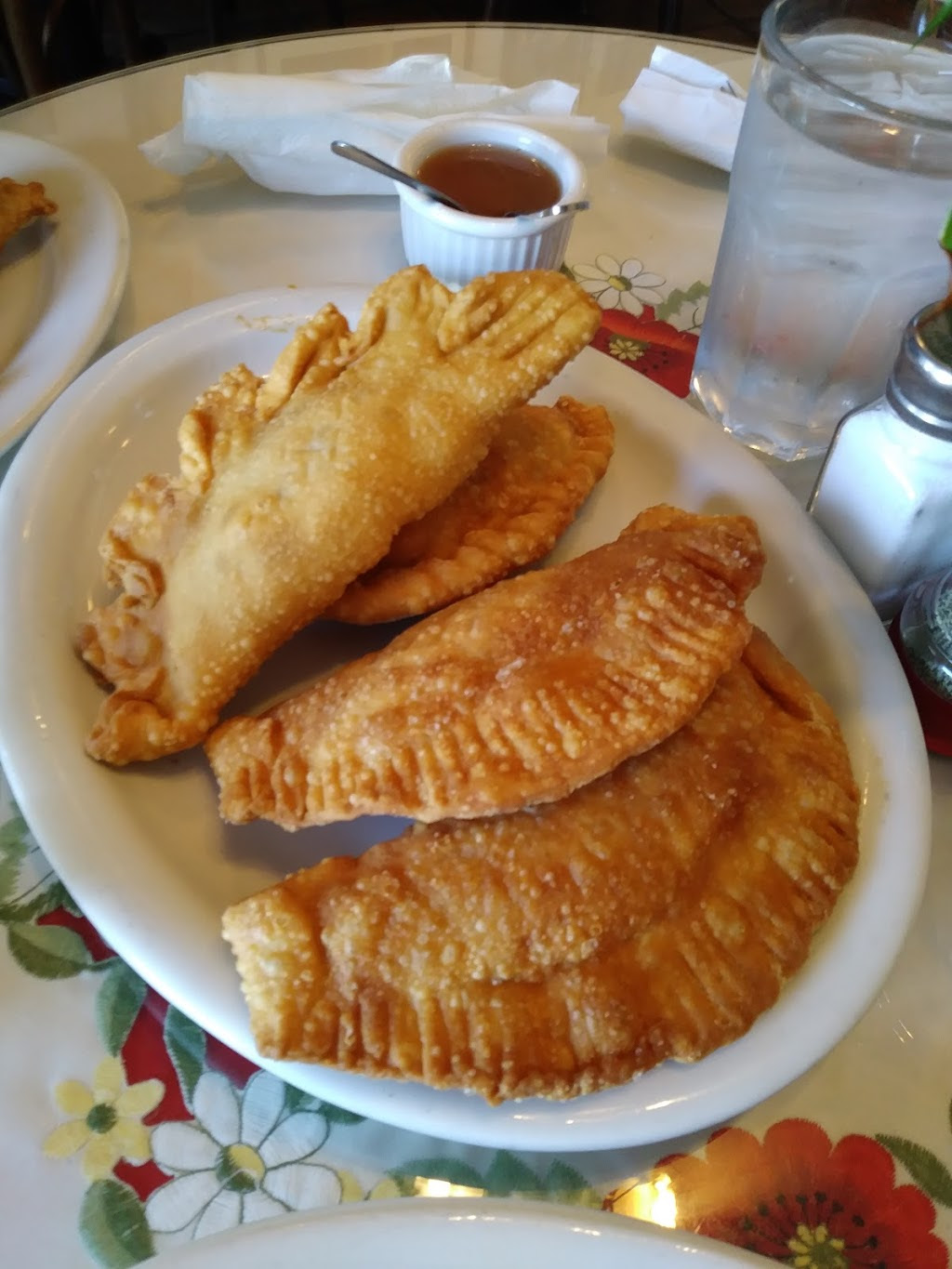 Culver City’s Empanada’s Place, located at 3811 Sawtelle Blvd., is another top choice, with Yelpers giving the inexpensive Argentine spot, which offers empanadas and more, 4.5 stars out of 761 reviews.

* “…Best empanadas any place in LA. Service is awesome [and] the food is delicious… A must eat is the spicy chicken or beef empanada.”

* “…The empanadas were amazing… Favorite empanada? The cheesy spicy chicken and the vegetarian picante.” 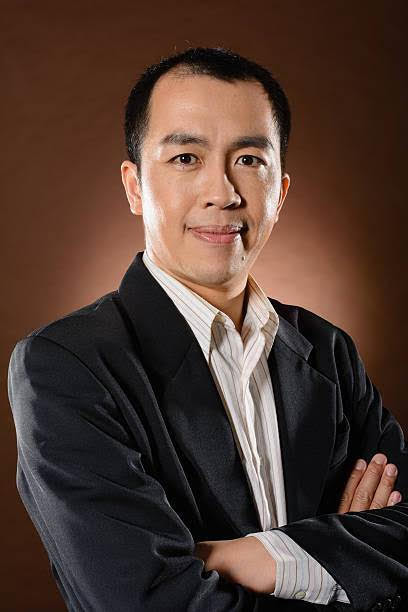 Ryder has been working in Marina Del Rey since January 2019

1. ***Why does the UPS Store on Maxella Ave. in Marina Del Rey allow customers in the store without wearing a mask? Very disappointing. —— Jennifer R., Marina Del Rey.

3. ***The In-N-Out Burger restaurant in Westchester is always full of hunger fans. Unlike most fast-food restaurants, it is always clean and the food is outstanding at fair prices. —— Arthur L., Westchester.

5. ***Sadly, the jocular atmosphere of the Runway shopping area in Playa Vista has disappeared. I hope it returns someday. —— Olympia Westerbrooke, Playa Vista.

Prominent Entertainment P.R. / Branding firm since 1983 seeks a part-time (flexible hours) entry-level special projects – social media coordinator in L.A. Must be very reliable, smart, tech-savvy, detail-oriented and hungry to learn. Great opportunity to learn and grow in the world of media and entertainment. Send resume (no attachment) and complete contact details including a phone number to: Aurora411@TimeWire.net .