*PLAYA PEOPLE – MEET KENDRA: WOULD YOU RATHER?

Kendra has been living and Playa Del Rey since July 2017

WOULD YOU RATHER INTERVIEW:

·  Would you rather have x-ray vision or magnified hearing? X-RAY VISION, OF COURSE

·   Would you rather work in a group or work alone? ALONE, I HATE OTHER PEOPLE.

·   Would you rather be stuck on an island alone or with someone who talks incessantly? ALONE, DUH!

·   Would you rather be too hot or too cold? COLD CAUSE I’M A HOT GIRL

·   When you’re old, would you rather die before or after your spouse? AFTER THOUGH I DON’T EVER INTEND TO MARRY

This program was developed in partnership with the Culver City municipal team and will provide free internet access to affordable housing units across 17 properties in the city. “We fundamentally believe that the internet should be accessible to everyone, regardless of circumstance,” said Monica Webb, Head of Market Development, Ting Internet. “This is exactly why we include a digital divide program in every community we work in. While we’re thrilled to be announcing our presence in Culver City, we are equally delighted to announce that we are working with the city to provide just over 300 affordable housing units with Ting Internet, at no cost to them.”

For more information on Ting Internet, its services and pricing, or to find regular updates, please visit ting.com/internet.

Skeletal remains that were discovered in the Ballona Wetlands Ecological Reserve near Marina del Rey last week have been identified as Kolby Story, a 32-year-old woman who went missing in December, authorities said. Story, of Mar Vista, was last seen Dec. 7, 2020, in the 12300 block of Pacific Avenue, according to the LAPD. The remains were examined by the L.A. County coroner’s office. Story’s family and friends joined police in a search of the area after a good Samaritan turned in some of her personal property, which were found at a homeless encampment in Venice. 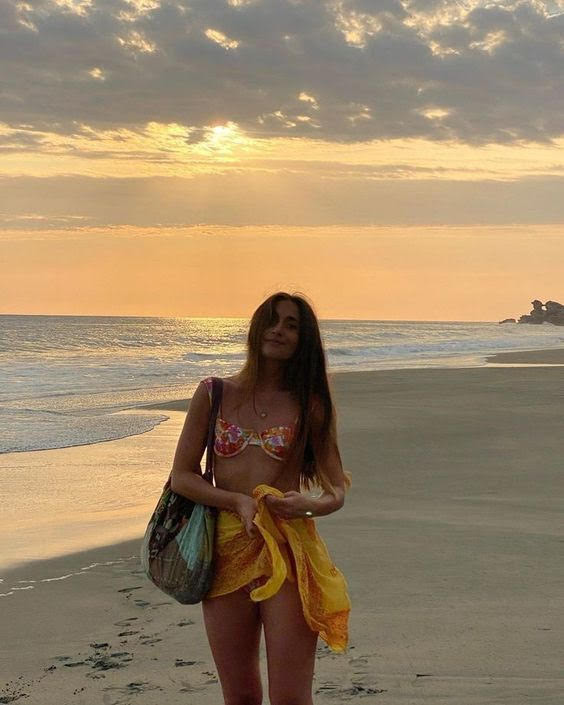 Summertime and the livin’ is easy for Molly in Playa Del Rey.

The beachside, Playa del Rey neighborhood restaurant Playa Provisions, co-owned and operated by “Top Chef” Winner Brooke Williamson and Nick Roberts, introduces a new, elevated cocktail program under the direction of new Bar Manager Liam Odien, previously of The Corner Door in Culver City and Evan Funke’s Bucato. Celebrating the summer season, Odien is rolling out new beverage creations to pair with Williamson’s renowned cuisine at both the California coast-inspired Dockside (nightly dinner and weekend brunch), as well as the soon-to-reopen, hidden gem Grain whiskey bar, which has been closed since March 2020 due to the pandemic.

“My method to creating bar programs utilizes the concepts of education, accessibility, and creativity, resulting in memorable experience for guests,” shares Odien. “From spending significant time with chefs in my past, I have a very gastronomic approach to creating cocktails, in that I want to provide signature, one-of-a-kind drinks, just as there are staple menu items on a food menu. All of my creations have a purpose.” At Dockside, guests can expect an approachable, yet intriguing beverage list, with something for everyone with the new bar direction. In addition to assorted regional and domestic wines and locally produced beers, Odien is also introducing a handful of new, handcrafted cocktails to rotate with seasonal ingredients. Fan favorites like the Del Rey and Blood Meridian will remain on the menu, with a few new signature additions including: A 63-year-old man died in a tent following a fire in Westchester recently. According to the Los Angeles Fire Department (LAFD), the incident was reported Wednesday around 11:43 p.m. in the 8300 block of Kenyon Avenue.  Firefighters arrived to find a single-family dwelling with fire showing in a courtyard area containing excessive storage, department spokesperson Margaret Stewart reported.  Firefighters made an aggressive attack on the fire and extinguished it in 17 minutes, according to Stewart. “After being informed the male occupant typically slept in a tent in the area of the fire, [they] conducted a search. Upon locating the tent, they found an adult male beyond medical help and determined deceased on scene,” Stewart said.  LAFD Arson responded for the investigation, per protocol for a fatality, Stewart added. The Los Angeles County Department of Medical Examiner-Coroner has not yet released the identity of the deceased.

Ellin Palmer at her cookbook stand at the Mar Vista farmers market.

Cedars-Sinai architects are redefining how hospitals are built by utilizing mock hospital rooms and feedback from medical staff to create a new 9-story Cedars-Sinai Marina del Rey hospital. The feedback provided by health care professionals is critical to making the high-tech rebuild of the current 2-story, 50-year-old hospital a success.

Micro Store at The Runway

Q:  Why did you choose to conduct your business affairs in the Silicon Beach area? How did you get there?

– When Micro Kickboard decided it needed a showroom on the west coast a couple years ago, Silicon Beach was an obvious choice with all the companies moving in – it was easy to see a cool and diverse community growing here. It’s a really interesting community – we wanted to be here on a personal level as much as on a business level. I personally joined the Micro team upon opening this store at The Runway in Playa Vista, and have found it to be a welcoming and family-oriented community that truly fits with our vision of families being able to scoot together on adventures.

Q: What would you have to say has been the forefront of your success in your career? How did you develop your process in your work?

– Putting people first – both employees and customers – we really just put ourselves in the shoes of our customers and, knowing that we have a quality product, we hoped that the success would grow from the way we engaged with our team and our customers. Having been a scooter rider for most of my life, both as a kid around the neighborhood and a college student at CSU Fullerton, being able to utilize my own love of scooters and that personal experience riding them to help customers to feel comfortable as they look at and test ride our products.

Q: Do you see yourself going beyond the Silicon Beach area? Where are you from?

– We are looking at setting up a store in Seattle, and possibly other places in Southern California, such as Manhattan Beach and Santa Monica. These locations, like Playa Vista, offer unique areas for families to ride scooters together while enjoying the amazing views that SoCal beaches are known for. I myself am a SoCal native, born and raised in Torrance; I’ve been living in New York City for the past 7 years, and recently moved back.

Q: In what ways have you seen the area change since you’ve been here?

– The investment in The Runway has been incredible – everything has been done to such a high standard, and the efforts to grow the community have paid off. We also see people coming from areas all around SoCal to visit and spend a few hours shopping, eating, and enjoying the various live performers and special events that are held on the weekends. 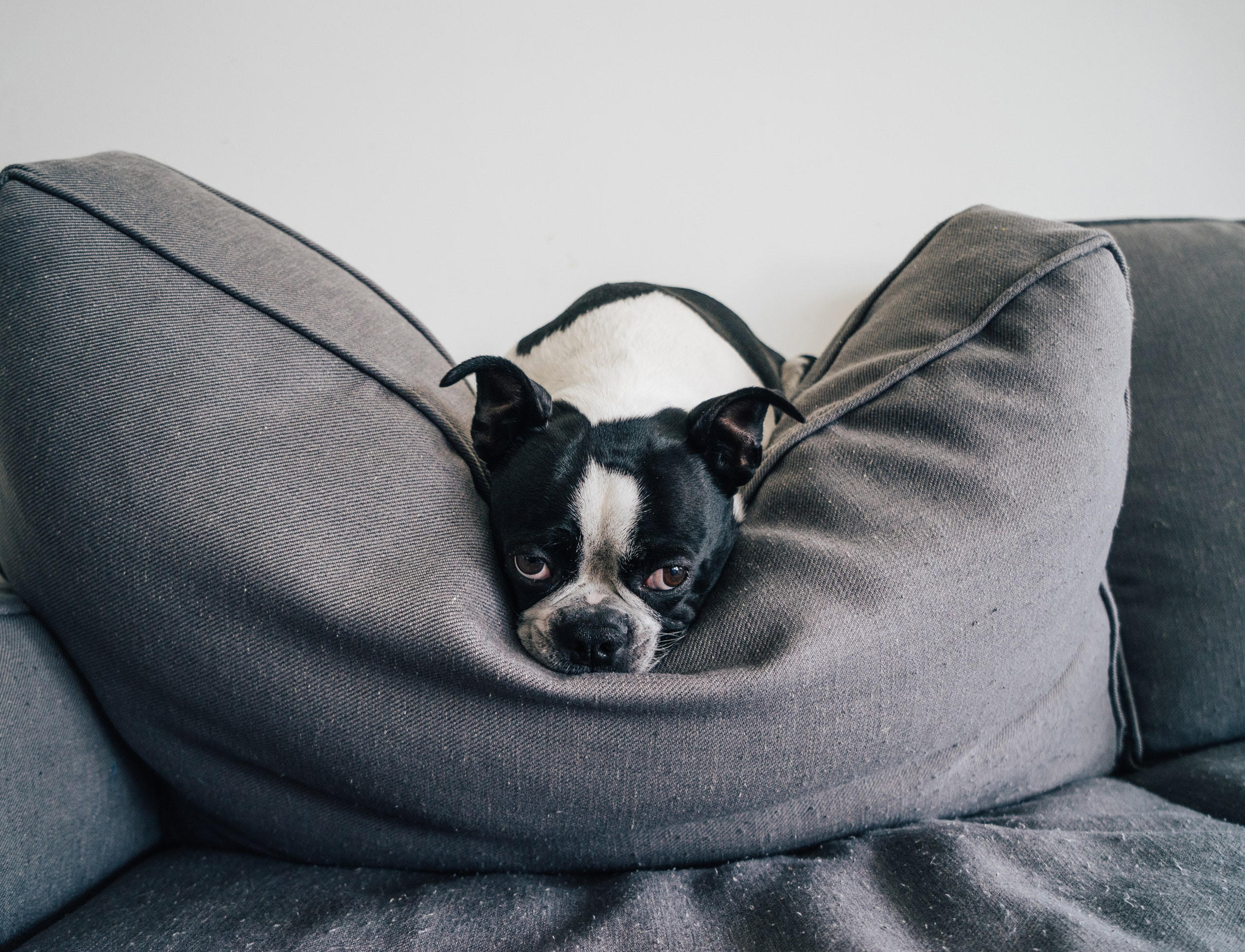 Dogs have more fun in Playa Vista. It’s been proved. 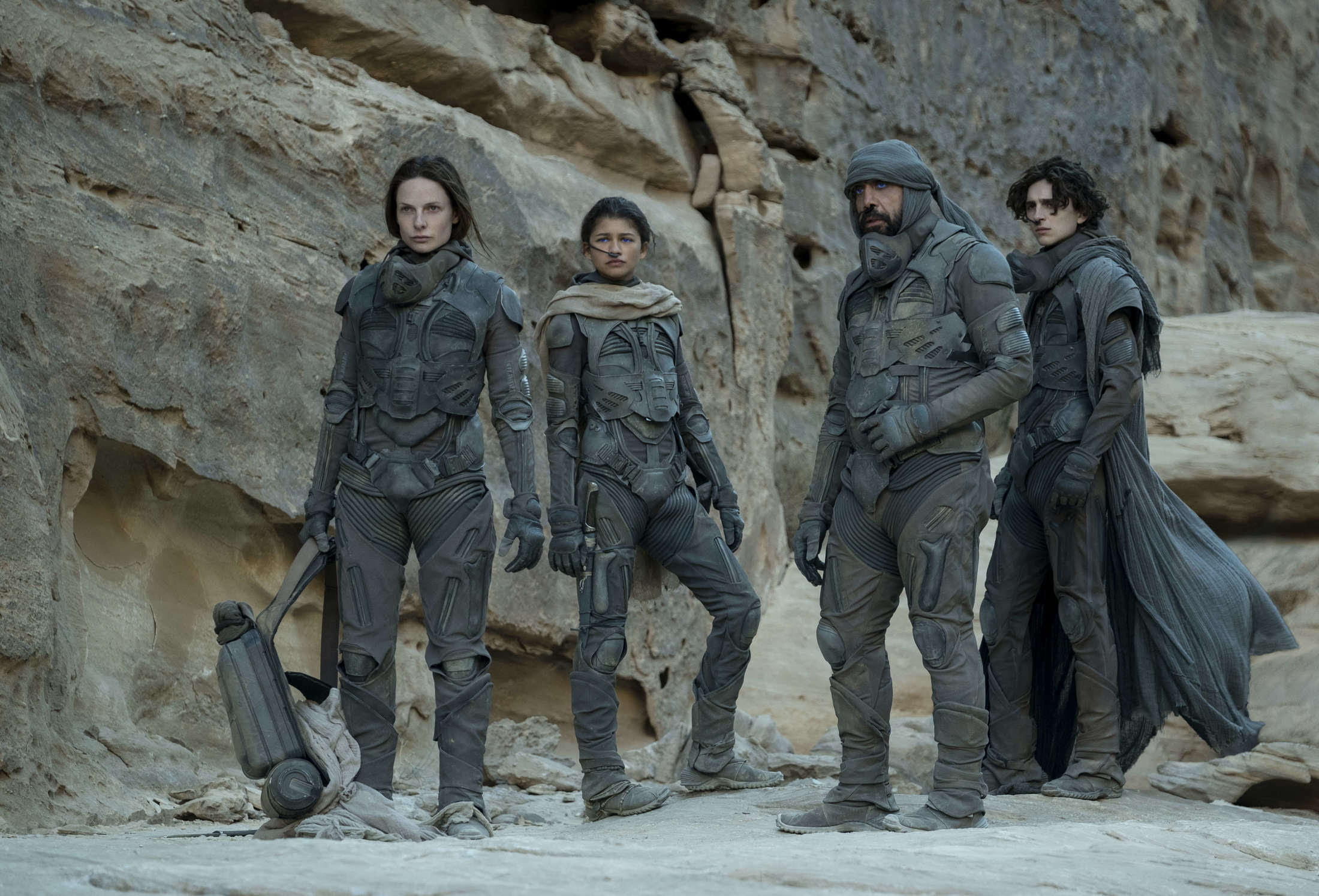 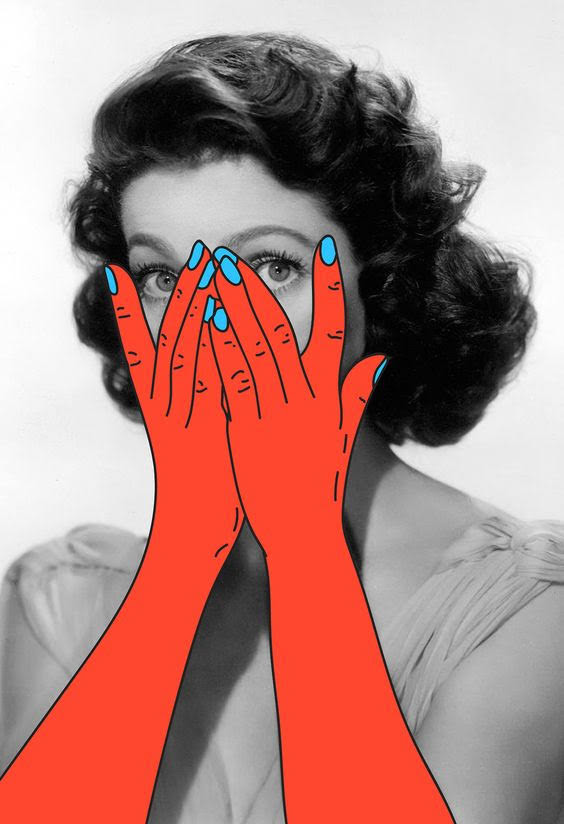 88%, an avalanche of Playa Vista People readers approved of the recall effort underway for area City Councilman Mike Bonin. A survey of readers of the popular weekly, the digital magazine cited almost 90% who approved of the recall sighting Bonin in ineffectiveness in dealing with the homeless problem. Many other Playa Vista People readers cited a feeling of unsafety regarding increased crime in the area.

“This is an area out of control! It’s disgraceful and the Councilman is a significant reason for the disaster” said longtime area resident Julia G. of Marina del Rey. “I have afraid to leave my home after dark.”

Many readers refer to Bonin as a leading cause of the homeless and crime problem in the area stating “his radical left-wing beliefs have a very misguided compassion point of view” said Doctor Lance H. of Culver City. “Drive the area. Be prepared to throw up.”

Couch dropped off behind Starbucks on campion. Seriously. Just witnessed 2 young, college-age guys quickly dropping off a couch from their white pickup truck. They dumped it next to the bushes behind Starbucks at 83rd and Campion. They were rushing fast like they knew this was wrong. Another truck witnessed them and was honking, but the guys were unfazed. They took off quickly leaving their couch behind for someone to use as a comfortable bed * update: While I was posting, guys came back and picked up the couch. I thanked them. Perhaps they had a guilty conscience?

Amber outside of Loyola Marymount.

*PLAYA – BULLETIN BOARD:
1. ***The Main Street Al Fresco Project in decayed Santa Monica reimagines the way the remaining fearful residents use their vacant, dirty streets, sidewalks, and curbside space to better support small businesses and active mobility. In partnership with the Main St Business Improvement Association and Ocean Park Association, they believe after years and years of decay and decline this will do the trick. Sorry, pals, but customers won’t come to a crime-ridden, homeless-infested, dirty, stores boarded-up area, no matter what clever name you call it. —— Lance H., Marina Del Rey.

4. ***I am on Councilman Mike Bonin’s mailing list. What a bunch of B.S. He takes zero responsibility for the disaster he created and spends most of the newspaper explain why he is so great. He has to go! Now! BTW, the only surprise in his newspaper is that he doesn’t use stupid “pro-nouns” thought. How Un-woke of him! —— Ann H., Marina Del Rey.

5. ***If you’re fully vaccinated, how worried should you be about the Delta variant of the coronavirus? There is widespread scientific consensus that fully vaccinated people have an excellent chance of being protected from severe illness or death from any coronavirus strain, including Delta. In Los Angeles County, 99.8% of people who have died from the coronavirus since December have not been vaccinated. —- Dr. Albert C., Playa Vista .

6. ******The resort at Playa Vista presents Summer Series: Yoga in the Park — Every 3rd Sunday of the month (June-September) Time: 10 am-11 am Where: Concert Park. — August 22 September 19. Complimentary Class – Open to everyone – No registration needed

7. ***”I actually pity shoppers at Ralph’s on Manchester Avenue in Westchester. What was once a nice super market has now become a pseudo homeless shelter that feels both dirty and unsafe.” – Rayford G., Westchester.

9. ***“The reason the washing machine only ever eats one sock is because when it eats a pair we don’t notice it.”—– Darlene M., Playa Del Rey.

10. ***“If we removed the walls and ceilings of trains, they would just be rollercoasters.” —– Michael Q., Playa Vista.

11. *** The people of San Francisco have elected Pelosi 17 times.  So they deserve the depravity they are getting.  —- Dr. Nancy O., Westchester.

12. ***We can only hope the city changes the law back to making it illegal to sleep on the streets, parks, beaches, in your car or in front of businesses. Stop the handouts that aren’t working. Investigate the “nonprofits “ and hold them accountable. Perhaps many “homeless “ will not flock to the golden state of freebies and stay in their own states. —- Ken Schwarz

13. ***Someone siphoned gas from my car. Beware someone is going around stealing fuel from people’s cars. I had over half a tank yesterday when I parked and was empty when I started my car this morning. The joys of living in a blue city! —– Lia Marcus, Palms.

14. ***My ambition is to live to see all truth reduced to a formula so elegant and simple that it will fit easily on the front of a T-shirt. —– Liz S., Marina Del Rey.