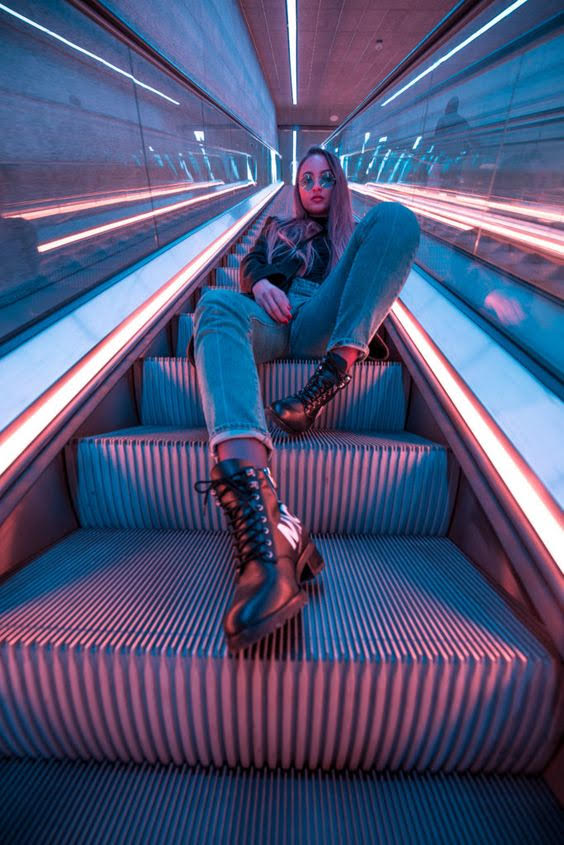 FUN FACT: Melanie only shampoos her hair once a week and plays the harmonica.

Muhammad was out fastest and held a slight lead through the seventh hurdle, where McLaughlin started to draw almost even. Coming off the final hurdle still in the lead, Muhammad was caught by McLaughlin and the duo then gave it all they had over the final 40m. McLaughlin clipped .44 off her previous world record, the biggest reduction in the mark since 1984, and the American 1-2 with both women breaking the previous record reminiscent of the Kim Batten-Tonja Buford race at the 1995 World Championships, when Batten won 52.61-52.62.

Dating back to the 2019 Toyota USATF Outdoor Championships, Muhammad and McLaughlin have met in four major finals and have set two world records each. Muhammad set the first at Des Moines with a 52.20, .68 ahead of McLaughlin, and then lowered it to 52.16 to win the world title at Doha by .07. McLaughlin returned the favor at the Olympic Trials in June, .52 up on Muhammad with her 51.90, and then today happened. At her medal ceremony, McLaughlin received the 1,000th gold medal awarded in Olympic track and field history. 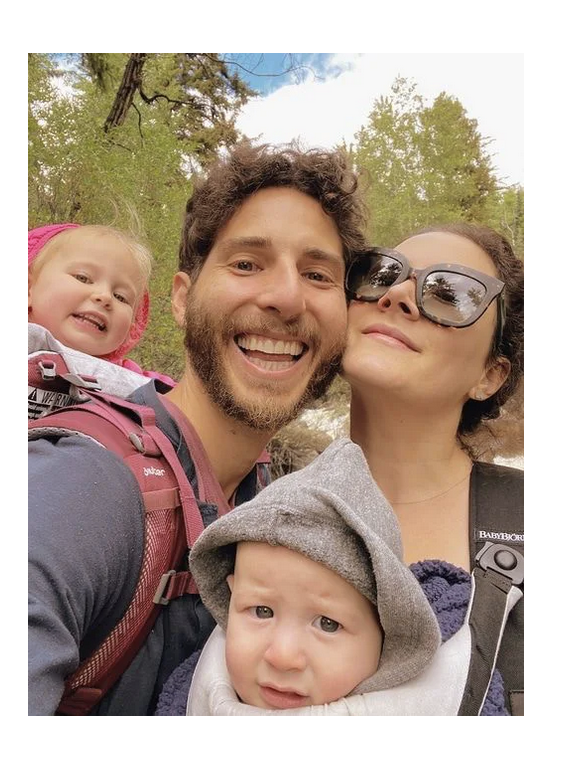 Started by friends and successful entrepreneurs Michael Fishman, Christian Straka, and Steve LePore, Maverick Community supports independent entrepreneurs and strives to make fitness and health more accessible to everyone. Maverick Community includes a nonprofit component called Maverick Forward, committed to opening 20% of its locations in underserved communities. The launch weekend of August 6th and 7th is packed with donation-based classes, with all proceeds benefiting Free Arts for Abused Children – a Los Angeles-based nonprofit organization that uses art to restore hope, resiliency, and self-esteem in children who have experienced abuse, poverty, neglect and/or homelessness. Registration is available at www.bemav.co/book. 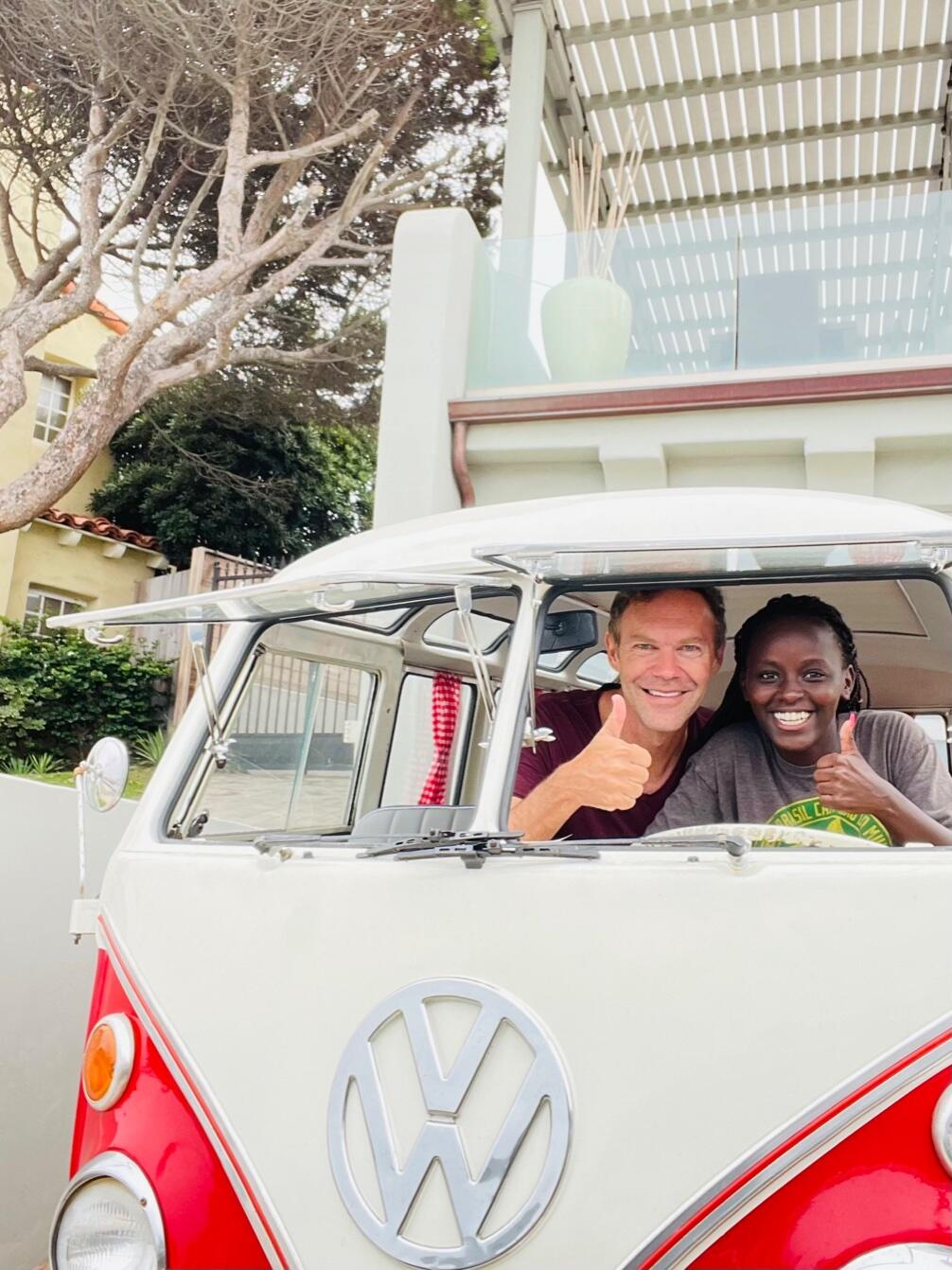 BUS IS BACK—THANKS TO ALL NEIGHBORS. Long Beach police called at 1:45 a.m. last night to say our VW bus had been abandoned near the port of Long Beach. Now safely back home, with no damage except ignition torn out when they hot-wired. Thieves even left us their screwdriver! Thanks to all our wonderful neighbors who chimed in with advice, camera checks, and sympathy. This is truly a community. 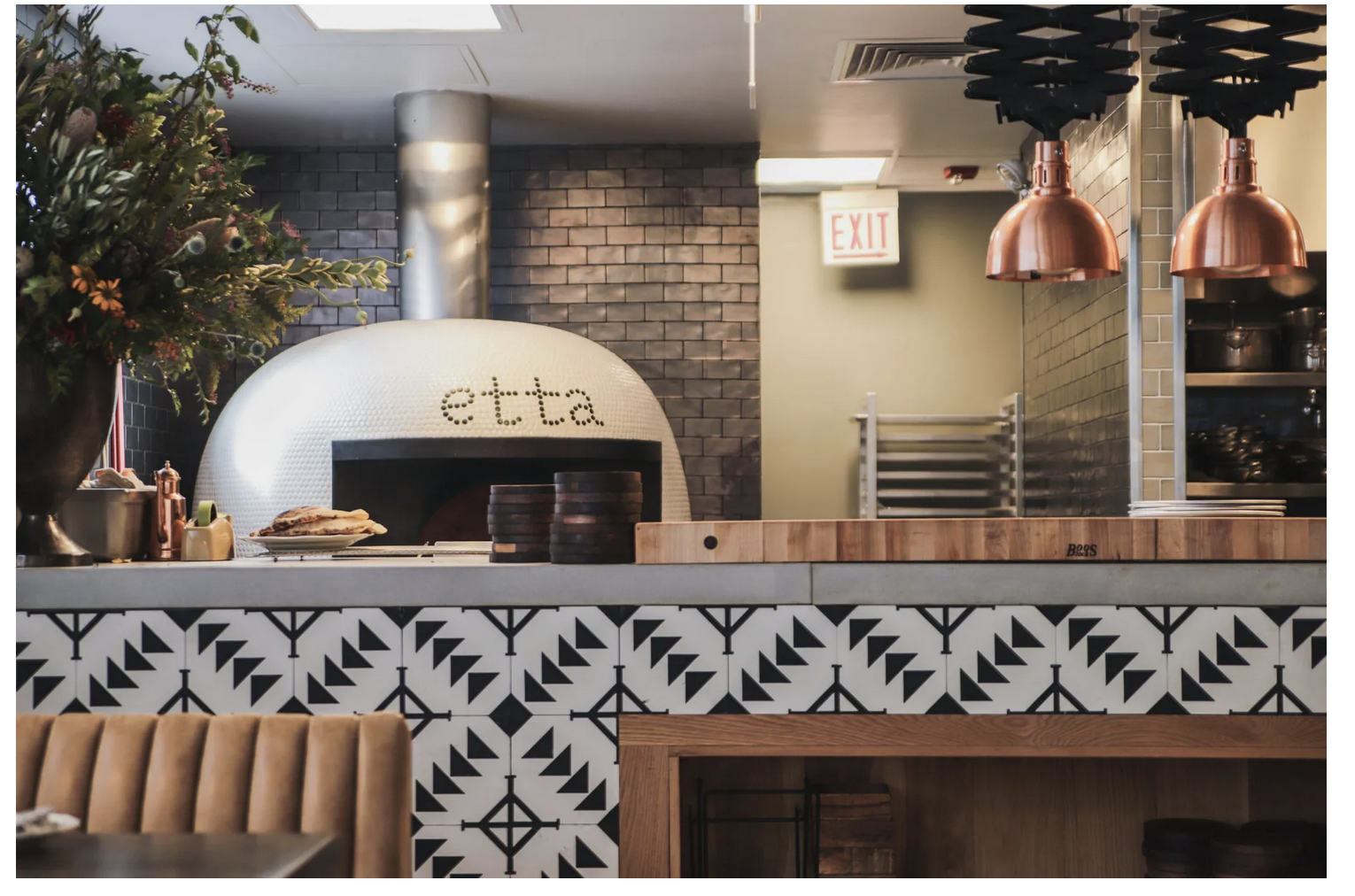 Upcoming Italian destination Etta is almost ready to serve in Culver City. The long-awaited project, first announced back in 2019, is the work of one of Chicago’s most prominent restaurant groups, known as the What If Syndicate. Celebrated chef Danny Grant and company — who are also expanding to nearby Beverly Hills with steakhouse Maple & Ash — are taking reservations for the pizza and pasta-focused spot now, with the first evening of full service slated for September 2. Former NoMad LA pastry chef Brad Ray is on as executive chef, meaning he’ll be running the day-to-day operations for the restaurant at the Ivy Station development. The group has further plans to expand Etta across Los Angeles, with a second location in West Hollywood coming sometime in 2023. The opening menu can be found here. 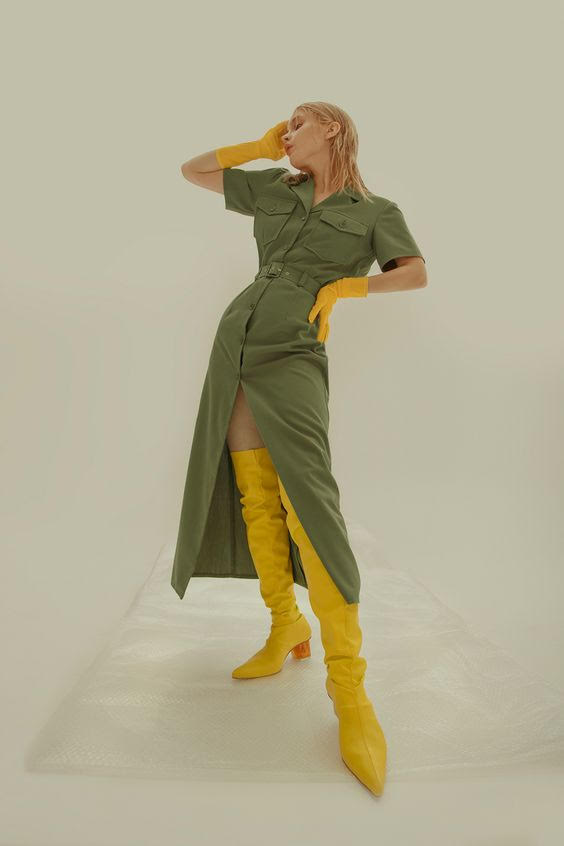 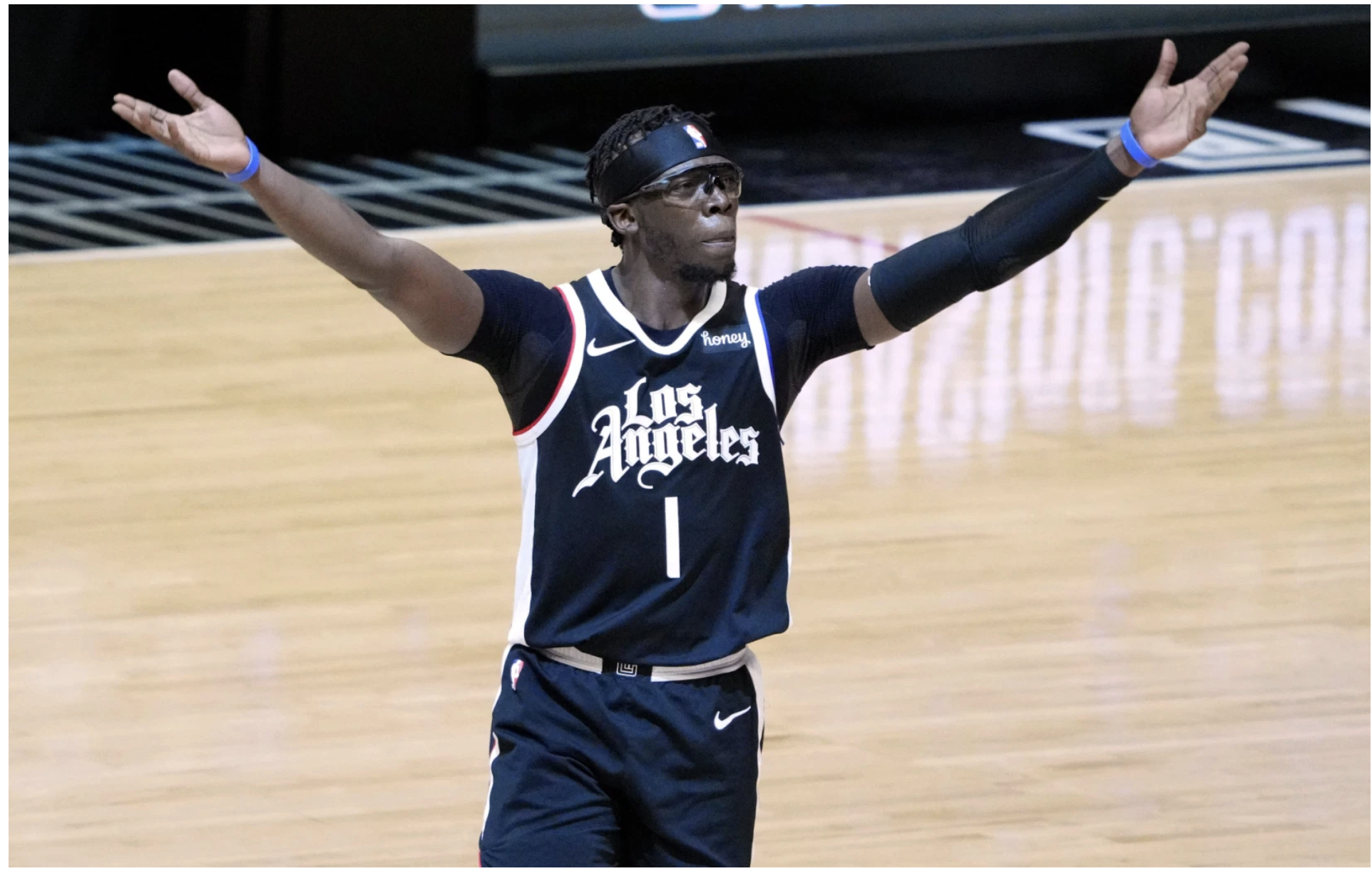 The goggles. The mismatched sneakers. The Bobby Shmurda-inspired wiggle at the free-throw line. The big-time bailouts. There’s more of it in store for the Clippers – free agent guard Reggie Jackson has agreed to return on a two-year, $22 million deal, as reported by ESPN’s Adrian Wojnarowski and confirmed by a league source. Jackson can sign Friday, the NBA’s free agency moratorium having ended. The Clippers will sign Jackson with the Early Bird rights exception that required a minimum of two seasons (without an option). The Clippers now have 12 guaranteed contracts – without star forward Kawhi Leonard, who is expected to re-sign – on the books and still have the $5.9 million mid-level exception to offer another free agent.

Jackson, 31, was a late signing last year, rejoining good friend Paul George on the team on a veteran’s minimum worth about $1.6 million. He became a mainstay during the regular season, helping the Clippers stay afloat despite key injuries, and he proved to be one of the Clippers’ primary catalysts in the postseason. “The more I stayed myself, the more this team empowered me to be myself and I was able to find success.”

For the Clippers’ part, Lawrence Frank, the Clippers’ president of basketball operations, made it clear last week they wanted him back: “Reggie is such a great, great story when you think about how things changed for him in 12 months after the bubble to then come in in the different roles and then eventually starting, and then what he did in the playoffs and the run he had, it makes you really, really happy for him.”

And while much of the team’s fan base held its breath this week waiting for news about both Leonard’s free agency plans and Jackson’s, too, rookie guard Jason Preston offered a hint Thursday when he said Jackson – who averaged 10.7 points, 3.1 assists and 2.9 rebounds per game in the regular season – was among the Clippers he’d met in his first week on the job at the team’s practice facility in Playa Vista. 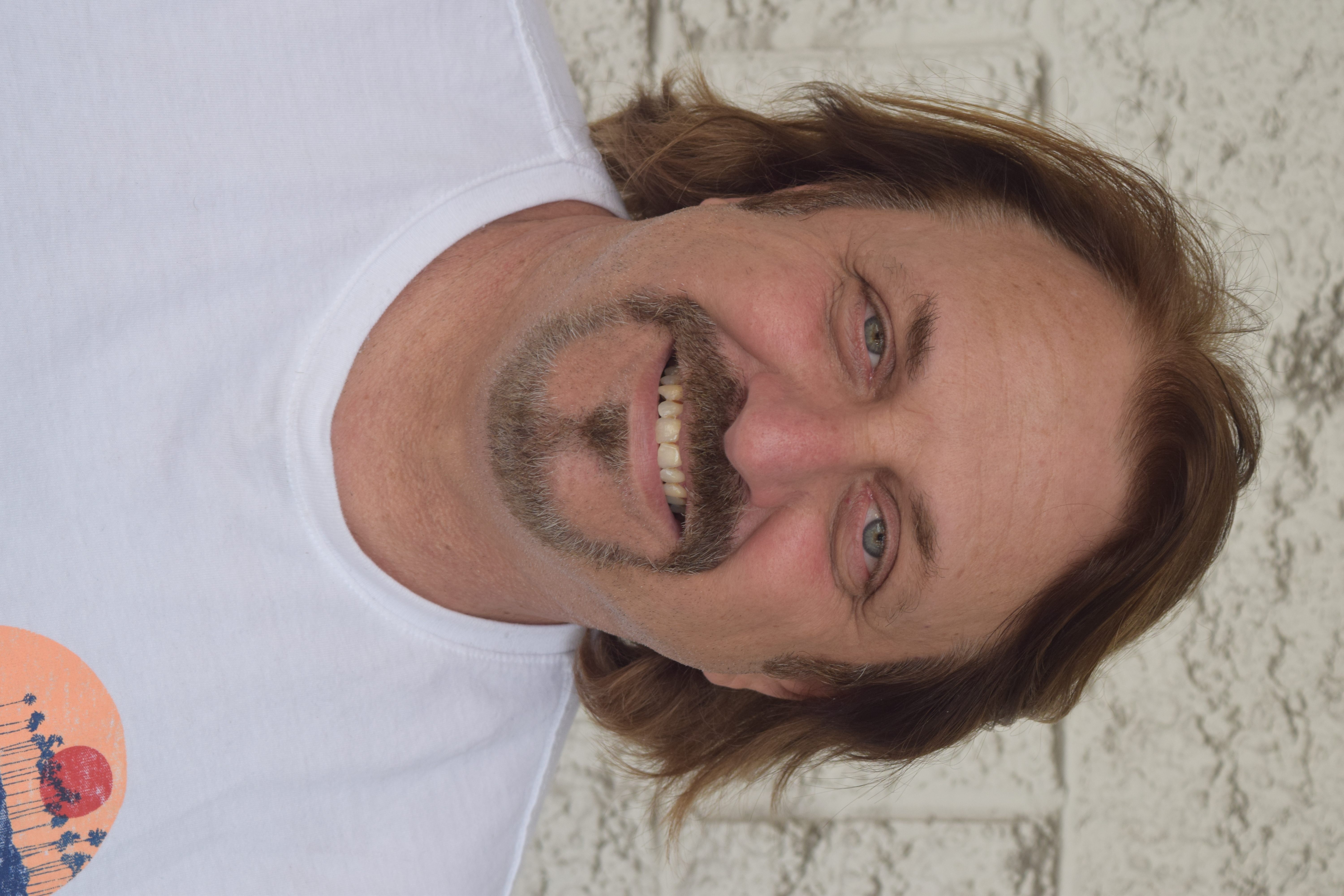 Producer Ed Rivero oversees branded content productions throughout North and South America. As Managing Director of The Cortez Brothers, Inc. (online at CortezBrothers.com, and on social media @CortezBrothers), he wrangles the productions and careers of more than a dozen working, professional directors all around the globe. 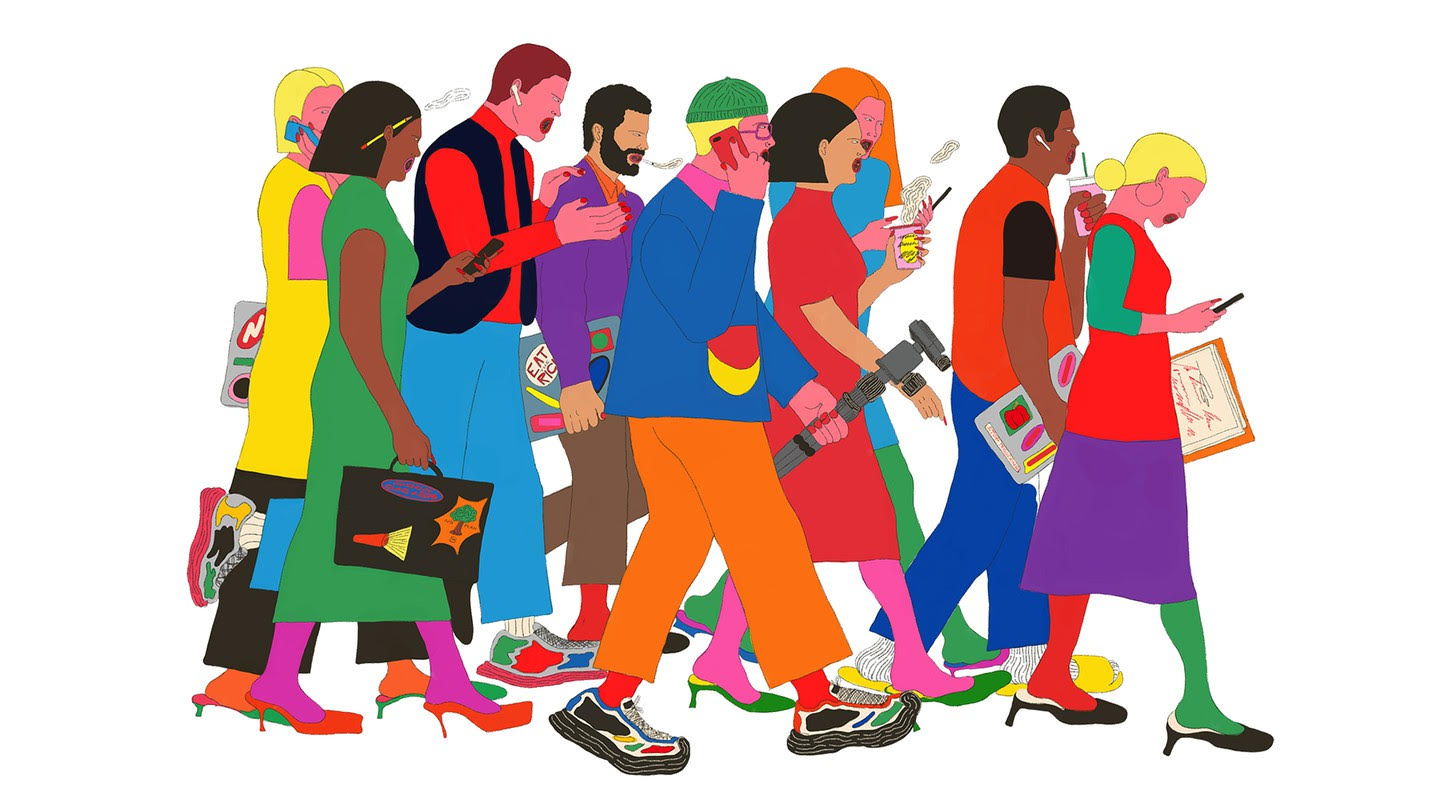 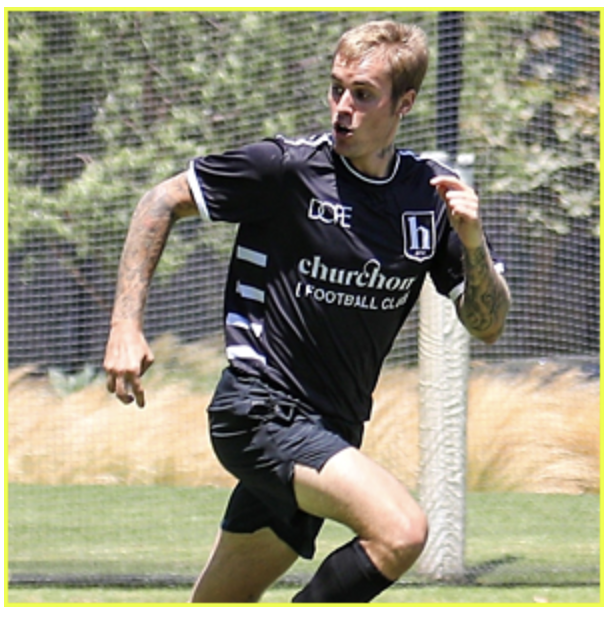 We have some great new photos of Justin Bieber on the soccer field! The 27-year-old singer was seen in his Churchome gear while playing in his soccer league on Saturday (August 7) in Playa Vista, Calif.

After the game ended, Justin was see going barefoot while walking out of the park and back to his sprinter van. A security guard escorted him back home. Justin was spotted the night before with his wife Hailey during a date night at the sushi restaurant Nobu in Malibu. 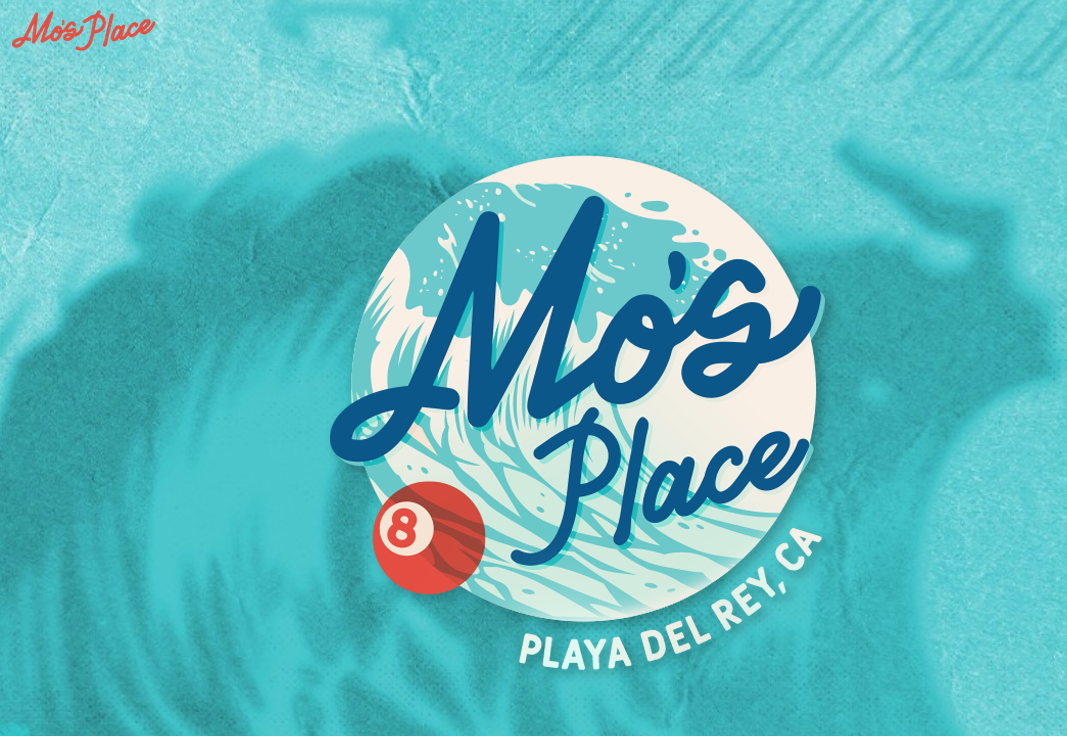 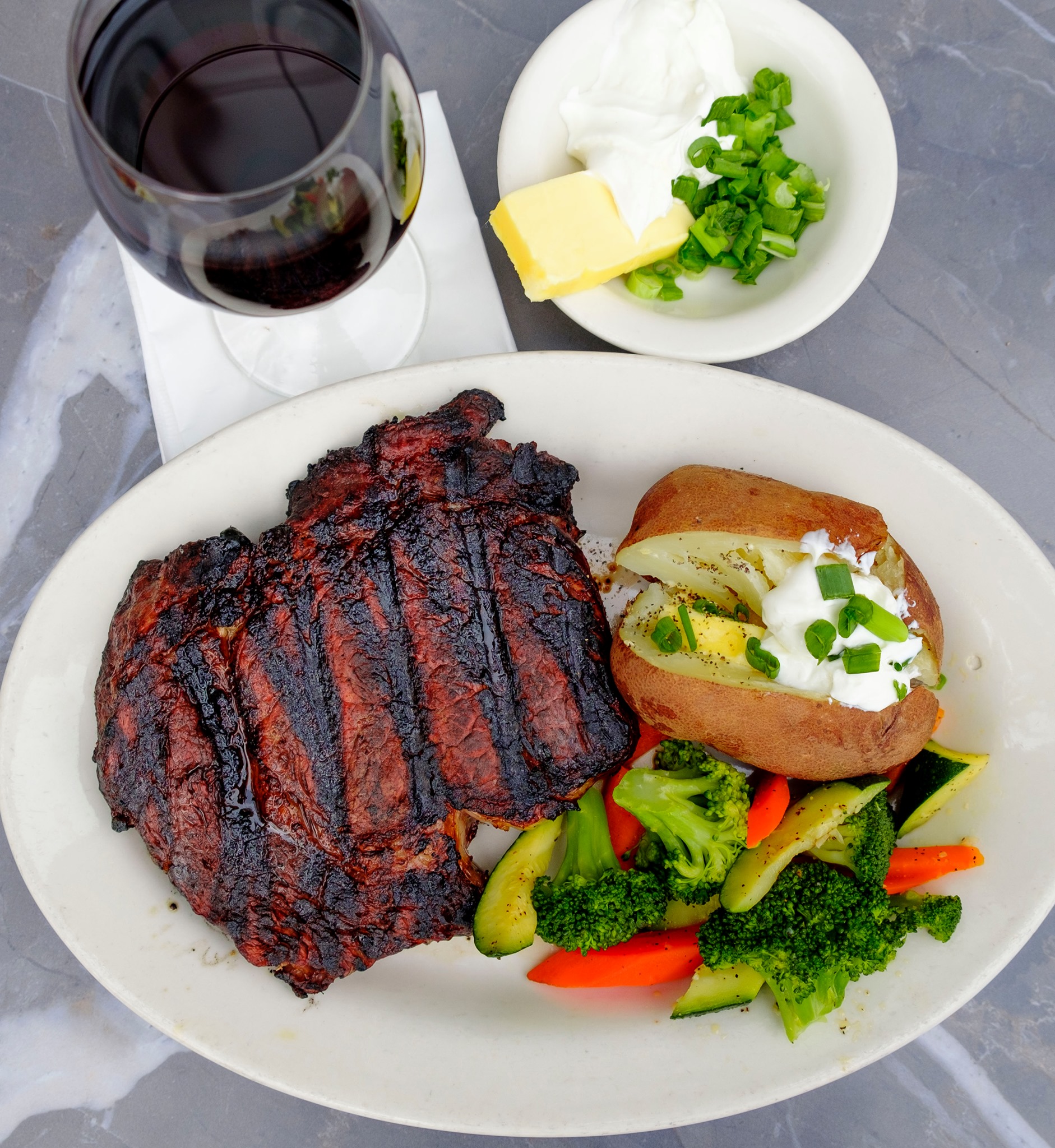 We hope everyone had an amazing weekend!!💥
Did you know we were reader recommended to the “Argonaut News” last year as Best Independent Local Steakhouse on the Westside?!?! If you haven’t already, come try our Rib Eye and New York steaks! Prepared just right for your tastebuds 🥩 #ribeyesteak#primerib#beststeaks#bestofthewestside#argonautnews#playadelrey#beachbars#fivestardivebar#welovefood 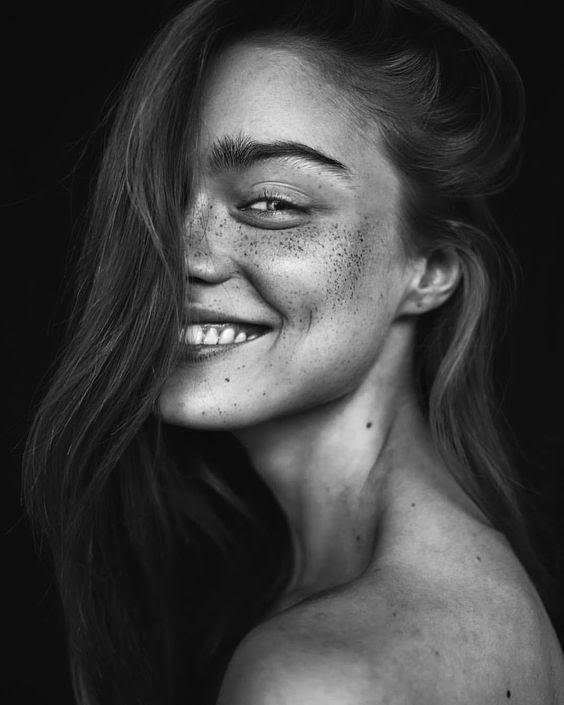 Sophia has been living in Marina Del Rey since September 2019

– Would you rather always have a mullet haircut or a ponytail haircut? NEITHER, BUT WOULD LOVE TO BE BALD FOR A DAY JUST TO EXPERIENCE IT.

– Would you rather always have bad gas or always have a really dry mouth? I ALREADY KNOW WHAT BAD GAS IS LIKE WHENEVER I EAT MEXICAN FOOD.

– Would you rather be a high school teacher or a clown? A CLOWN, FOR SURE. 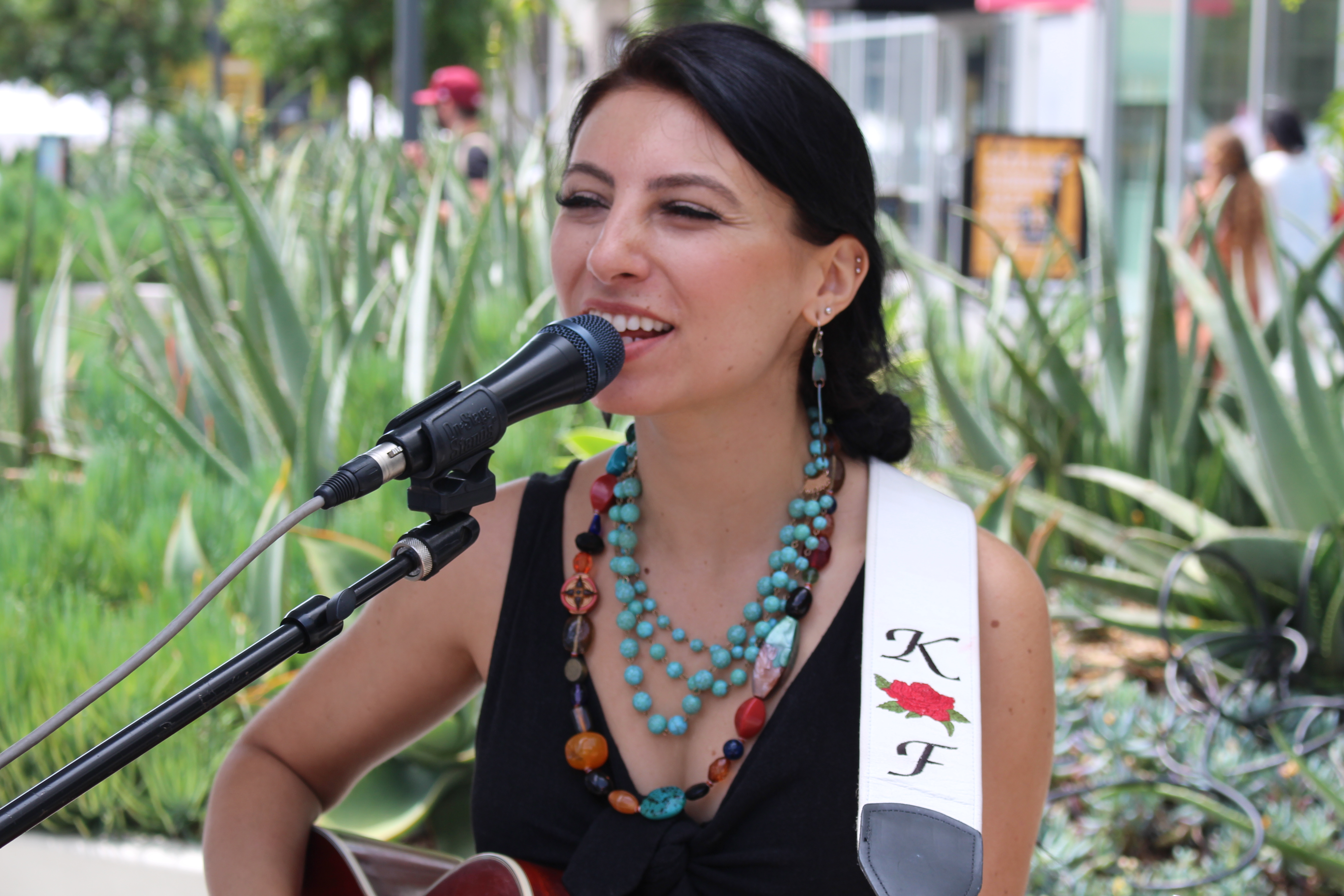 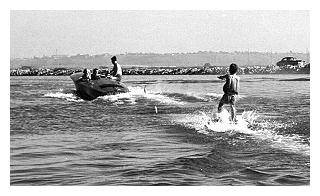 Larry Norman, daughter Linda and a friend. (Notice in the background, on top of the hill, sits Loyola University.) 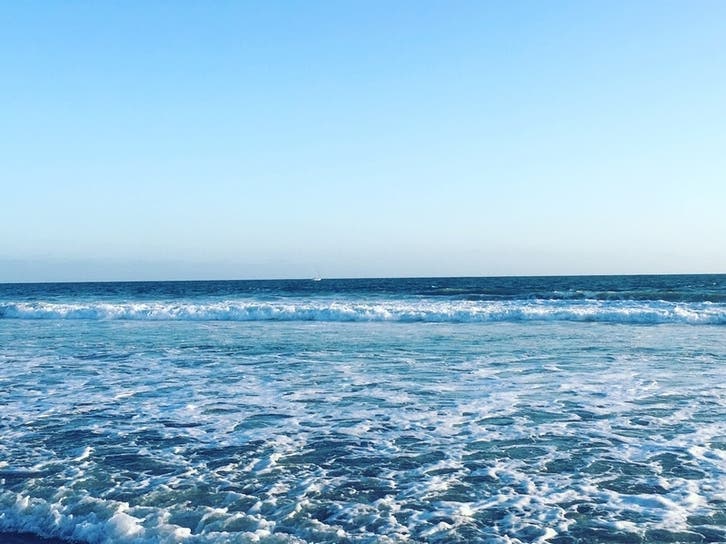 Health officials warned people to be careful of swimming, surfing, and playing in ocean waters around discharging storm drains, creeks, and rivers at the following beaches:

“Given the severity of recent incidents, the subsequent and continued discharge of untreated and partially treated wastewater near highly trafficked beaches, and the lack of clear communication by the city of Los Angeles, an investigation into the facility’s operations, response, and environmental impact is warranted,” Lieu, D-Torrance, wrote in a letter to EPA Administrator Michael S. Regan and NOAA Administrator Richard W. Spinard. “As the city of Los Angeles discharged this wastewater and facility operators attempted repairs, key local first responders and nearby cities were not immediately informed of the discharge in the nearby ocean,” he said, adding that it may have violated a 2007 California law he authored to improve reporting of sewage spills. 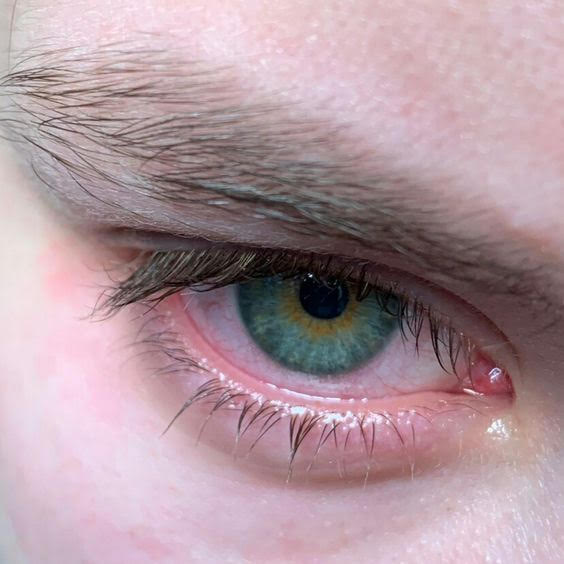 The eye of a Playa Vista People weekly reader. Meet Rowan. Rowan has been living and working in Culver City since April 2020.

1. ***One of the hardest parts of napping on a schedule is quieting a too-loud brain. It’s easy to ruminate and stress, and to spend half an hour digging through your mind’s detritus rather than unplugging. —– Candace R., Westchester.

5. ***Westchester Park today 8/4/21. There is some sort of cleanup happening and fencing going around the ball fields to prepare them and hopefully maintain them to be usable. I.e. fixes sprinklers and gopher holes. The campers are having to move and clean their areas. Hopefully, they will clean and sanitize the library lot. The smell is horrendous. They can clean it. —– Julie Zaller, Westchester.

6. ***Every person has as much of a duty to avoid lawsuits as a ship’s captain has to avoid a shipwreck. —– Yani Z., Playa Vista