A neighbor towed my truck costing 1,000 dollars. I live on Walsh Ave in Del Rey and have a Black Chevy Avalanche. Recently a neighbor had my truck towed from outside his house. I saw no street signs that said I could not do this. It cost me 1,000 dollars because I didn’t know it was towed for a couple of weeks. The whole neighborhood knows it’s my truck because I usually park it outside of my house. Please next time be a nice neighbor and just ask me to move it instead of towing my vehicle. I can’t imagine calling in to have one of my neighbor’s vehicles towed. 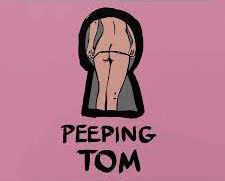 Peeping Tom!!! Hello neighbors. So this morning I caught a peeping Tom taking photos into our bathroom window while I was standing in there. As soon as he saw that I was looking at him he ran off. This is not the first incident at my house where this has happened. A few months ago, a man broke into our backyard and took photos of my roommates and me in our bathrooms. I understand many of you hate college students, but as young women, we are targets for predators like this. Please watch out for our safety and report any suspicious behavior to LMU. Person 1, Hair: Black Bucket hat, Top: Black T-shirt, Bottom: Black shorts, Sex: Male, Race: White, Physical Build: Short, skinny, small – 8050-8060 Nardian Way, Los Angeles, CA 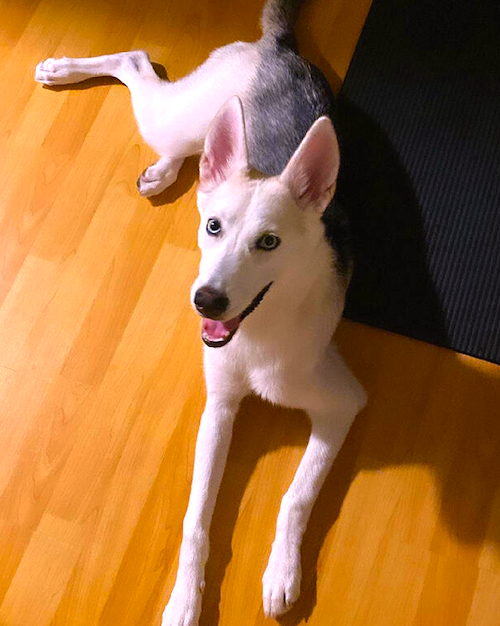 Urgent Need for Dog Fosters. Hi neighbors, it’s Andy from Forte Animal Rescue here in the marina, and we are in desperate need of fosters, especially one immediately. The white dog (pictured), Azula, is 7 months old and is losing her home on Saturday. The other two are around 4-5 years old, and neutered, and are currently stuffed into an apartment with someone who cannot keep them very long. All three are house-trained and good with people, kids, and other dogs (all have played at dog parks). The two black ones (the shepherd is Rocky, the lab is Blue) have lived together but can probably be separated. If you have some temporary room, please contact me immediately, especially for Azula who has a hard deadline. Thanks, Andy 310-362-0321 or andy@FARescue.org – are website is FARescue.org. 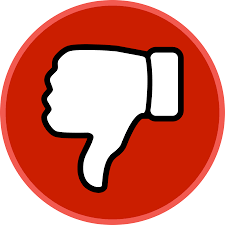 Sender One Climbing in Playa Vista is a very small facility. I signed my kids up for the 1 hour kids climbing class with an instructor (this was their first time doing this type of activity). The instructor was not spotting my daughter and she fell from a high point on the wall injuring her back. She finished her class (and had fun) but we had to give her pain meds to relieve her back pain for the next couple of days. I would still be willing to try another location – just not this one again. 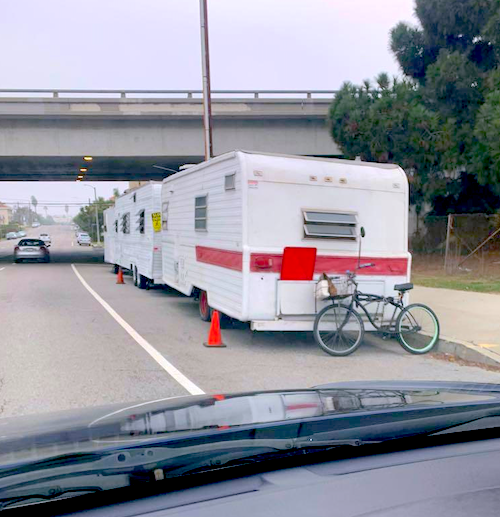 Mesmer RVs are now on Inglewood. Let’s Block it from happening again. The encampment has moved to Inglewood Avenue under the 90. Please, whether you are in Del Rey or Culver Sunkist Park. The parking restrictions on Mesmer end Tuesday morning. We need to make Mesmer unavailable to the RVs. If you can, park on Mesmer early Tuesday morning. 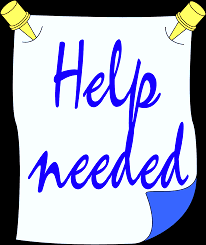 Help needed. Dear neighbors…I’m writing in hopes to see if someone out there has a kind heart to help a fellow friend that has fallen into bad times, like many of us have at some point or another. David has been battling with depression for a few years now. It all started with a work injury, where his hip was fractured. He underwent several surgeries, but the pain was remaining for a while. Pain management drugs were prescribed, and unfortunately, he became addicted to them for some time. He fought hard to get rid of them and he has been battling to get back on his feet. However, last week the only vehicle he owned was stolen. To work he needs a new vehicle, which he can’t afford. He never got compensation from workers comp regarding his work-related accident. The system didn’t work for him. So, if any of you have an old car that has been sitting on your driveway for quite some time, and thought about donating it, or getting rid of it, please let me know. David would be happy to repay your generosity in any way possible. He is an amazing handy worker. He is an expert in bodywork on old and new cars. If your car has dents, bumps, etc.…he is the dude. I hope I didn’t upset any of you with this post. I don’t usually ask for help, but I want to help a good guy get back on his feet. Thanks to all who took the time to read this post. God bless – My email is seglufo@gmail.com 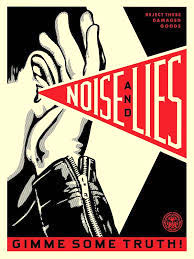 Mike Bonin’s Lies Vs Truth. You may have received deceptive emails and texts from Mike Bonin’s “Stop The Right-Wing Recalls” campaign recently. We need to set the record straight. Mike Bonin and his paid anti-recallers have used nothing but lies to attack our campaign. We are seeking to remove a corrupt, destructive man from the Councilmember office that belongs to us, the voters, and we are using the democratic process afforded to us. He has no record to stand on, lies and targeted harassment are all he has left.

Bonin’s Lie: “Right-wing recall” – The TRUTH: There is nothing right-wing about this campaign. It is a multi-partisan campaign run by two life-long Democrats. Mike Bonin will be replaced by another Democrat (the two leading candidates to replace him currently are Traci Park and Allison Holdorff Polhill). Our volunteers are a political cross-section of our community, mostly Democrats, identical to the political makeup of Council District 11. There is no “outside MAGA influence” – just a large number of fed-up constituents. Bonin feels it is okay to insult his voters, but it is not. All people deserve safe schools, parks, and neighborhoods regardless of their political affiliation or housing status.

Bonin’s LIE: “Dark money recall” – The TRUTH: If you look at our public filings, you will see that our money comes from hundreds of individual residents from West Los Angeles fed up with failure and corruption. You can find our public filings under the committee name Protecting Our Beaches Schools Neighborhoods And Parks – Committee to Recall Mike Bonin (Recall Bonin 2021). Our first filing covering Q2 contributions is available now, and our second filing covering Q3 contributions was submitted November 1 and will be up on the public data portal soon – we encourage you to check back for it. Mike Bonin on the other hand has only received money from about a dozen individuals, mostly residents of other areas. Of note, he received the majority of his money from three sources: $26,000 from two PACs, and a $5,000 donation from Diane Middleton, a Commissioner of the LA Harbor Board. This is a position that is appointed by the City of Los Angeles and was also previously occupied by Bonin’s father-in-law. Dark money? See for yourself. Nothing to see here folks.

Bonin’s LIE: “$49M cost to recall” and “wasting taxpayer money” – The TRUTH: Firstly, if Bonin truly is concerned about the cost of a recall election, he should step aside immediately once we have qualified with enough signatures to call for an election. We currently have more signatures than he has ever gotten votes (Bonin received 31,865 votes in the last election) and every recent poll we have seen shows he will never win a recall or regular election, which is why he is fighting so hard to sabotage our signature collection efforts. Bonin is clamoring hard on the cost of a recall, but we know he could not care less about the efficient use of taxpayer money. Rather, he is desperately throwing any misinformation out there hoping people are too uninformed or ignorant to seek and understand the truth. Recently, mass texts from Bonin’s camp claimed that this recall would cost “49 million dollars.” This is another lie. Previously Bonin claimed this recall would cost $1.2 million (this figure is on his official rebuttal statement on our petition). While it is a shame to spend money that could go to other causes, Mike Bonin’s frivolous waste of taxpayer money easily eclipses this amount. 1.2 million dollars is .001% of the city budget and a great investment on stopping his wasteful spending. Bonin was behind the HHH debacle which has cost taxpayers billions of dollars. He just recently took 5 million dollars of taxpayer money to “clean up the Boardwalk,” but he has ignored multiple requests from various parties for transparency around how this money was spent. Sales tax revenue was lost due to his policies hurting businesses. These are just a few of countless examples of his waste of taxpayer money.

Bonin’s LIE: “Signature gatherers are committing misdemeanors” – The TRUTH: Mike Bonin has knowingly falsely accused the campaign of committing crimes, which is itself a crime. He claimed our volunteers are “not offering Mike’s official response.” This is laughable, as it is literally on the petition for anyone signing it to read, right below our notice of intent, available in both English and Spanish as required by law. Our signature gatherers are circulating bound petition booklets with the exact petition content that was approved by the City Clerk. Our petition is also available online to print and send in, which includes Bonin’s official response, as you can see for yourself. His response itself reads like a drunk 3 a.m. tweet, so we aren’t even sure why he wants to publicize his response, which is another long list of lies. As far as not disclosing top donors, every petition has a donor sheet with it, top donors are listed on our website at the bottom of every page, and every piece of literature we send out.

The TRUTH: Mike Bonin is unethical and dangerously vindictive. This is not a man any good, compassionate person should stand by or defend. Many members of the business community, and even former friends and staff, have shared personal stories with us about his vindictive behavior as their reason for supporting the recall. We have had people who deal with Bonin tell us they want to sign the petition but are fearful of what he might do should he find out. We experienced this firsthand when Bonin used his official anti-recall committee to smear our campaign and then dox the leaders of our campaign, which resulted in vandalism. LAPD responds to a report of vandalism at the home of Bonin’s recall backer (LA Times). Our campaign has been run solely by facts and quotes from Bonin himself. Please have a look through our Twitter account and see for yourself. Meanwhile, Bonin has run on lies and targeted harassment. He lashes out and attacks his “perceived enemies.” We have many more lies to refute. Stay tuned. 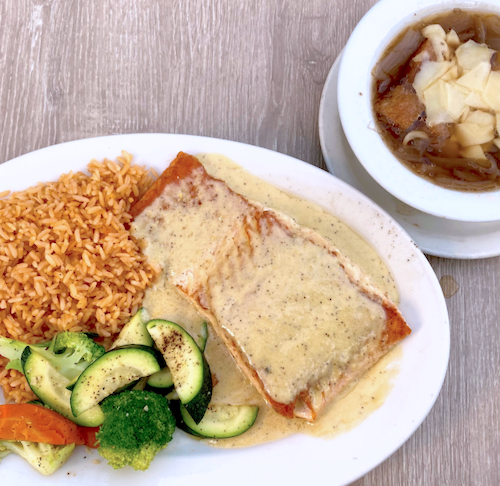 EYES ON OUR COMMUNITY – HOW DO YOU SEE THINGS? 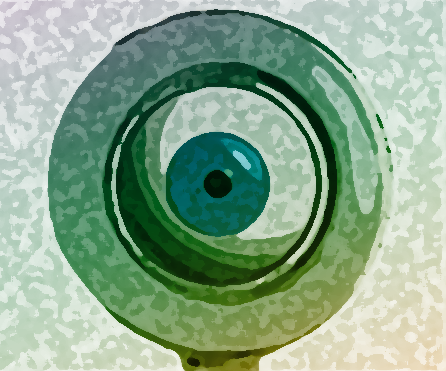 How do you feel? Share your comments with us at: PlayaVistaPeople@TimeWire.net

2. ** Both the food quality and the service at Baja Fresh in Marina del Rey made McDonald’s seem like the Four Seasons. Never again. —- Arthur B., Marina del Rey

4. ** Much wine was drunk and all pretenses of table manners were soon discarded in our latest family dinner in Culver City. —- Andrea Z., Culver City

5. ** Each of [J. G.] Ballard’s 98 short stories is like a dream more perfectly realized than any of your own. His personal vocabulary of scenarios imprints itself from the very first, each image with the quality of a newly minted archetype. —- Sophia L., Culver City